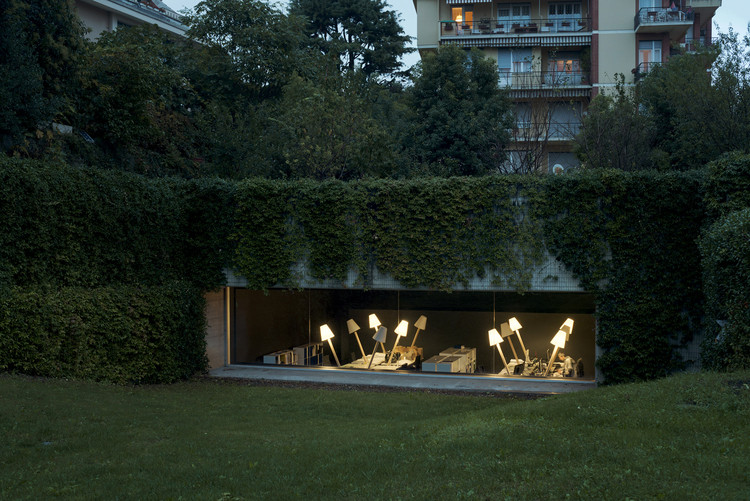 This space was a new building in 2005-2007 designed by Carlo Bagliani + Vittorio Caponnetto + Valter Scelsi, Sp10 (www.sp10.it) as a garage for cars, and then published in 2011 by Casabella  (n.799) as “space for art”. In 2013  the whole inner space was completely redesigned by Carlo Bagliani (with Stefano Mattioni and Pamela Cassisa, www.carlobagliani.it) in order to settle a new office of architecture.

The space was built as an underground garage (at the time it was the unique destination permitted by the legislation) but was nearly  immediately used as a temporary space for art for a short period (when it was designed we were already thinking about this future destination); in this period the space was also used by an informal painter, as an atelier.

Then, when Sp10 closed down, it was decided to settle a new office of architecture in the space and refitted it for this new destination. The office is set in a populated residential eastern neighborhood of  genova, just some kilometres from downtown. It’s a stand alone building with a large garden surrounded by 6 storyes buildings.

The new design started from the basics to respect the original open space building designed by Sp10, just adapting it by the minimum effort to the new destination. Just three secluded spaces were realized: one meeting room, one space for restrooms, one space for archive. The archive is a grave and dramatic monolith set in the openspace, and it can be circumnavigate, creating different areas.

The whole surfaces were insulated and then coloured in black (rubber for the floor, paint for walls and ceiling). On the garage ramp was set a platform for the reception, with a large window.

Most of the machinery were concentrated (the electrical system on the floor, the air conditioning on a single wall under the large window) in order to get large clean surfaces (the whole ceiling of the open space;  most of the walls).

Also the wooden-metallic furniture (designed by Antonio Norero, Sp10) was concentrated in a compact sequence; each table hold two lamps, creating variable effects of light and shadow on the ceiling and in the openspace. The office is very comfortable, like a dark and quiet cavern looking to the sunny grassland outside through the large window. 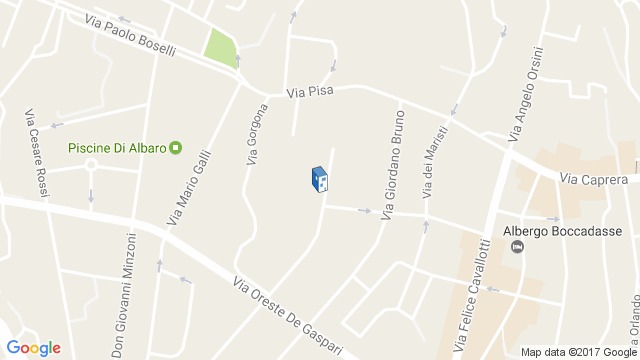