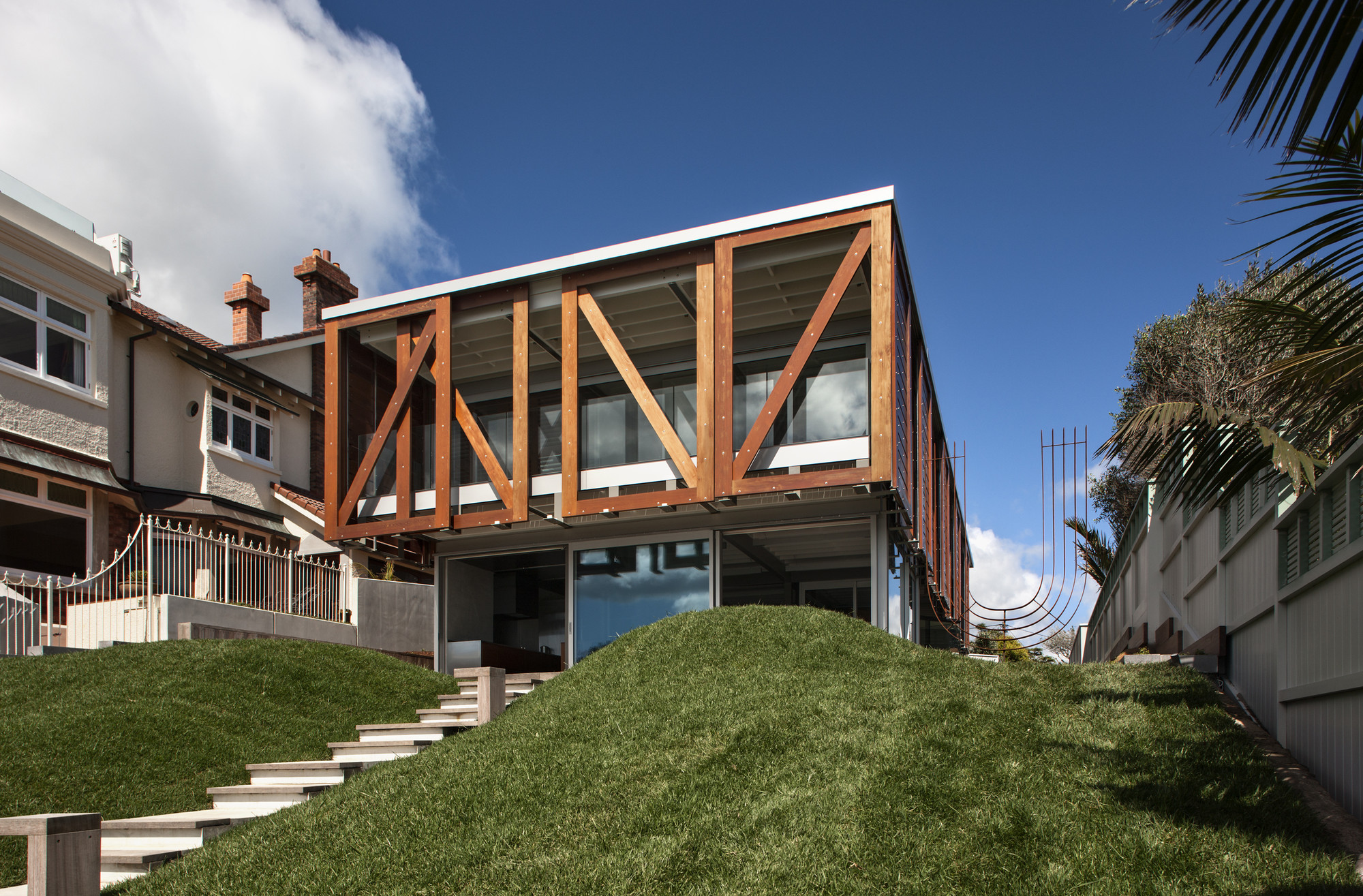 Text description provided by the architects. The design for the new houses at No. 25-27 William St share a common platform, although these sites will form separate applications, they are conceived of as complimentary activities and are thus discussed together. The key ideas are expressed as follows.

1.  The retention of the original “bach era” landscape.

The existing house at the beach at No 25 William St sits at the top of a lawn that is  open to the Takapuna beachfront. This is now one of the few sections the opens so generously onto the public domain. This is seen as a positive gesture to the public space of the beach front and recalls an historic house type which is now rare in this region. This lawn or green space features a simple concrete path that extends to the beach from the house.

The intention is to retain and extend this green space and the axial path from the beach through to the William St address. This strategy involves opening the sites up to each other and linking them with a consistent landscape treatment.

There are two significant trees at each end of the combined site. These are to be retained as they are large scale plantings that will book mark the site. Similarly two traditional outbuildings are to remain at either end of the house on the front section.

2.  Linking the buildings on the two sites.

An extended pathway from simple materials is to link the buildings on the two sites. The new buildings will be detailed to merge with the land form or , conversely, be strongly defined objects on the lawn and path. They are to be simply clad in robust, weathered hardwood panelling buildings with a concrete base. These materials are found from the existing “bach era” landscape as we’ll as the foreshore and neighbourhood.

The minor dwelling near William St at No.27 is to be clad in naturally weathering brass or copper metal panel it is intended to sit close to the retained large Puriri tree and form a  detail on the site, a notional gate house or street elevation.

There are to be three discrete house forms. These have a combined plan area which is similar to the two existing dwellings to be removed.

The house and minor dwelling at No. 27 are ancillary dwellings adjacent to the main house at No. 25. These are spaced at opposite diagonals on the site and appear as one room (5m) wide towers from the road. At their highest they are between 100-800mm higher than the existing house on the site but over a far smaller area.

The three houses will fit easily in the general pattern of the neighbourhood. They will rarely be seen all together and will appear as modestly scaled.

The new houses are notionally thought of as a small collection of containers or vessels. The content of these packages, set back behind robust claddings, are finely detailed and glazed.. The houses, or packages, have been placed and arranged so that the cladding conceals the content from the more public approaches and reveals the interiors as one accesses elevations that are interior to the site.

This subtle theme is developed further with the provision of folding and sliding able to be manipulated to suit the requirement of the inhabitants. 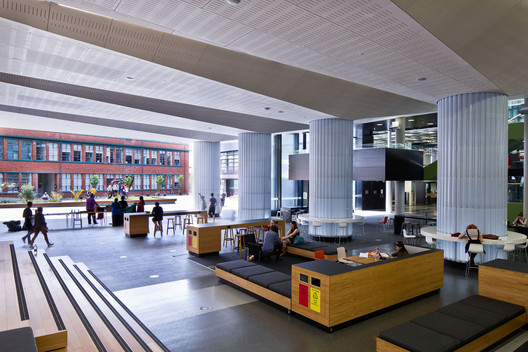