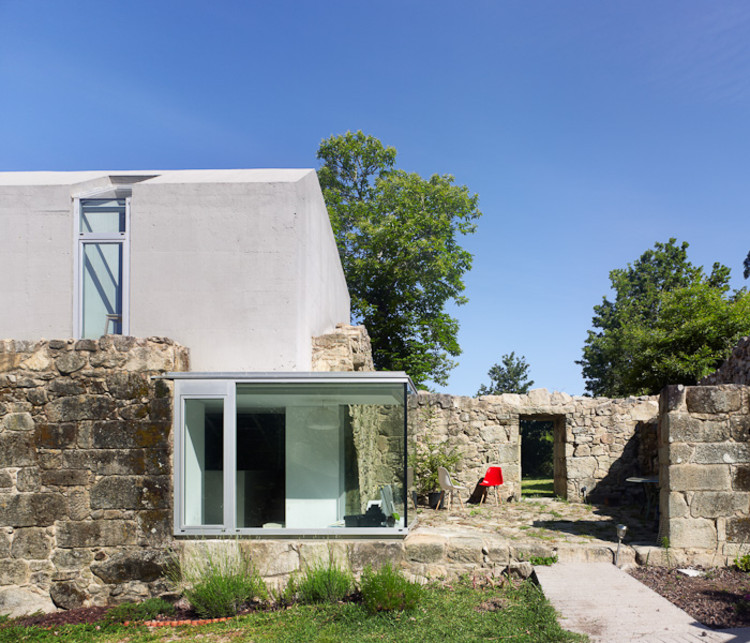 Text description provided by the architects. Wandering, living, capturing moments. A series of pre-existences, petrous rests of an old , tradicional-farming structure; a table under the leafy glicinea, that has greeted meals and family reunions troughout decades, and the nearby pool; they all become the origin and the plot that set the space bound to be a living place. Also, a sloping terrain garnished with small terraces, an auburn that grew up sheltered from the ruins and the experience of life in the parcel, the sun's haul at a southwest-facing valley, the heat in those long days of summer, the wish of light for the late fall. Those every-day little moments.

It is a matter of experiencing through the generation of a continuum of intermediate spaces newly built that link the ruins, three pieces grouped in line, and bring together their diverse condition and character that gives them their position-orientation, to provide the project with complementary areas in addition to those news ones previously  proposed. In this way we explore the manner they generate different sets of filter control, climate, light or privacy; as a system of joints that connect landscapes and moments.

The most private areas are disposed with some independence at the ends and between them a continuous space wraps adapting to the topography. The previous character of the ruins' spaces, more introverted, contribute to the domestic area with those most intimate moments that contrast with the exterior in the reconstructed region, as well as open courtyards where the walls and ruin process had generated them.

The remains of the existing building are treated as ruin consolidating the masonry walls by cladding concrete that continues as slab evoking the original volume,  and thus emphasizing the private nature of the ancient construction.

A concrete slab that mimics the topography of the area, wheatherizes and defines the continuous space,  with a slight enclosure of specialized layers that performs as an active membrane, with diverse compositions depending on their orientation and high capacity for handling and further processing by the users.

The offset of the sealing layers as well as the one of the slabs with them creates ephemeral spaces at the will of the people. 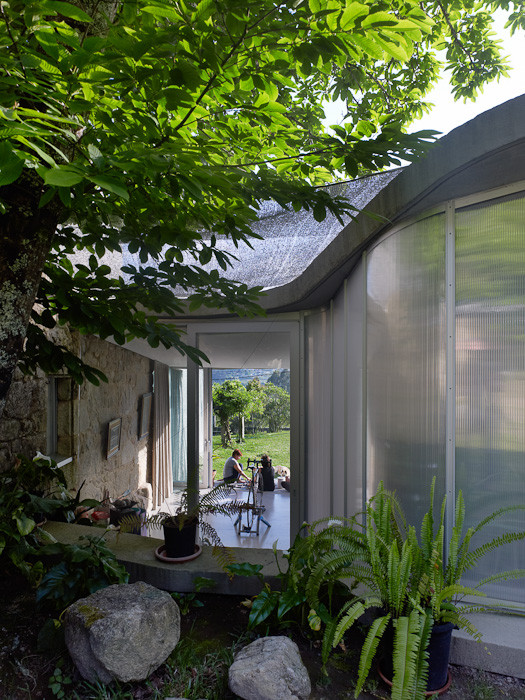