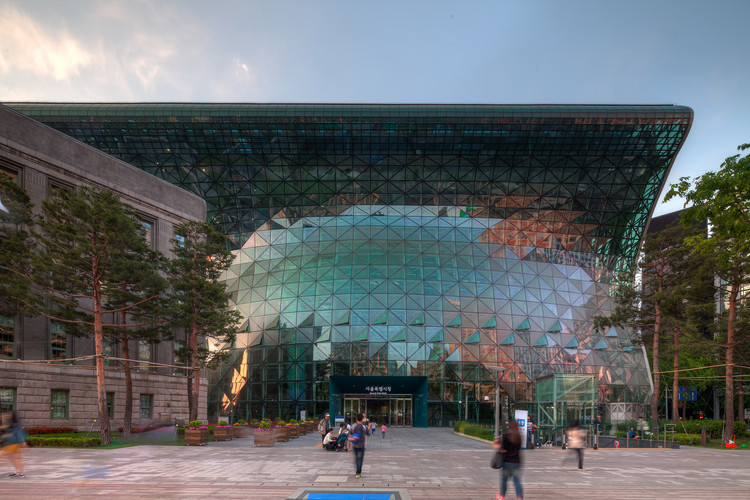 Text description provided by the architects. The Seoul New City Hall has to be a future shape architecture which goes with the Korea terrain that adapts to the Seoul citizens’ cultural emotion. The familiar horizontal line of architecture and deep shade of roof is suitable form for Korean terrain and climate. The Spatial relationship between architecture and urban structure of Seoul is very different from the western one. The Korean living space has no axis or facade which can be seen from the entry, because it consists of mountains and valleys. The Korean think experience of space is more important than optical object, so entry of architecture is diverse space like open or close, not just straight line.

The Seoul new city hall wants to be a future architecture that goes with the culture and terrain. The design comes from Seoul square. Seoul square is a symbolical center of Seoul and the only existing outside public space. The concept design is a vertical extension of Seoul square. The Seoul city office is arranged in back of the vertical square and cultural facility is in top space. The cultural facilities are hanging. The Multi-level hanging terraces are liked linking to this culture facilities. The breathing curtain wall which is designed for wind-circulation hugs Vertical Square, culture facility and multi-level hanging terraces.

The space where hanging terrace surrounded by this curtain wall is ecology square that have sustainable eco-system and green wall. The City administration is opened to citizen through overall vertical space of office and that symbolize transparency and democracy of Seoul city hall. The Citizen can access to new city hall through existed city hall and bridge on sunken square to open basement one floor. The Seoul-new city hall is completed by linking the past and future of Seoul square`s. 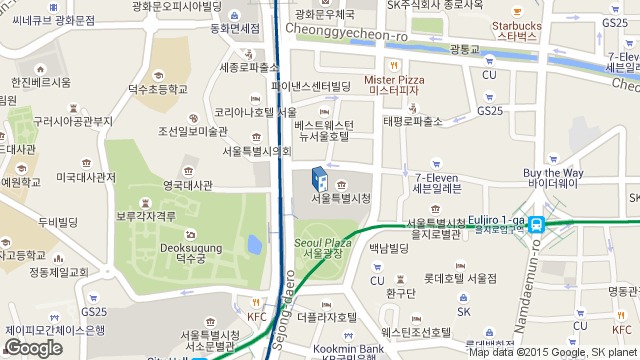 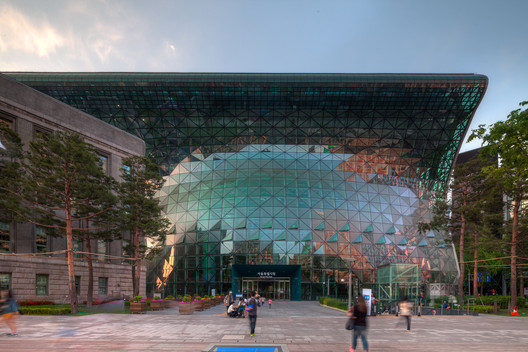