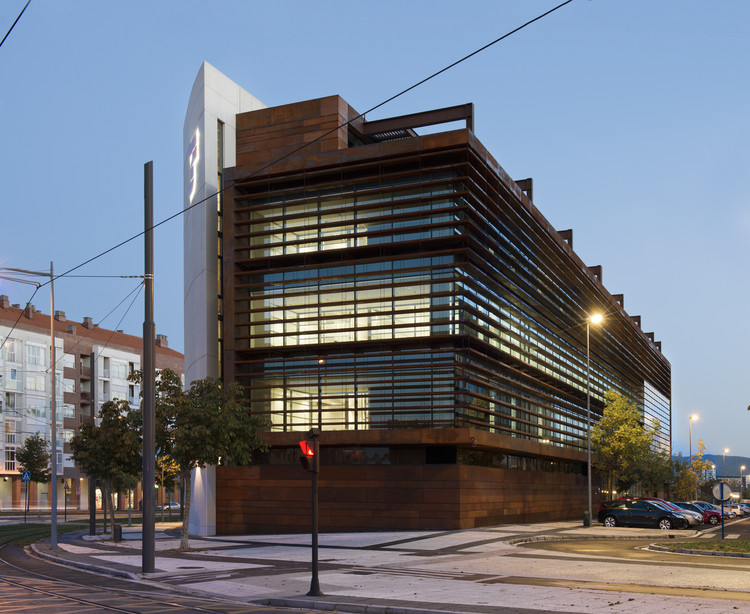 Text description provided by the architects. The Project consists of an office building for a public organization. The order is the development of a blueprint for two buildings that constitute a homogeneous group with a common image and the project execution and construction of one of them leaving the other for a later stage.

The main intention of the project has been to achieve a landscape office building highly flexible that could take advantage of the best conditions in terms of lighting and quality of the interior space. For this, the building is divided longitudinally in two corridors among an enlarged court and the communication cores enabling to have natural lighting in both sides. The interior space, which is completely diaphanous, is reached by beams of 11 m length each one.

Given the notably slope of the plot and its great length, it has been decided to unify in a visual manner both buildings with a large upper concrete frame. In this way, we achieve two buildings in spite of having its entries in a different elevation keeps an image of unity because all the floors above the basement are at the same level. After such a top concrete frame is settled the technic floor, and in a same way, all fitting out machineries keep hidden through the outside and are covered by a solar roof.

In order to reach an image with a unique and adequate representation to its purpose, this building contains a large outdoor landscaped atrium entrance that welcomes visitors. This is possible due to the reinforced concrete beam waged a span of 25 meters over the previously mentioned atrium where the last two floors are posted.

The proposed needs program is developed into four floors above ground, containing two underground basements. Above ground, a floor is to be planned with a public access followed by three landscape office floors and a penthouse with a big terrace. 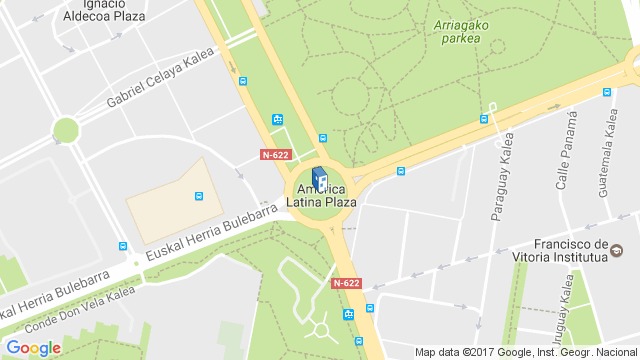 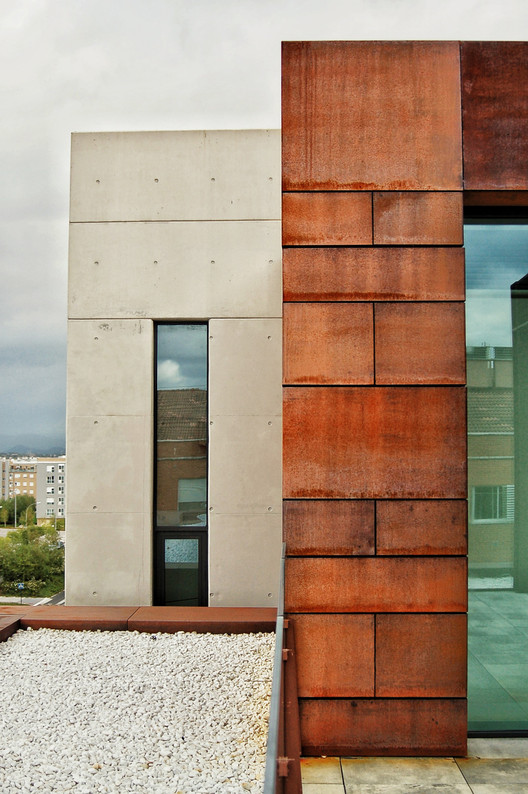