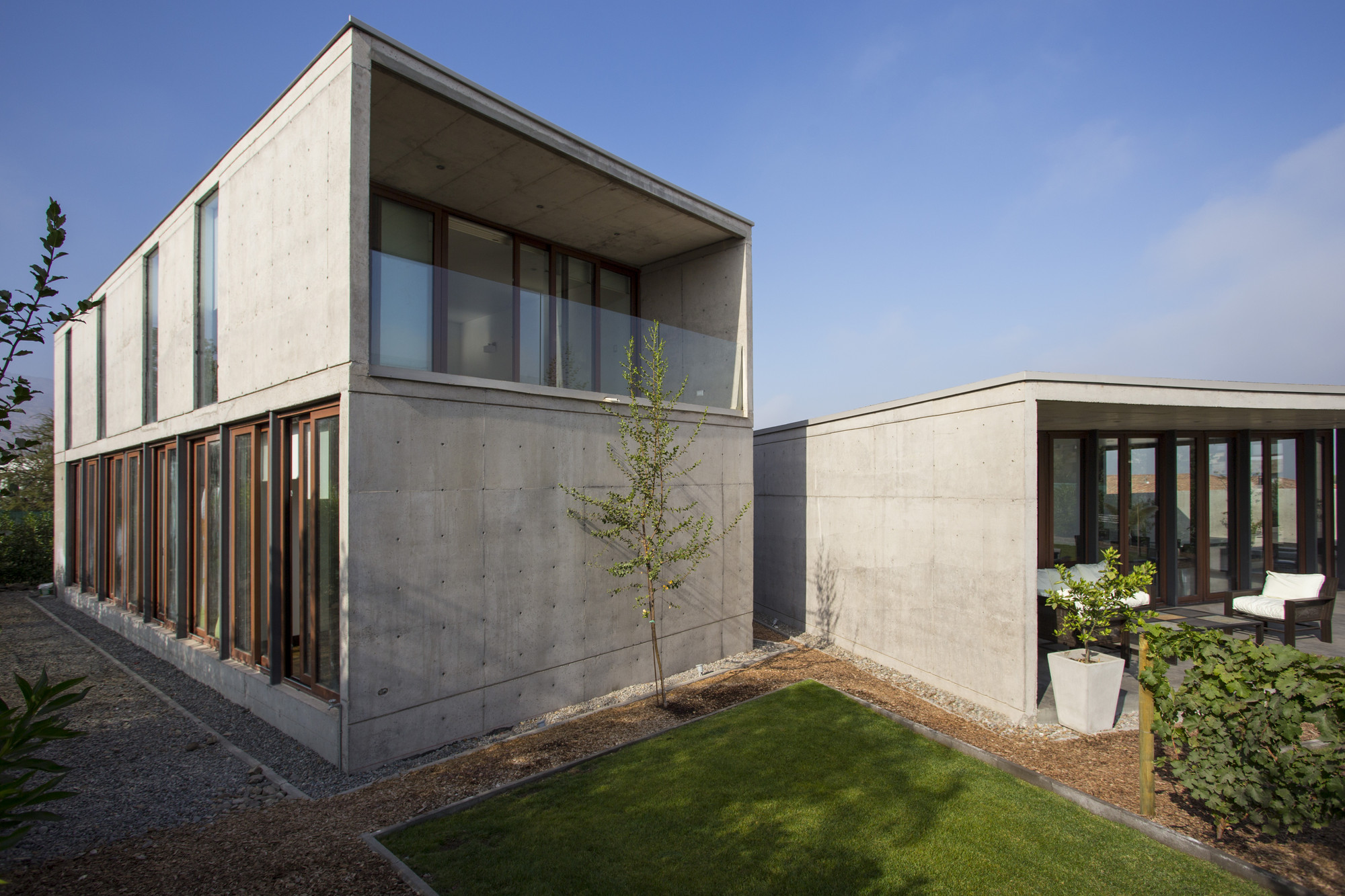 Text description provided by the architects. Located on the outskirts of the city of Santiago de Chile, in Chicureo Valley, Los Bosques house arises from a commission from a young family who previously lived in an apartment in a high density area in the municipality of Las Condes.

For them, the expression of contemporaneity in the house played a key role in the commission. Simple lines, flexible space, connectivity with the exterior, and a central courtyard were part of their requirements.

As he works in marketing for a vineyard, he was eager to participate and see his concerns reflected in the design process, which is why the proposal was a joint effort with the owner, his role was critical to appropriate his house.

The irregularity of the ground and the clear need to divide the public from the private, resulted in a central courtyard generating two right angles, with the access at the point where they meet.

The location of these two angles on the site follows its boundaries. The open areas between the built spaces are used to generate the access and interior courtyards, the latter lets natural light into the children's living room and the corridor leading to their 3 bedrooms.

The master bedroom is on the second floor, with views of the hills.

The public angle has no divisions between its enclosures, only the kitchen, which can be isolated with a sliding door. Its continuous pavement with the exterior and the glass facade of the living-dining room allow to expand and enjoy the garden inside the house.

Materiality in architectural concrete (Moldar), wooden frames and wooden flooring made of discarded wine barrels give an honesty to the house which allows it to age with dignity.

The green roof designed for the first floor is for the near future. 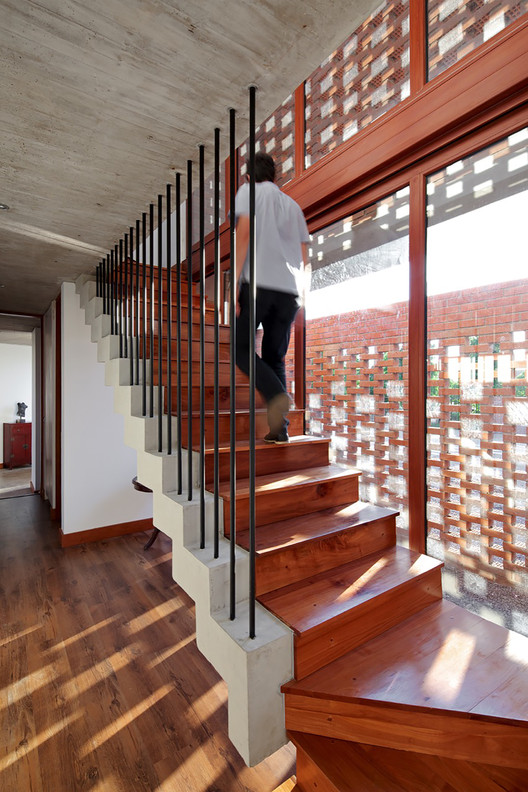