Text description provided by the architects. The Cidade das Artes is situated between sea and mountain, in the center of fourteen kilometers of plain which saw recently developing the new major district of Rio de Janeiro: Barra da Tijuca. The landscape is monotonous, deprived of strong urban marks and public spaces. The site is structured by two highways that cross the district. In the centre of this cross, designed by Lucio Costa, the Cidade das Artes will be in the very heart of the new city.

The building is a little city contained in one big structure raised and established on a vast terrace ten meters above ground, from which one will see the mountain and the sea, floating upon, a public park, a tropical and aquatic garden, draw by Fernando Chacel.

This terrace is the public space; it is the gathering place that gives access to all facilities. There, Cidade das Artes will gather a large variety of places: a concert room, worldwide unique, because convertible in room of opera and in theatre, a room of chamber music and popular music, movie theatres, dance studios, numerous rehearsal rooms, exhibition spaces, restaurants, a media library.

The Cidade das Artes is seen as a large house, a great veranda above the city, homage to an archetype of Brazilian architecture.

Between the two horizontal plates of the roof and the terrace are set the large curved concrete walls that contain the halls in an interplay of volumes and voids. The project is a public symbol, a new landmark in the greater Rio area, an urban signal, floating on the plain with a large visibility.

The architecture echoes the beautiful curves of the Siera Atlantica Mountains and the line of the sea.The place will become, for the travellers of the train which will arrive on Ayrton Senna Avenue, the front door in Barra da Tijuca. 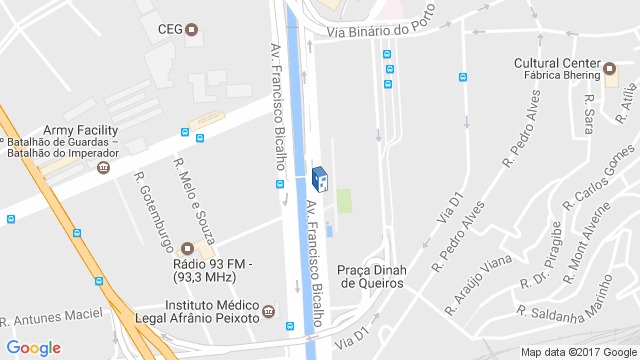 Location to be used only as a reference. It could indicate city/country but not exact address.
Share
Or
Copy
About this office
Christian de Portzamparc
Office
•••