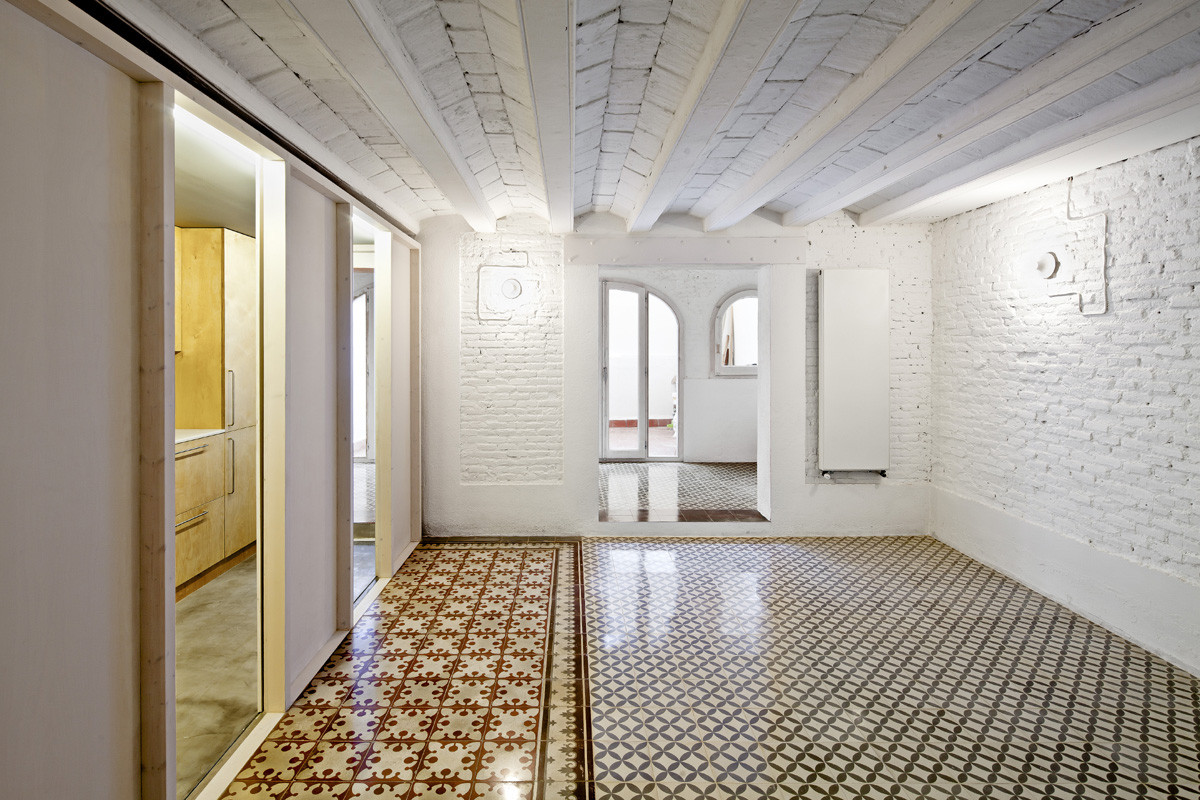 The apartment consisted of a set of spaces where different times, superimposed, could be appretiated. Various uses had accumulated elements and layers on the walls throughout the years, and had finally formed a strange and blurred environment. Despite the confusion, we could appreciate the power of its original defining characteristics: a structure of linked spaces separated by a succession of load-bearing walls, a floor mosaic differentiated according to a hierarchy of uses, and ceilings in a rhythm formed by ceramic arches and wooden beams.

We thought that a restoration project should make the most of what is found. As happens in the city, which is a conglomerate of different historical times that contaminate each other, that are woven into a complex and ambiguous whole. Although what was preexisting in this case did not have an exceptional heritage or historical value, it was perfectly usable and attractive, and led us to a recycling and transformation strategy, with fuzzy boundaries, into which we inserted new concentrated and distinct functional elements.

The preexisting accessory elements on walls and ceilings were removed, down to the essential elements that define the space. A strategic (not "hygienic") cleaning was performed, keeping traces, marks and layers of paint. A consolidation process (structural reinforcements and stapling cracks) returned firmness to critical areas. A chromatic homogenization and optimization of natural lighting was also performed.

By building closed autonomous modules, like boxes, the program is redistributed, placing services and storage spaces in them. These volumes maintain the white finish, chromatically unified with the container space. A timber substructure is installed on the outside, in the manner of packaging, highlighting the importance of the interior.

Building facilities networks are strategically concentrated in the interstices between the "boxes" and the general space, avoiding new cracks on the vertical surfaces. 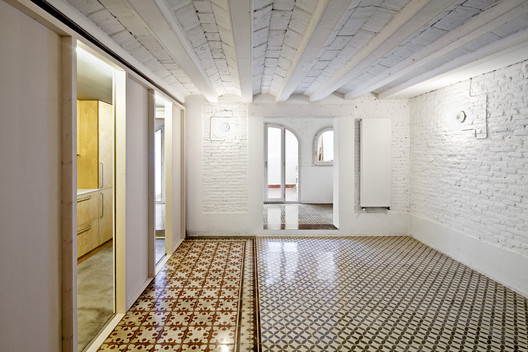