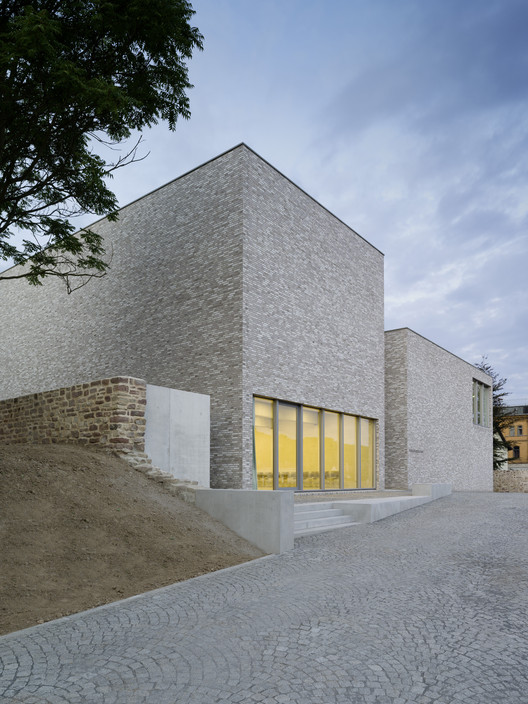 Text description provided by the architects. The building, which is one of the UNESCO’s WORLD HERITAGE SITES, was extensively renovated and through a new building completed into a museum showing a permanent exhibition as well as exhibitions presenting diverse and specific aspects and topics.

The basic principle for the restoration of the building were the historically documented reconstructions by Friedrich August Ritter in 1868 and Friedrich Wanderer in 1894.

The relocation of the main entrance and all other important functional rooms into the new building made it possible to largely preserve, resp. conserve the existing basic structure of the building.

Because of its clear cubature and structure, the new building that has been connected/attached to the existing one expresses itself in a self-conscious and contemporary speech, still it subordinates itself under the existing(latter) and its environment conditioned by  the materiality of its front/facade as well as the differentiation of the single parts of the building in dimension and height.

Because of  the mutual integration of new and old(existing) building a significant and impressing round tour through the museum rooms has been developed, - a tour that confronts the visitor with a diversity of aspects and themes of the permanent exhibition „ LUTHER’S LAST/FINAL WAY“.

Note: This project was originally published in 26 November, 2013 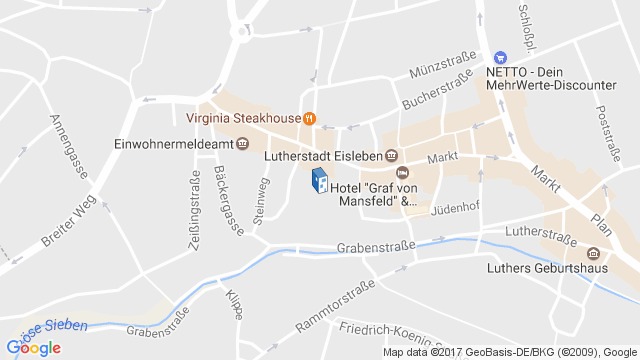 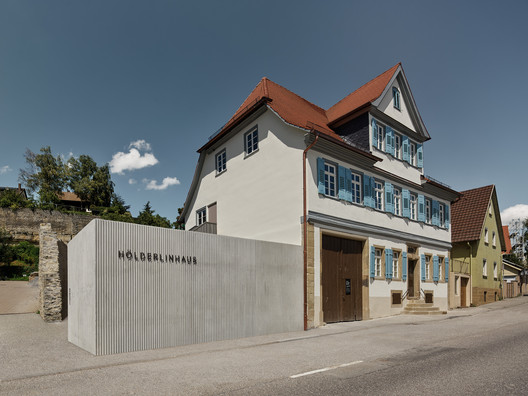