For architects, Louis Kahn's Kimbell Museum has long been hallowed ground. For Renzo Piano, who designed the museum's first major expansion, it was also an enormous difficulty to overcome. His addition to the museum could be neither too close to Kahn's building, nor too far. It had to solve a parking problem, yet respect Kahn's distaste for cars. It had to respond to Kahn's stately progression of spaces—and that silvery natural light that make architects' knees go wobbly. And yet it could not merely borrow from Kahn's revolutionary bag of tricks. 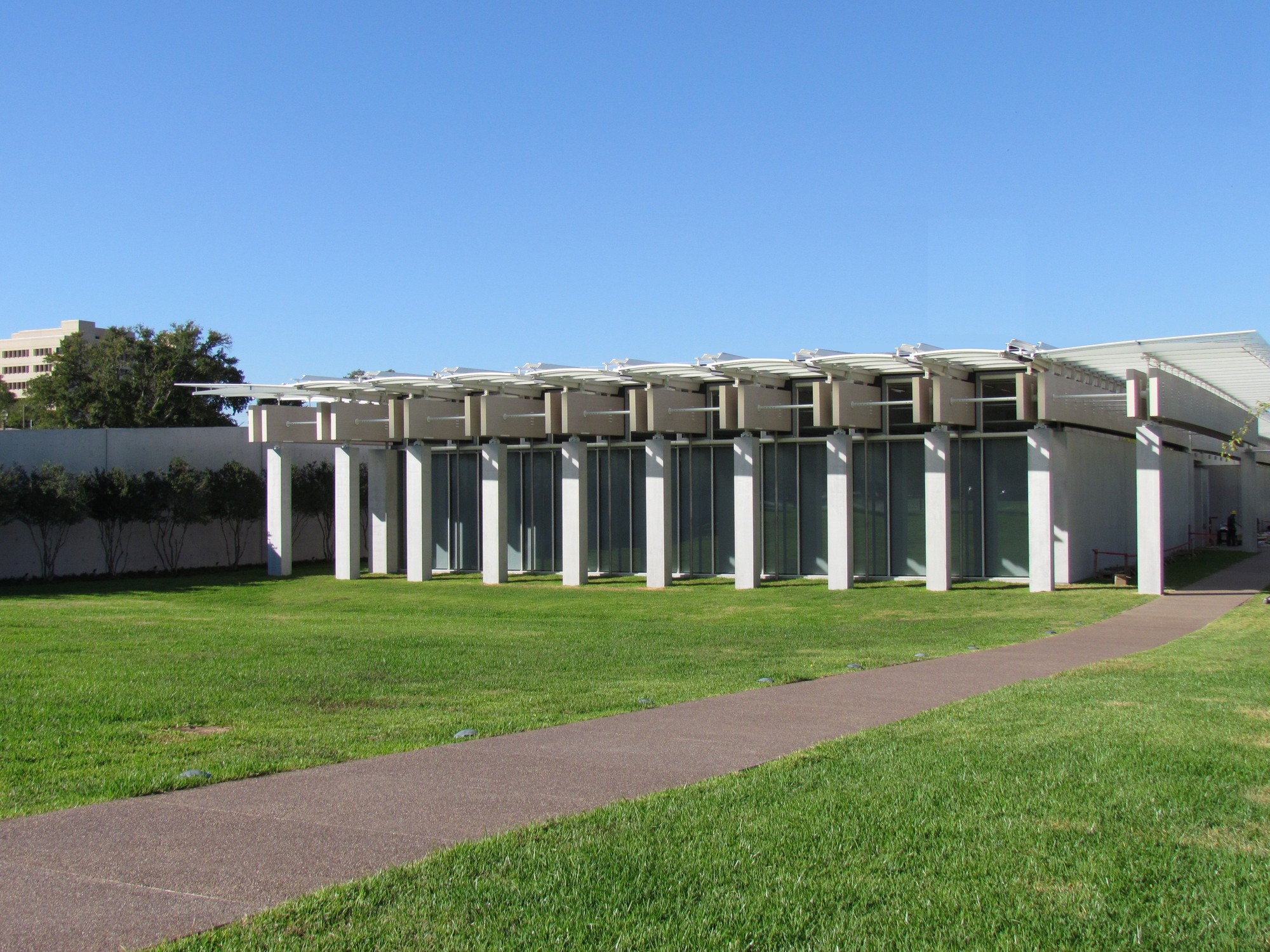 I made my first pilgrimage to the Kimbell in August of this year. Across a muddy construction site, I imagined another of what critics have described as Piano's technically sublime but aesthetically sterile museum buildings. From Boston's diminutive Gardner Museum to his vast annex at the Chicago Institute of Art, people have compared his recent works to airports and suburban office parks.

But Piano surprised me. I returned to Fort Worth in October, just as the new Piano Pavilion galleries were being hung for the grand opening on November 27, 2013. I expected to find a series of highly functional museum spaces that, at best, would achieve an elegant discretion. Yes, his work grows out of a profound engagement with Kahn. But more than this, Piano, in confronting all the double negatives of his program ("not x, but not not x"), has created building that has its own language—and its own greatness.

Piano was the natural choice for the job. He began his career in the late 1960s in Kahn's office. After Kahn's death, he stepped into the master's shoes to design Houston's Menil Collection, which, like the Kimbell, is celebrated for transforming the Texas sunshine into an ideal medium for seeing art.

At the Kimbell, Piano's first bravura move is, appropriately enough, invisible: a parking structure buried between the two buildings. Until now, most people have entered the Kimbell via its inauspicious back door, close to the old parking lot. Now, visitors will emerge from the new underground lot to behold, across a lovely new lawn, Kahn's main façade—an ideal architectural intervention that makes the Kahn building more itself.

The space between the two pavilions is Piano's second invisible masterstroke. Neither too close nor too far, the buildings communicate not with a shout but a harmonious murmur. And the lawn framed by the two buildings becomes a third element in the complex—an inviting negative space to refresh the mind between masterpieces, or simply to toss a Frisbee on an idle afternoon.

Then, of course, there is the Piano Pavilion itself. It echoes Kahn's in so many ways: the three bays, the recessed entrance, the square columns, the 22-foot ceilings, the 300-feet-wide façade. Above all, the two buildings share a common reverence for natural light. Yet Piano uses 21st-century technologies to create a nimbler, more buoyant building. The roof seems to float on top of massive wood beams. Rather than adding travertine to the floors, Piano sticks to light-colored oak. Even the moveable gallery walls are thinned down to a mere 10 inches. Whereas Kahn's building feels like a massive monument unearthed from an ancient past, Piano's Pavilion seems to have been constructed from a highly sophisticated kit, one that could be taken apart and reassembled on the fly.

If I had to identify a weakness with the Piano Pavilion, it is that it contains perhaps too much information, both in terms of forms and materials. Or at least you can't help thinking so in the light of Kahn's building, where everything is stripped down to the elemental. I also miss Kahn's enveloping shapes, tactile natural finishes and more intimate dimensions, all of which seem to bring you into closer relationship with the art itself.

However, I hesitate to call these differences defects. They could also be seen as deliberate counterpoints in a complex and beautiful relationship. A great deal of ink will be spilled as critics, like Goldilocks, try to determine if Piano has paid Kahn too much reverence, not enough, or just the right amount. Individual opinions will vary, but of this I am sure: I would like to return again to the Kimbell as soon as possible, not only for its breathlessly good art collection but also to listen in on the fascinating architectural conversation taking place across that fresh green stretch of lawn.

Follow this link to find more information, including images and drawings, on Renzo Piano's new pavilion at Kimbell Art Museum.