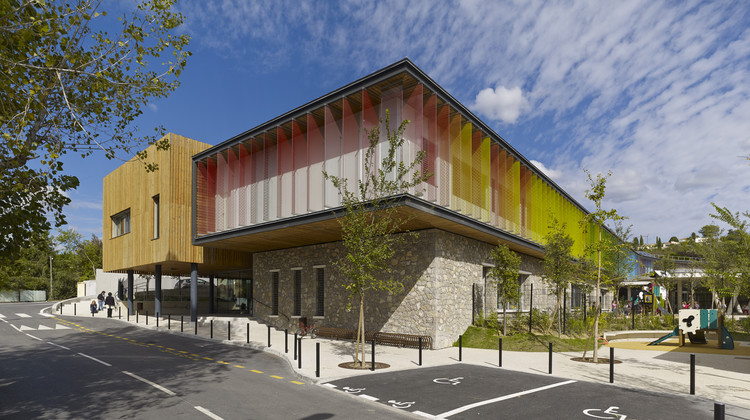 Text description provided by the architects. The program : The project consists on the construction of  an eight classroom’s primary school, a three classroom’s maternal school and a central kitchen (750 meals a day) which will supply several schools in the district.

The building area is upwards 4000 sqm and it will be managed by the client, the La Colle sur Loup Council.

There should be a different entrance to each programme.

The place: The project is located on an  outstanding setting: an exceptional wooded space in the heart of a detached houses’ neighbourhood.

The long-shaped plot is characterised by a north-south slope which faces the south. It hardly leads to the public space.

With 5000 sqm (around 50x100 m), the building is rather humble considering the whole areas required by the program.

The project: First of all, we took advantage of the plot’s lengthened shaped in order to place the regional central kitchen far away from the public space. So that, the school is located in the forefront.

The loading bay of the kitchen will be well identified and isolated from the public area, as well as the nuisance for the neighbourhood will be reduced.

The slope enabled us to organise both schools (primary and maternal schools) establishing direct connections with their own schoolyards, as two superimposed ground floors. The maternal school, at the bottom of the site, benefits from an exterior space facing the south. Just at the other side of the site, the primary school enjoys a north-facing playground.

Finally, in order to gain some exterior spaces, the roof has become part of the school areas. Considering it as an extension of the schoolyard, children can partially reach some parts of the roof. Because it is seen from the surrounding areas, the rest of the roof is widely planted with some graminaceous plants which dance with the wind. This thick complex allows to reinforce the general inertial mass of the building.

Given the lengthened shaped of the site, programs are developed in length, taking advantage of the propitious north-south orientation. The architectural treatment seeks to reduce the scale of the building as well as it “makes people want to live the building”. Therefore, the ground floor is perceived as a pedestal. Over it, the south facade shows a double facade: a succession of colourful “brise-soleil” which orient themselves according to the sun and the moment of the day.

The environmental quality of the projet has been a permanent aim during the whole project conception, enabling the building to achieve the BEPOS level (Bâtiment à Energie Positive which means positive-energy Building). An exterior insulation has been chosen to favour the interior higrotermic comfort. The fact of having reached an optimal natural lighting into the building enables the project to save energy. The whole interior circulations are naturally lightened. Some roof lanterns have been placed at the end of the classrooms in order to have an appropriate light level in the whole space. 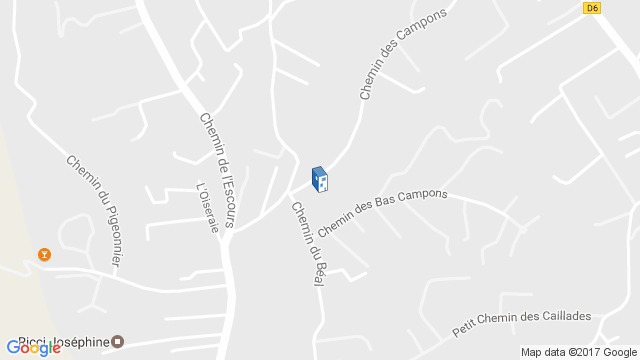 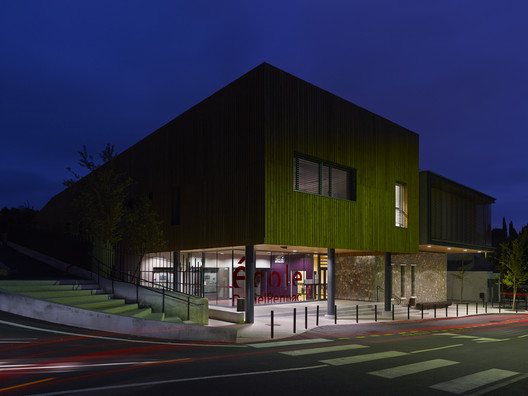