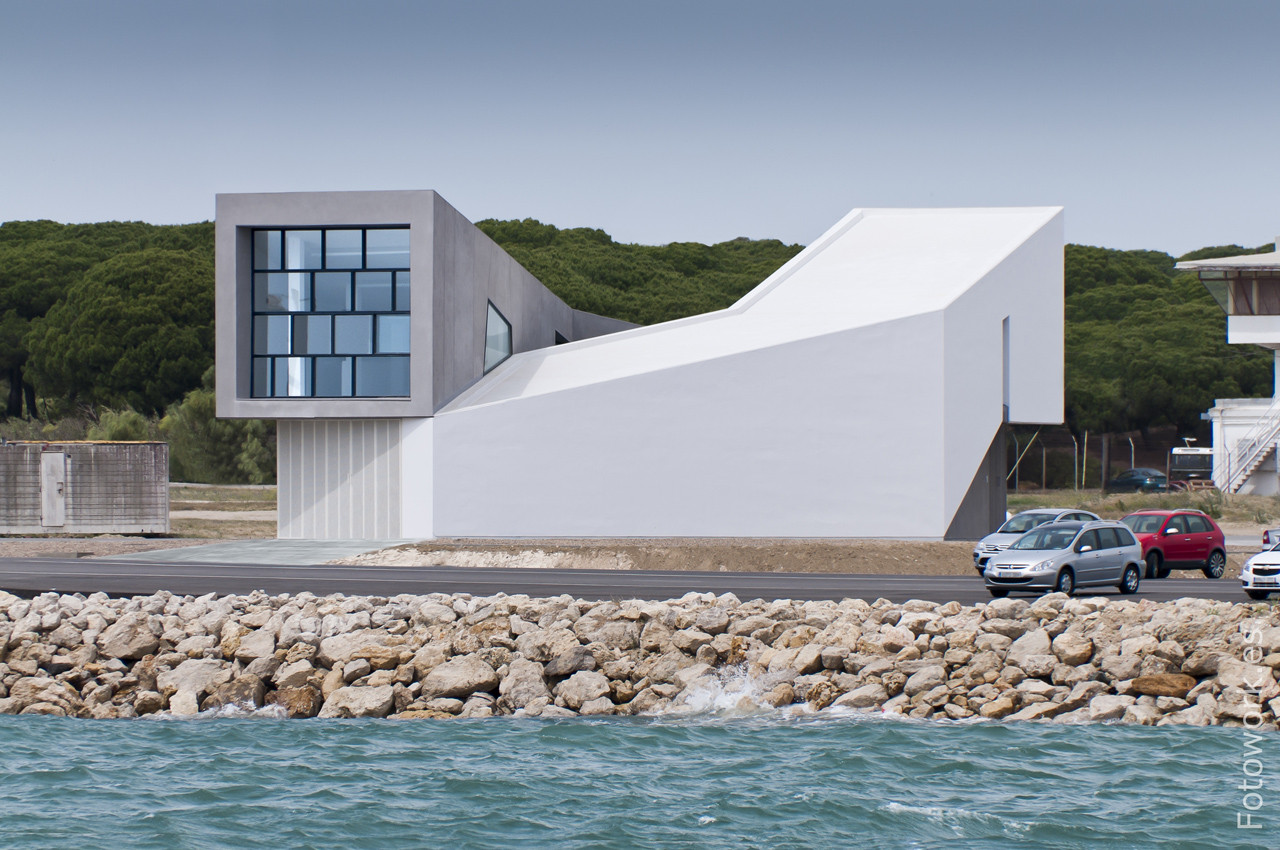 The new 2722 Building is an auxiliary building to the new Small Vessel Pier for the Rota Naval Base (Cádiz - Spain), and intends to house maintenance and security offices for the Spanish and US Navy. The joint-use building typology does not exist in the Rota Naval Base, so it is an opportunity to rethink the functional and representative complexity of such situations.

The building consists of two equal and symmetrical areas, with two different users (Spanish Navy and U.S. Navy). The program is designed from a ground floor for lockers and changing rooms, in continuity with an upper floor of offices. This continuity is formally reflected in a gesture of lifting, which leaves room to house the ground floor of the opposing party, in a gesture of entanglement.

There are two intertwined, longitudinal pieces, forming a courtyard between the two. Each piece has an approximate length of 30 m and a width of 6 m throughout. The two roofs are symmetrical on an slanted plane, with an inclination of approximately 20%, reaching their lowest point at a height of + 2.65 m in the garage area, and the highest point in the administrative mezzanine area at a height of + 8.19 m.

For the exterior finish, we have attempted to display an abstract image, with reference to warships docked in the port. Materially, we have differentiated the two pieces based on color and texture, marking the development of each of the two parts, giving them texture and applying a different color to each. Both roofs will be coated in the same shade as the facade walls, thus clearly differentiating both pieces even in their roofs.

The ground floor contains two different programs: on the one hand, a Pañol to store material, which even has a separate access door, and next to it the toilets and changing rooms, and a small utility room. The separation of both programs is done with the entrance hall with a double height space, where the staircase leads up to the mezzanine.

The remaining spaces, below the mezzanine floor slab on the first floor, are areas of travel and access to the building, forming a spiral path from the outside to the inside and wrapping the space, reaching the main entrance of each unit, the difference with the central courtyard is marked with a change of pavement. 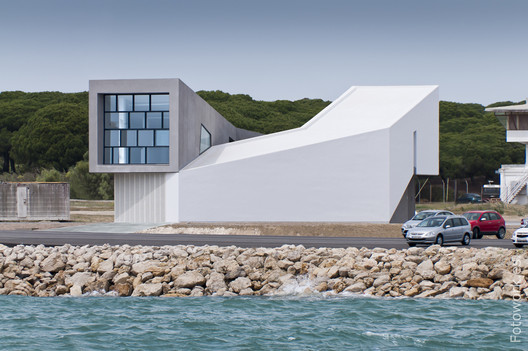