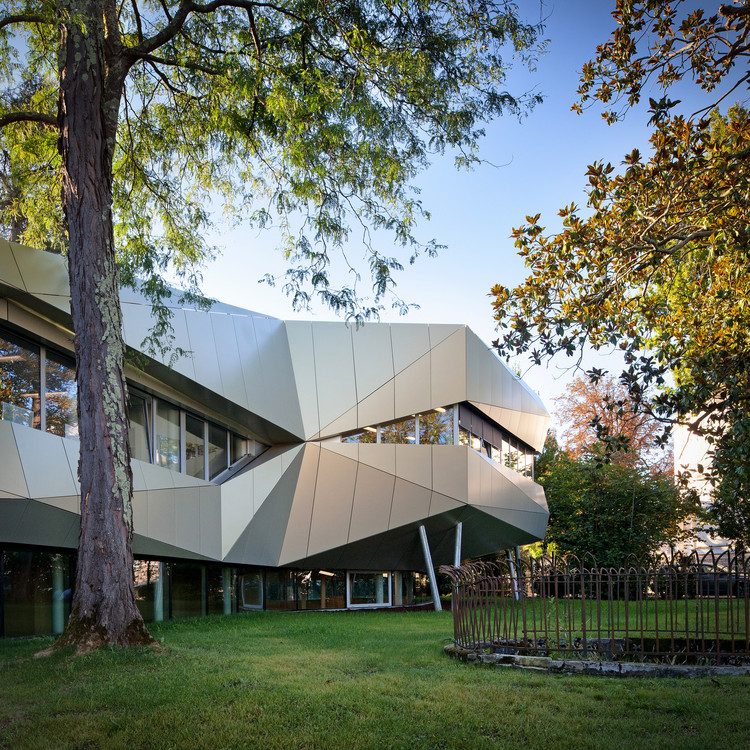 Text description provided by the architects. The « Agglomeration Côte Basque Adour: ACBA» building is an administrative building housing facilities for political and economical local territory developing in south west of France. The existing facility built in the 80’s and already extended in the 90’s was lacking office’s spaces and a proper auditorium for boardroom venues. The competition project for the rehabilitation and extension was due to answer different objectives:

- Provide the administration with extra working spaces
- Offer a new and enlarged, fully equipped, auditorium for boardrooms.
- Re-enforce the dynamism of the “ACBA” through a contemporary extension.

The organization of the existing building was characterized by the articulation of different services all around a main octagonal shaped atrium space. This disposition presented the inconvenient of an “introverted” building, turned on itself and lacking visual communication with the surrounding outside. Particularly, an existing park, south of the building, was entirely left unused and invisible at the back of the building.

The project aims to restore a “breathing” dialog with the outside: it first proposes to rework the geometry of the main existing atrium by shifting its gravity center towards the park, then open up the all existing façade towards the park to plug in the new extension. The extension is composed of a slightly slopped auditorium, for 120 persons, topped with an open space for 40 workers. The extension “head” housing the auditorium is derived from the shape of the existing atrium and placed in the very middle of the park, in an existing clearing surrounded by trees.

The shape of the created building is dictated by the positioning of the existing trees, thus deforming the volume to fit the construction in the clearing without having to destroy any trees. The auditorium is then linked to the existing building through a “bridge” that houses directory offices on the 1st floor. By respecting the actual topography of the site, the extension “digs” into the existing ground and the auditorium volume in surrounded by a continuous strip of glass opening on the nature at eye level when seated. On the first floor the offices open spaces are also fully glazed, opening on the trees canopy.

The ceiling of the auditorium is a technical ceiling made out of wood and directly derived from an acoustical diagram of the space. It is composed of different alveoli, some of them smooth; some of them slightly perforated thus absorbing sound, and also housing all the technical equipments: speakers, ventilation, dimmable lightning, recording equipment, projection equipment. After delivery, the ceiling finally completed all its promises, which was to provide the users with a highly technical membrane allowing the speakers to talk without any microphone, a perfect clarity of voice and extended comfort for audition. 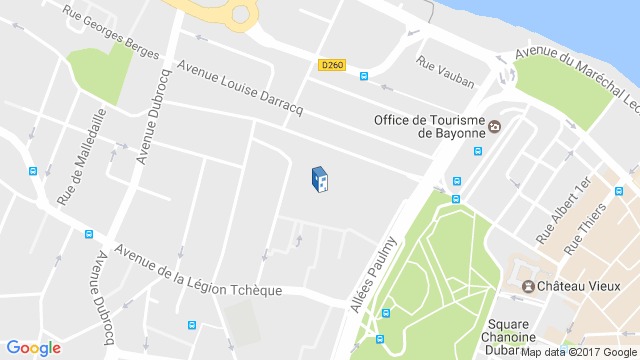