Save
AD Round Up: Housing Part III
Share
Or
Copy

With several housing projects featured since we started, I think it’s time for the third part of this Round Up. Check the first one and second one before this one!

de Plussenburgh / Arons en Gelauff Architecten The design for seniors aged 55 and older was inspired by the forthcoming retirement of the hippie generation. The project embraces its target market’s denial of aging by proposing a playful, coloured apartment block. The building is an exciting configuration of a tower and an elevated slab. The slab volume is elevated 11 metres (read more…)

Switch Building / nArchitects Switch Building is a 7 storey apartment and art gallery building at 109 Norfolk Street in the Lower East Side, New York City. The building consists of four floor-through apartments, a duplex penthouse, and a double height art gallery on the ground and cellar levels. nARCHITECTS provided full architectural services for the project (read more…)

Carabanchel Housing / dosmasuno arquitectos Despite the guidelines drawn on the plots, places need to express their own personality, to arise naturally, to construct themselves. And concretely this one is aligned against a green area, against the concatenation of public spaces that link the old Carabanchel district with its forest through the new neighborhood (read more…) 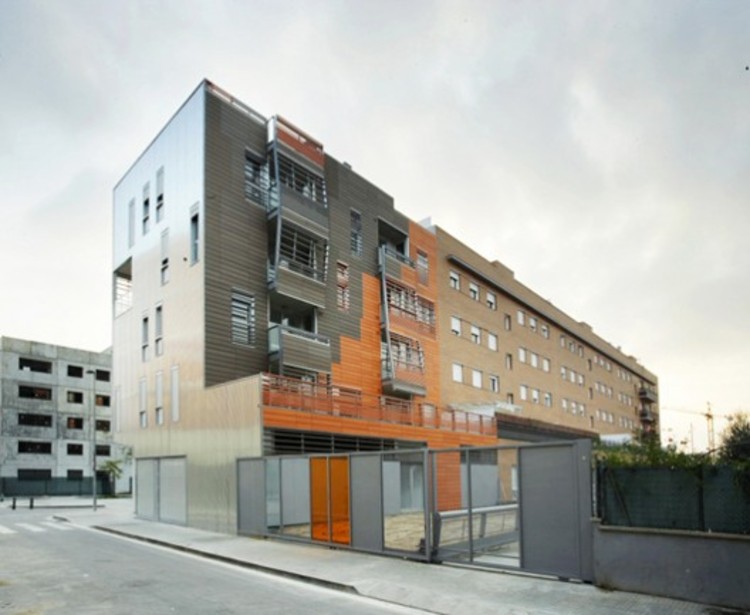 Social Housing in Granollers / Bailo Rull ADD+ Arquitectura At the city scale Granollers is a town which has been growing along the Congost river. For that geographical reason, the city has two different street typologies. On one hand there is one kind of street which goes parallel to the river. These few streets are longitudinal and structure main part of the city (read more…)

Gabriel Mancera Building / at103 Being charged by an architect client, on a 12.5 meters front by 25 meters long site 8 apartments are projected, 2 per floor arranged longitudinally and interrupted by three voids: a central one for services and two lateral ones for terraces that will be covered by climbing plants working as filter in-between public and private spaces (read more…)