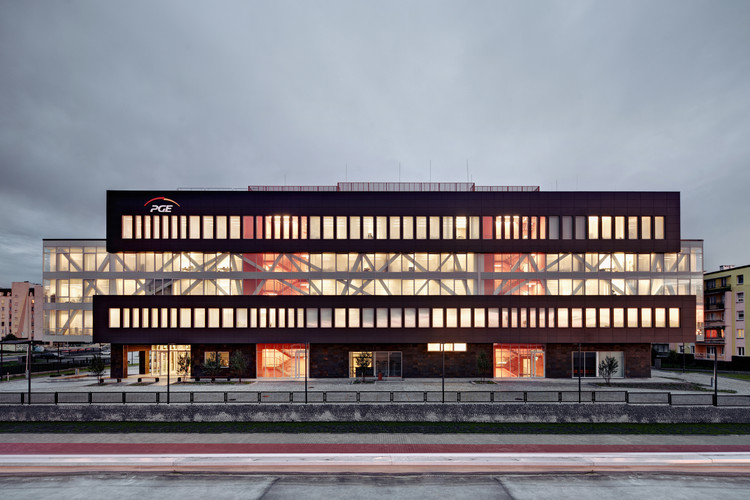 Text description provided by the architects. The building is located in the center of Poland in the town of Belchatów (60 000 inhabitants). The office building is the headquarters of PGE GiEK Concern – the largest energy producer in Poland (40% of the Polish overall electricity volume). Distinguished in the company scope is the quarry in Belchatów, one of the largest opencast lignite quarries in Europe (35 million ton of raw material yearly). One of the PGE electric power plants – also in Belchatów-  is noteworthy: producing yearly an estimated 31 trillion watt-hours (Wh) of electric energy.

The office building location is not accidental. Settled on the fringe of a housing district, with 6 000 inhabitants, it is the first element of the local service center and at once shapes the frontage of the new city plaza. A portion of the office employees, residing in the nearby area, resigned from the everyday use of private or public transportation. In a very undeniable manner, this aids in the reduction of pollution.

Within the building, apart from a wide range of office space dedicated for 230 employees, lies a cluster of conference rooms, a staff canteen/lounge and a center for the digitization of paper documents.

The form of the building was, in part, inspired by the scope of the PGE GiEK Capital Group.

Mining lignite is represented in the ground level areas, finished with rusty black slate. Production and transmission of electrical energy reflected in the upper levels: electric transmission cables characterized with black cement composite panels and electric energy (glass) running in between. The building is endowed with an atypical structural framework – upper floors are supported by a multilevel, irregular steel truss weighing 160 000 kilograms. Its implementation is a result of formal inspiration taken from mechanisms encountered in the extractive and production industries. While its dynamism recalls the movement of particles creating electric energy.

Light, specifically access to natural light, is the dominating element in the interior design for the building. An overwhelming majority of interior space is lit by natural light. This includes staircases, corridors, conference rooms as well as traditionally artificially lit areas such as print/copy rooms, employee lunch-break rooms and toilets. Close to 92% of the interior space has access to natural light, making it difficult to overestimate the quality of the office work space. The building is equipped with twilight sensor fixtures which adjust the luminosity of the artificial light to that of the natural light. This has enormous impact during morning and evening hours as well as on overcast days. Exceptional access to natural light and the use of twilight sensor fixtures result in lower electric energy consumption.

Within the framework of the project lies a recreational area for employees, including a terraced square on the ground floor and open garden terrace on level one. These features ensure the users the possibility of rest and relaxation during often very long work days. It is worth to add that the water reservoir (comprising an element of the square) is treated with the aid of a technology using minimal amounts of chemicals and has properties similar to that of natural, clean lake water. Landscaped elements are irrigated with rain water collected from the building roof, surface parking and sidewalks, to a special underground water storage tank. 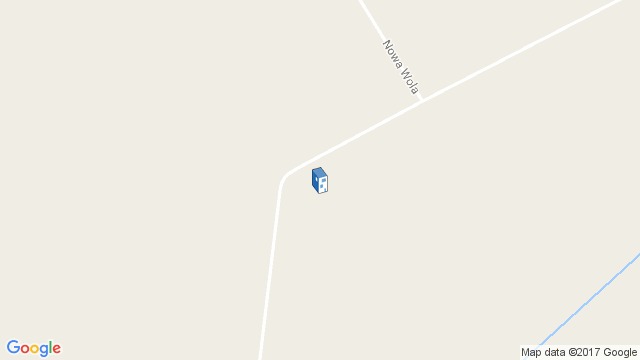