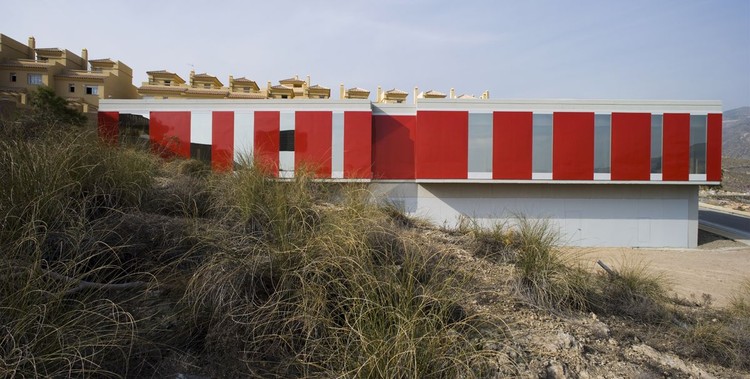 Text description provided by the architects. La Envia Golf is a housing development lying in the foothills of the Sierra of Gádor. Leaving behind the Sea of Plastic, the great expanses of plastic-cloaked greenhouses of Western Almería, the road slopes up towards 2,000-metershigh mountains through a rugged landscape with barely trace of vegetation. In such an overpowering environment, the reference of the project could be no other than landscape itself: sea, plastic, desert, mountains. A landscape that is the result not only of unique natural conditions, but of the extraordinary action of man.

In opposition to the adjacent constructions, decorated with a nostalgic iconography, the Health Center, though small in size, stands both as a landmark and a viewing point of the surrounding landscape. The means used are those of abstraction. The Health Center lies on the plot as an object without any compositional or iconographic references posed. This object is then subjected to a process of complexification through the use of color, randomness, reflection, and superposition, so as to make the building space- and place-sensitive.

The standard, rigid functional scheme suggested by the Health authorities, (entrance-hall-waiting rooms-consulting rooms) is inverted (entrance-consulting rooms-hall-waiting rooms) so that public areas can be defined with a higher degree of freedom. In this way, the waiting areas face the landscape and the views can be devolved to the patients. The blurring of the distinction between circulation and standing spaces allows for the creation of a fluid space with its own rules. The autonomy of the layout is enhanced by the freedom in the disposition of windows and openings and the internal views created across the entrance patio and the hall that separates the adult and children areas. Transparencies, reflections, oblique views, and exterior perspectives shape a conceptual space that in spite of its simplicity fluctuates between clarity and indetermination, contemplation and introversion. 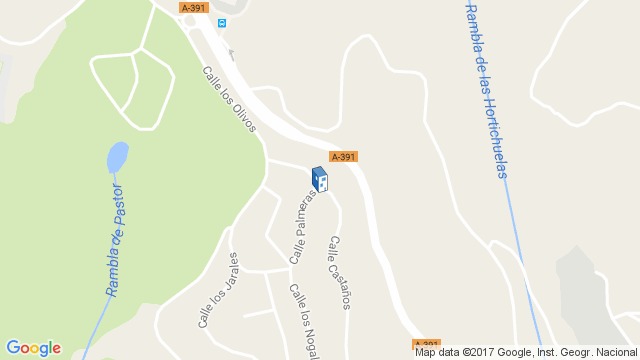