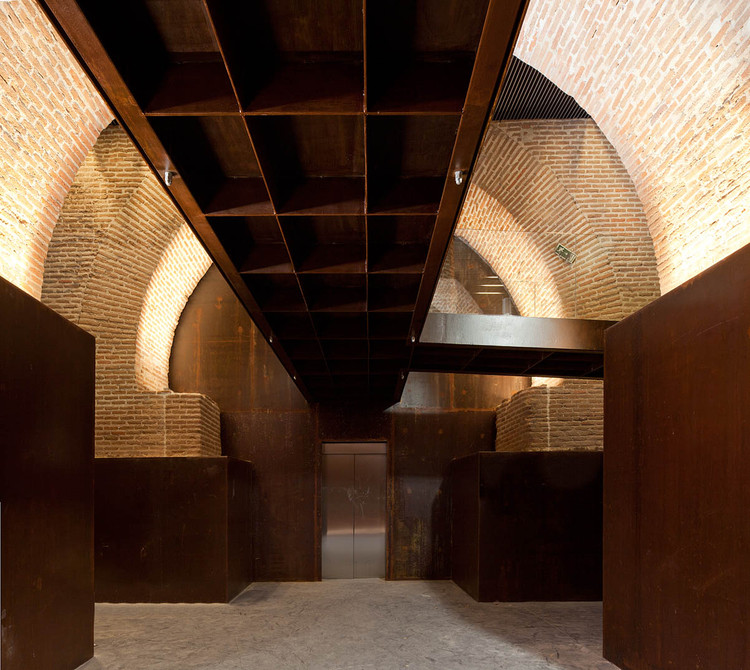 Text description provided by the architects. In 1717, Pedro de Ribera drew the first project of the Conde Duque barracks in Madrid. It had to provide answers for an ambitious program to house the more than 600 men and 400 horses of the Royal Guard. For almost three centuries the building has maintained the same structure, having overcome countless trials. The most significant ones were two fires in the second half of the 19th Century that almost required its demolition and rebuilding. The restoration was never complete.

In 2004, with the drafting of the Plan Director, began a new adventure in the life of the Conde Duque, which finished with the completion of the works in 2011, after a total and coordinated renovation of the whole building. In its moment it was a risky gamble, since it was the largest building in Madrid after the Alcázar, the old royal palace. And it still is one the hugest and less-known historic buildings of the city.

The first images of its naked interior were open naves of brick arches on granite pillars and at other levels, wrought columns and riveted beams. Clean and austere spaces covered with solid brick structures.  The powerful space called for an obvious solution: to maintain the skeleton, to remove additions and to concentrate the new interventions. The aim was to achieve a big neutral container where new timeless objects and specific elements could be situated.

The program proposed by the City of Madrid was aware of those premises and facilitated the task. It essentially wanted to create places of interaction, multi-use spaces and a small collection of venues for the development of activities (a concert hall, a theatre, an assembly hall…). The interior courtyards shape the vast and diverse program. They are also an opportunity to recover open spaces and to allow the indoors and outdoors flow. The building is still very hermetic towards the exterior, but these courts offer a friendly and accessible face. They mean the antechamber, the place of approach, the possibility of understanding.

The intervention consisted of two phases. The first one took place in the southern area of the building, where the original architecture shows the most authenticity, which houses halls for exhibitions and shows. A sequence of big rooms is only altered by small blind boxes that hide the new communication passages. The unique pieces, like the Concert Hall, the Theatre and the Assembly Hall, generate its own ambiance and give its own touch to each environment. The second phase took place in the northern area, where the original container had been extensively transformed throughout the last years. It reorganized less freely the existing institutions, such as the Archives, the Newspaper Library, the Library, the Observatory and the Museum of Contemporary Art.

A common language unified the whole building. The original structures which had survived were recovered and liberated of superposed coats of paint, achieving a homogeneous and continuous canvas. The additions were painted white and we let the elevations tell us their own history. If the surfaces, including lintels and cornices, are the base of this discourse, it is the hollows what provide the nuances. Perfectly ordered, with a repetitive rhythm, now it recovers the vertical proportion, and it is dressed with a mixed carpentry of iron and wood that minimizes the impact from the exterior without subtracting warmth to the interior. 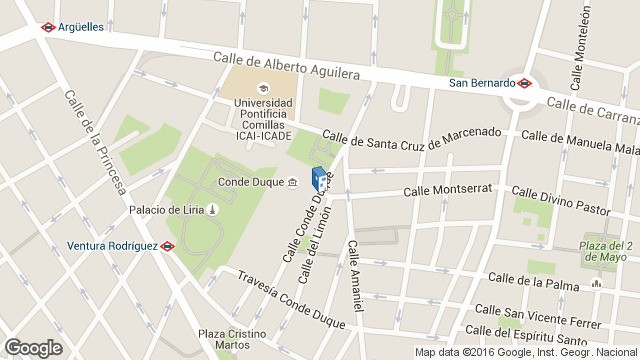 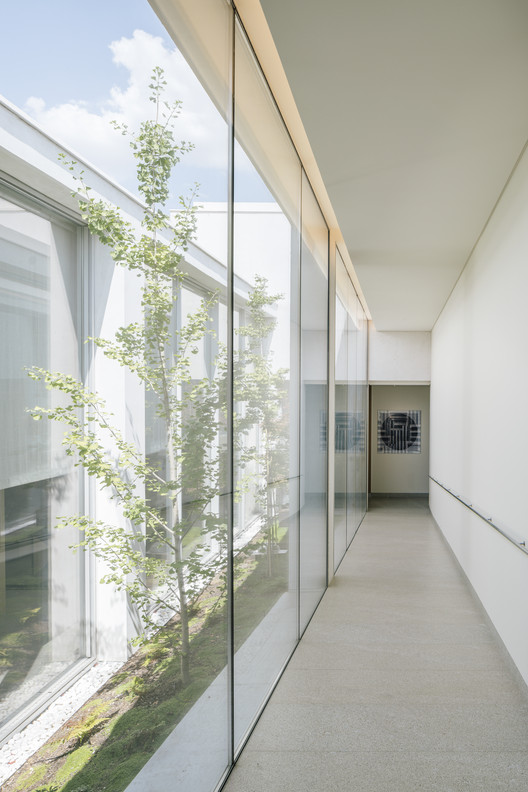