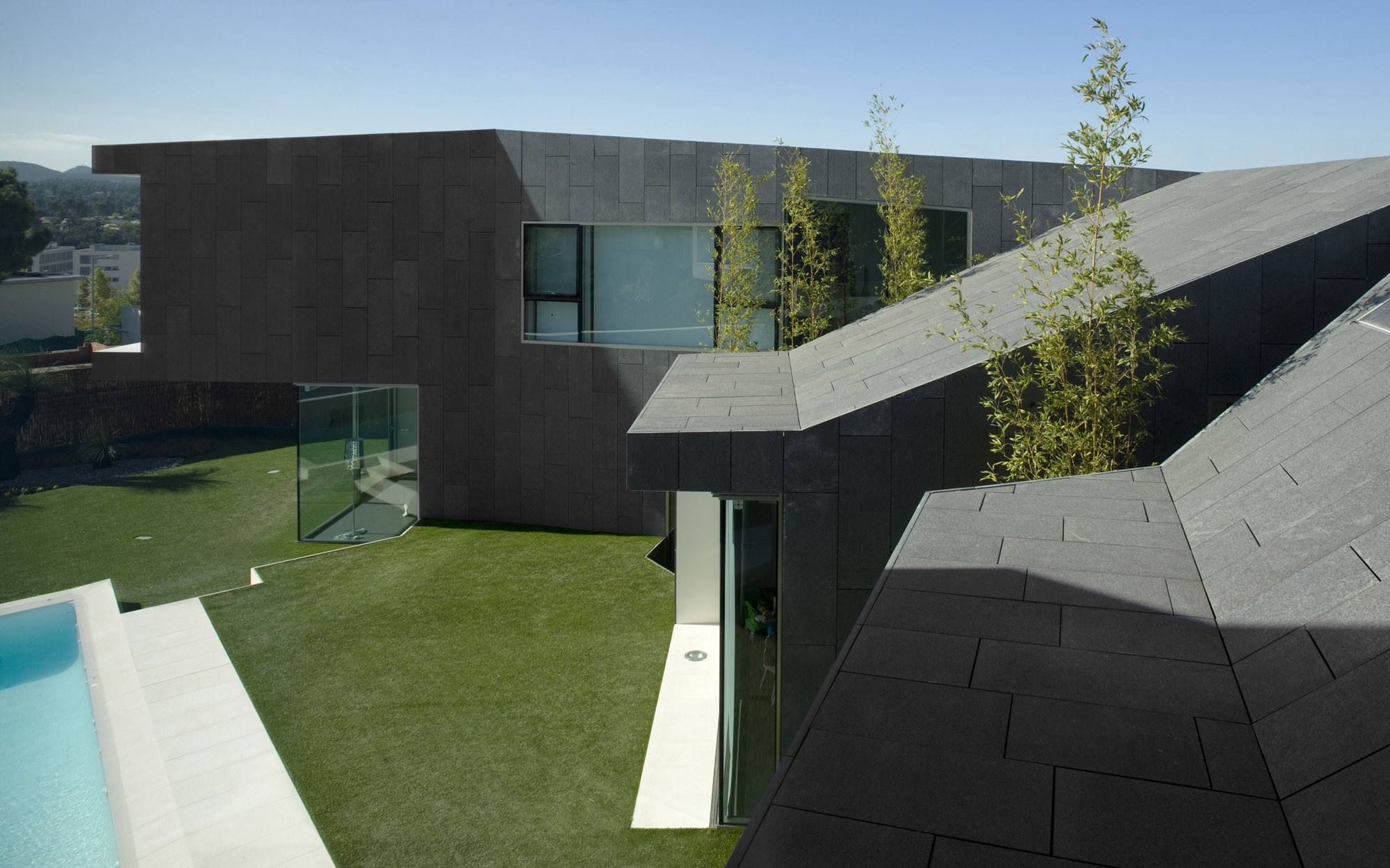 A project for a single-family house, by RTA-Office studio, with offices in Barcelona and Shanghai. This house, designed by architect Santiago Parramón, is characterized by its geometry, for the cuts that reveal the dermis.

House C, located in Barcelona, ​​Spain, is characterized by its space, which has a three dimensional continuity. There are no elevations, plans or sections.

The project is about space within a solid object, a block of black basalt that we penetrate as a quarry, mine tunnels and corridors that communicate with the outside, with the light of morning, of noon and the darkness of the night.

An emotional concept, the indivisible cross-view of the object. Dark epidermis, pale dermis. Contrast. Cuts and cracks, reinforce the change of scale, they work in favor of presence. A unitary object that proposes its maximum dimension.

The complexity of the site plays in favor of it: the outer perimeter is closed, a stone mural; inside, glass folds open. We cross the wall. We place the access on the north face of the building: a spectacle of natural light, reflections, transparencies, an explosion of images that are multiplied.

A kaleidoscopic space, beauty, image, observation. All at the same time, thanks to the effects of transparent crystals of different sizes and angles. Everything affects the building. Nature enters through these cuts and divides the different rooms of the house.