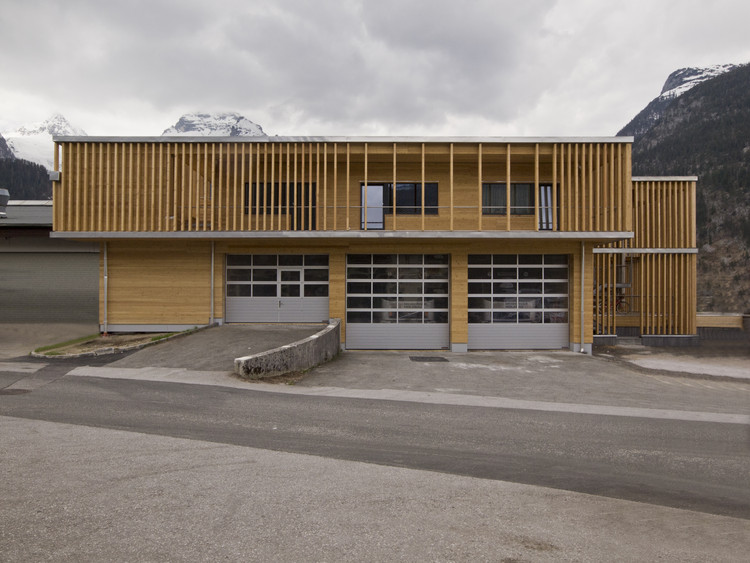 Text description provided by the architects. The departure point for the project was a commercial building complex from 1978 on the outskirts of the market town of Pingau. Step by step, Walter Meiberger had adapted, extended, and thermally refurbished the building with prefabricated wood frame elements. For the task of tripling the office space and accommodating five apartments the engaged businessman organized a small architectural competition – Tom Lechner’s concept won him over.

A rhythmically-structured, semi-transparent shell of solid wood fins envelopes the residential and office functions, creating a loggia interface to the alpine surroundings and a calm overall form for the building. The distance between the untreated larch fins varies depending on the given function behind: for example, they are denser in front of bedrooms than in front of living rooms.

The access area to the commercial premises in the thermally refurbished building was also enhanced. The existing MPREIS supermarket on the ground floor gained a fresh look with a new entrance integrated into a distinctive concrete structure. A “Baguette” shop built into the redesigned entrance area offers fresh dishes and bread.

In the apartments and new offices the use of silver fir gives the spaces a light, airy atmosphere. With its sophisticated architectural design, the in part two-storey office extension provides high-grade working spaces. Three materials were employed to create fine, differentiated surfaces: Rough bandsawn silver fir clads the walls and ceilings; the same wood is brushed for furnishing elements. The floors are made of massive, brushed white-oiled oak, and brown loden was used in the lounge, work, and cloakroom areas.

Complementing Clemens Holzmeister’s hall extension to the Bräu Hotel from 1928/1929, the town of Lofer now possesses another striking example of a creative approach to vernacular building traditions and materials. 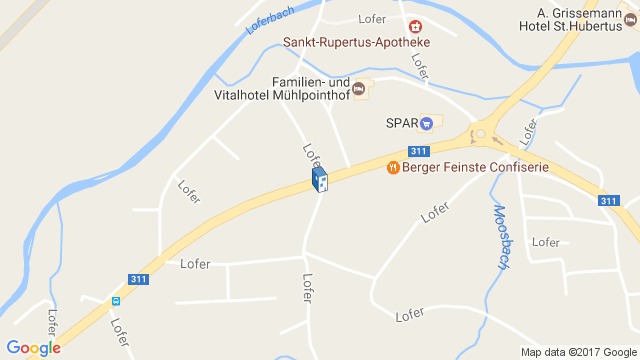