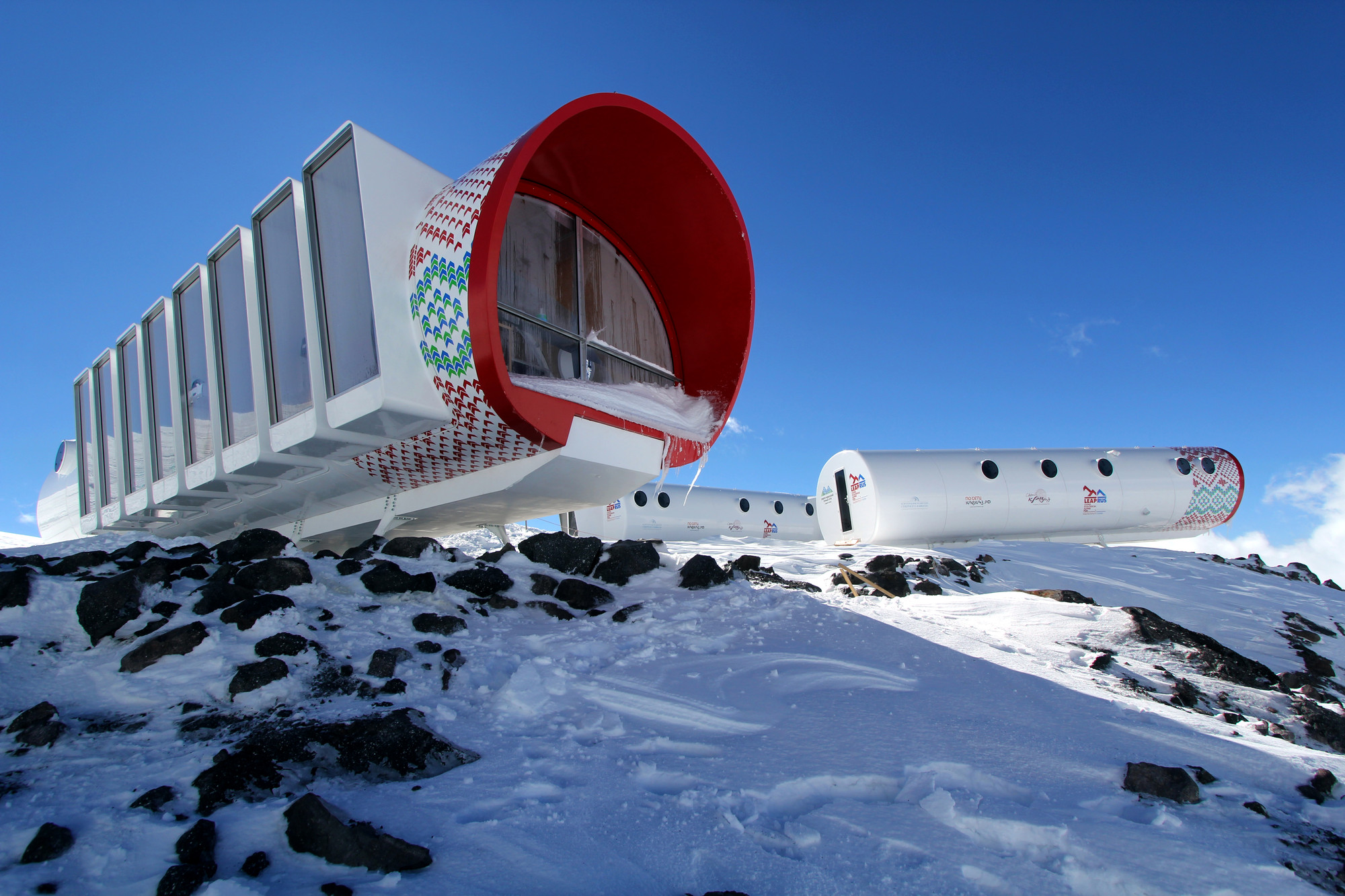 Text description provided by the architects. LEAPrus 3912 is the name of the new Eco-Hotel located on the Southern side of Mount Elbrus, at 4.000 meters in altitude: completed by LEAPfactory in September 2013 it is now already open to the public. Mount Elbrus is the highest peak in Europe, and is one of the Seven Summits, the circuit of the highest mountains in each of the seven continents. It is located at the centre of the Northern range in the Russian Caucasus, halfway between the Black Sea and the Caspian Sea. Mt Elbrus is a dormant volcano, characterised by twin summits of 5642 and 5621 meters, dominating all the mountains in the area, the lowest of which is at least 1000 meters. Its environmental and climatic conditions are known for their extreme severity.

The installation of LEAPrus 3912 was developed on behalf of the North Caucasus Mountain Club, a Russian company which is responsible for the development of tourism of the mountainous region in the North of the Russian Caucasus; LEAPrus 3912 is the first stage in the complete reorganisation of hospitality on Mount Elbrus.

The entire region has a great potential for tourism: the vastness of the unique natural landscapes and the ancient troubled history of its peoples are the centrepiece of a great potential interest. The complex is situated on the normal ascent route of the mountain, on the immense southern glacier, a few hundred meters from the historic refuge Priut 11, destroyed by fire in the 1990s and never rebuilt. The new station accommodation is structured with four completely prefabricated buildings. The modular structures were designed and manufactured in Italy by LEAPfactory, and then transported to Russia. The installation on the slopes of the Mount Elbrus took place in a few days in July; the modules were transported by helicopter and assembled by a team of highly trained technicians from the company. In the first days of September, after the final set-up of the technological systems the Eco-Hotel has been opened for activities.