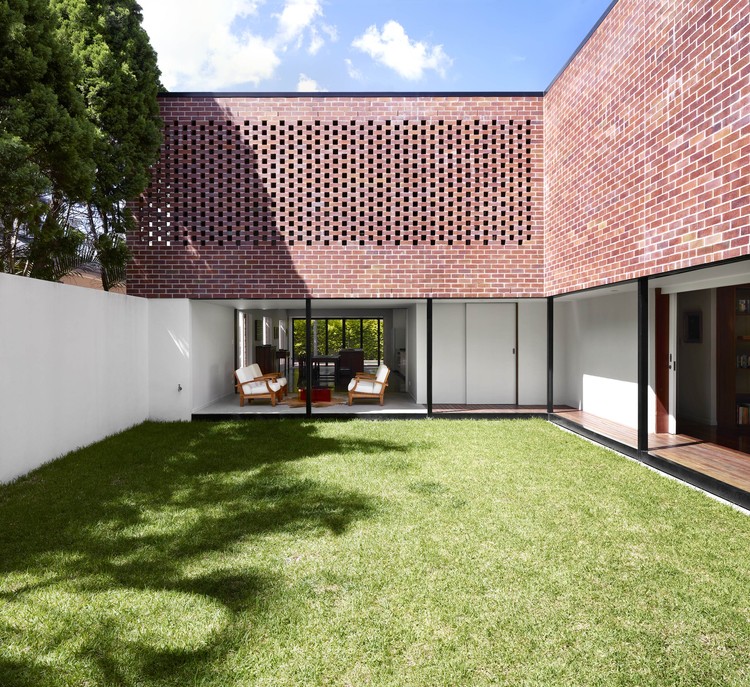 Text description provided by the architects. Boston Street House is an alteration of and addition to a 1992 brick-and-tile builder’s special. The project demonstrates that a home located in a developer’s estate — with significant challenges, such as a western orientation & minimal garden — can benefit from small and humble interventions by architects.

It was difficult to understand why the original developer would create a twelve-metre concrete bowl for cars with rooms behind that baked in the afternoon sun. The dipping concrete driveway and a double-lock-up garage were the transition between house and street. The back yard and pool could only be accessed through an awkward series of rooms. The house was trapped in the middle. Now, a simple structure on the street protects the cars, the two-story brick bay has been removed, and a number of small openings joined to form a large aperture at the rear.

We removed the mass of concrete between the street and house to make a landscape journey starting under the Poinciana trees on the street edge through to the pool at the back of the site. Movement now takes you under trees, across patios, through the kitchen, or around a court with living on three sides.

Similar brick was used to alter or fix the structure, and rendered block to meet or retain the earth. Although it is clear where new work has occurred, it is also sympathetic with the existing house: it is now part of a whole. The structure expresses the process, with brick bonds varying as required for the work we carried out. Living here is now about re-engaging with the landscape through a series of connected spaces. 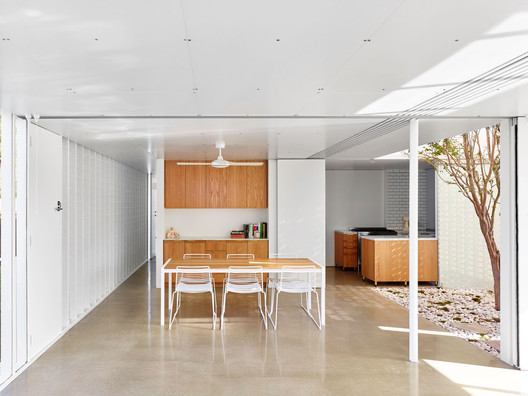