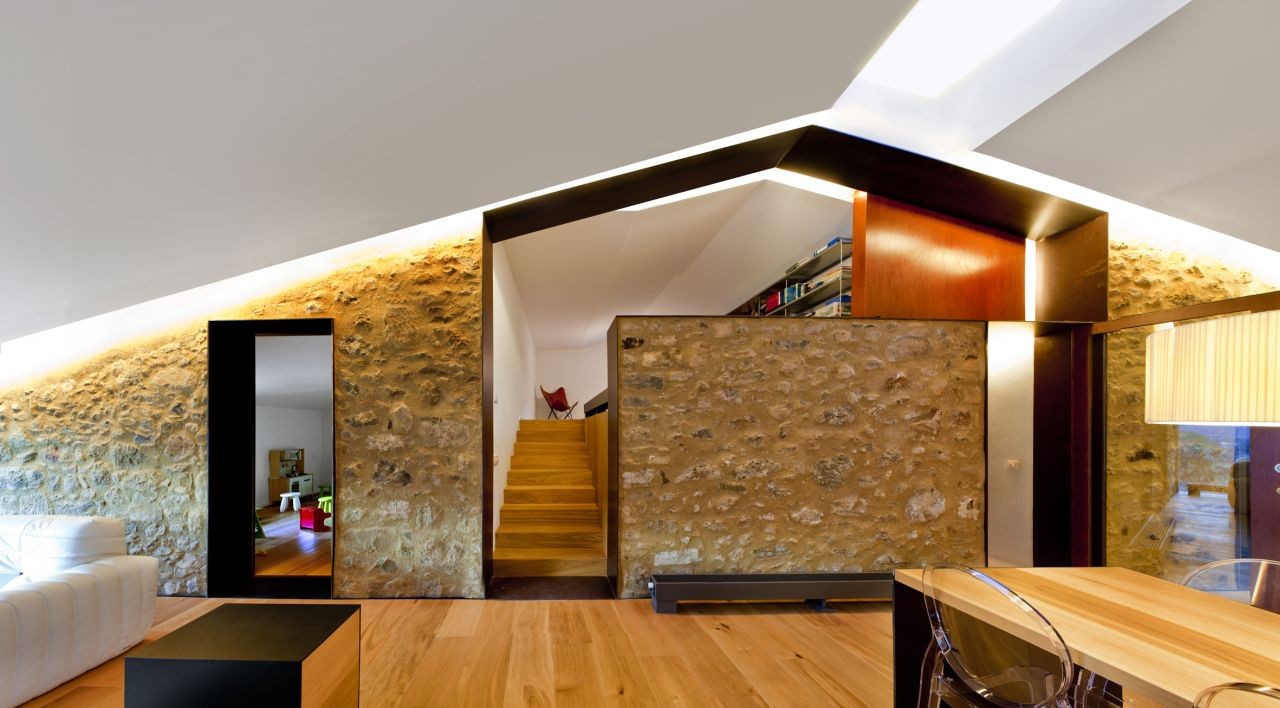 Text description provided by the architects. La Carrera is a farmhouse dating from the seventeenth century. It consists of a different buildings collection with the house and the cottage as the most representative. The task of solving the project required the creation of a new home at the farm house barn for the young generation of the Carrera’s family, but our intervention also sought to dignify around the farm and its access.

For the creation of a new home in the farm barn, our proposal has been to keep all those elements and spaces belonging to the original construction of the old house. In this way, the main space –used as a living room and kitchen– has been recovered demolishing all the existing not structural divisions.

The two apertures practiced on both ends of the main space belong to a traditional style of façade used in that area, where the barn acts as a huge gap between the roof and the closed volume of the house.