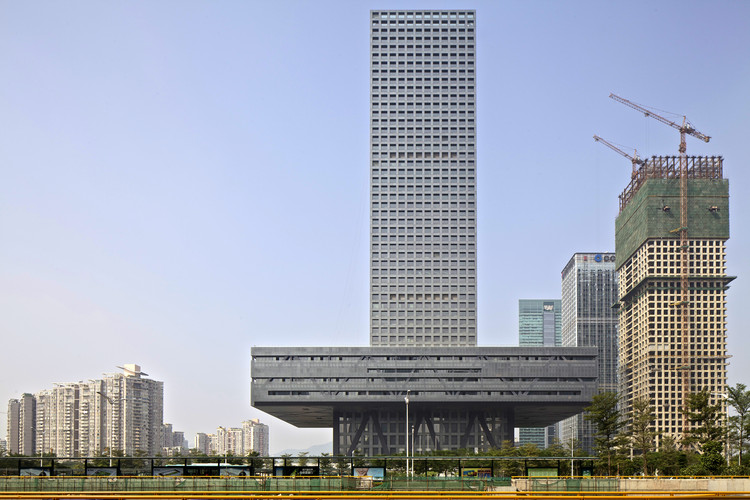 The essence of the stock market is speculation: it is based on capital, not material. The Shenzhen Stock Exchange is conceived as a physical materialization of the virtual stock market: it is a building with a floating base, representing the stock market – more than physically accommodating it. Typically, the base of a building anchors a structure and connects it emphatically to the ground. In the case of Shenzhen Stock Exchange, the base, as if lifted by the same speculative euphoria that drives the market, has crept up the tower to become a raised podium, defying an architectural convention that has survived millennia into modernity: a solid building standing on a solid base.

SZSE’s raised podium is a three-storey cantilevered platform floating 36m above the ground, one of the largest office floor plates, with an area of 15,000 m2 per floor and an accessible landscaped roof. The raised podium contains all the Stock Exchange functions, including the listing hall and all stock exchange departments. The raised podium vastly increases SZSE’s exposure in its elevated position. When glowing at night, it “broadcasts” the virtual activities of the city’s financial market, while its cantilevers crop and frame views of Shenzhen. The raised podium also liberates the ground level and creates a generous public space for what could have been what is typically a secure, private building.

The raised podium and the tower are combined as one structure, with the tower and atrium columns providing vertical and lateral support for the cantilevering structure. The raised podium is framed by a robust three-dimensional array of full-depth steel transfer trusses.

The tower is flanked by two atria – voids that connect the ground directly with the public spaces inside the building. SZSE staff enter from the East and tenants from the West. SZSE executive offices are located just above the raised podium, leaving the uppermost floors leasable as rental offices and a dining club.

The generic square form of the tower obediently blends in with the surrounding homogenous towers, but the façade of SZSE is different. The building’s façade wraps the robust exoskeletal grid structure supporting the building in patterned glass. The texture of the glass cladding reveals the construction technology behind while simultaneously rendering it mysterious and beautiful. The neutral colour and translucency of the façade change with weather conditions, creating a mysterious crystalline effect: sparkling during bright sunshine, mute on an overcast day, radiant at dusk, and glowing at night. The façade is a “deep façade”, with recessed openings that passively reduce the amount of solar heat gain entering the building, improve natural day light, and reduce energy consumption. SZSE is designed to be one of the first 3-star green rated buildings in China.

The 46-storey (254m) Shenzhen Stock Exchange is a Financial Center with civic meaning. Located in a new public square at the meeting point of the north-south axis between Mount Lianhua and Binhe Boulevard, and the east-west axis of Shennan Road, Shenzhen’s main artery, it engages the city not as an isolated object, but as a building to be reacted to at multiple scales and levels. At times appearing massive and at others intimate and personal, SZSE constantly generates new relationships within the urban context, hopefully as an impetus to new forms of architecture and urbanism. 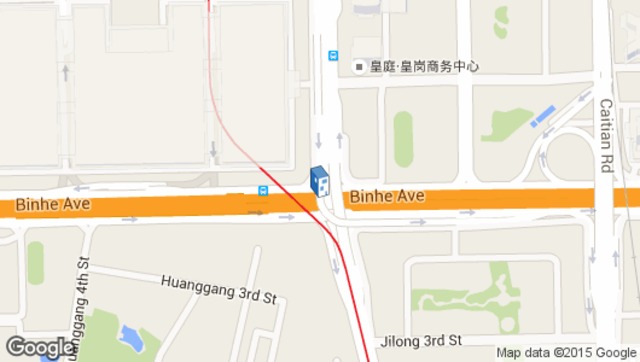 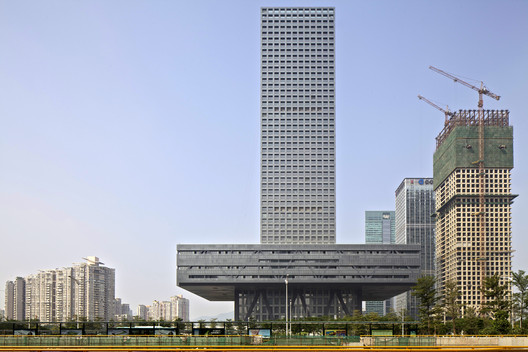