Magén Arquitectos have recently proposed a new cultural center called "Espacio Portalet" for the mountainous pass on the border between Spain and France. Their design proposal aims to evoke cultural memory and to highlight the impressive landscape context of the Pyrenees.

The Espacio Portalet is designed to breathe life back into the deteriorating structure of the Old Customs Building, which currently occupies the site, and make it a place for meeting and cross-border relations. It therefore not only deals with the built form itself but also with the spaces created between them, which facilitate interaction between users and visitors.

The design strategy focused on fragmenting the scale and volume of the new buildings in order to reduce their impact on the landscape. This physical fragmentation also allows one to visually identify the three separate programs within the Portalet: a shelter for pilgrims, a multi-functional garage, and a socio-cultural center at the Old Customs Building. Building services and functions are housed within the platform between the three buildings.

The shape of each building is a response to the atmospheric conditions of high mountain weather; the slate-covered volumes connect back to the landscape like two large rocks detached from the mountainside. 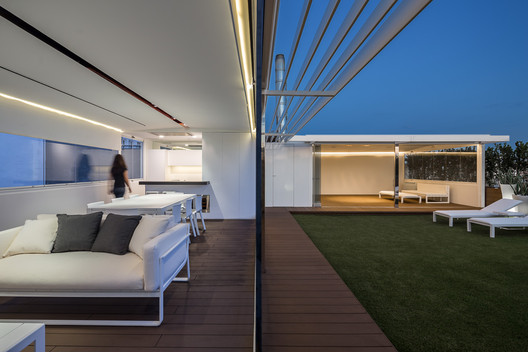