The Russian Ministry of Culture has announced the shortlist of 10 architecture firms who will compete to design the museum and exhibition complex of Moscow's new National Centre for Contemporary Arts (NCCA). The NCCA, currently housed in a former factory in central Moscow, will be moved to Khoydynskoye Pole, a former airfield in northeast Moscow, as part of a larger urban planning project to develop the area.

The design brief for the new NCCA, which will have a construction budget of four billion roubles (about $120 million dollars), is complex, as the building must account for many diverse uses. As the Director General of The National Centre for Contemporary Arts, Mikhail Mindlin, notes on the NCCA's site:

Moreover, the new NCCA will be a city attraction that must "familiarize a wide range of visitors — Muscovites and tourists, children and adults, those with previous experience of such art or those without — with the art of the past decades and excite interest in this sphere of world culture." As Culture minister Vladimir Medinsky noted at the Strelka Institute for Media, Architecture and Design, the winning architects "need not only to design the building, but also to create an effective institution that links the Moscow and regional centres of the NCCA, attracts exciting young artists and acts as a centre of creativity on the scale which the NCCA is meant to be on in Russia today."

The new museum's site at Khodynskoye Pole is also pertinent to the design, as, beside the NCCA Museum and Exhibition Complex, several new facilities are being constructed in close proximity, from hotel/office complexes, a shopping/entertainment complex, park, and a new metro station.

The ten competing firms will be required to submit a design concept by November 29, 2013. Three finalists will then be announced by the jury of experts at the beginning of December. The final winner will be chosen by the Board of Trustees, led by the Minister of Culture of the Russian Federation Vladimir Medinsky and Mayor of Moscow, Sergey Sobyanin.

Story via New NCCA and The Calvert Journal 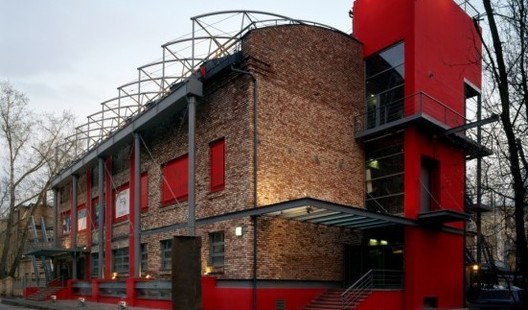