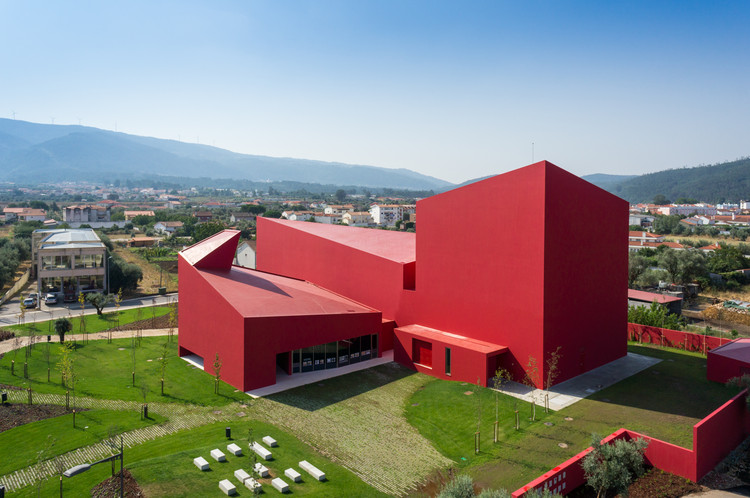 Text description provided by the architects. The Casa das Artes (House of the Arts) in Miranda do Corvo expresses the meeting between two identities, rural and urban, in a landscape marked by the Lousã Mountains.

The building features a contemporary and volumetrically expressive language. The sloping roofs establish a dialogue with the geometry of the mountain landscape, in an analogy to the village rooftops. The dynamism achieved through the continuity between façades and roof is accented by a strong red colour, emphasizing its design and highlighting the building through the surrounding landscaped area vegetation.

More than a building, the Casa das Artes pretends to be an iconic landmark, celebrating the place where people meet, where culture and art happens, a space capable of promoting and stimulating creative activity, increasing the population quality of life.

The project was conceived by creating versatile spaces, technically suitable for different kinds of events, in order to serve all segments of the population.

The deployment area was optimized to favour landscaped spaces, allowing the creation of an amphitheatre for outdoor events, integrated in a garden which is a public space for the village, with several spaces and inviting pathways for leisure.

The building consists of three volumes reflecting different sorts of use: the first one containing the stage areas, the second comprising the audience and foyer, and the third with a cafeteria and a future museum area, which constitute a visually independent volume.

The proposed diversity of accesses for the building attempts to emphasize the characterization of this site as a public space, while allowing the public direct access of specific places, such as the museum area and cafeteria, independently, without passing through the auditorium.

The main entrance is through the foyer. This space may function as exhibition area which can be divided into two by a short flight of stairs. From here depart two paths to an auditorium for nearly 300 people, with a motorized orchestra pit and six technical levels, properly equipped for holding theatre performances, opera, concerts, conferences or lectures.

The cafeteria can operate independently from the rest of the building, or even serve as an entrance point providing access to the auditorium. This space has a covered terrace with a skylight oriented west, channelling sunset light into its interior. The terrace area gives access to a multimedia room. The facade of the museum area is facing the northern part of the garden where one of the main entries is located and the outdoor amphitheatre. 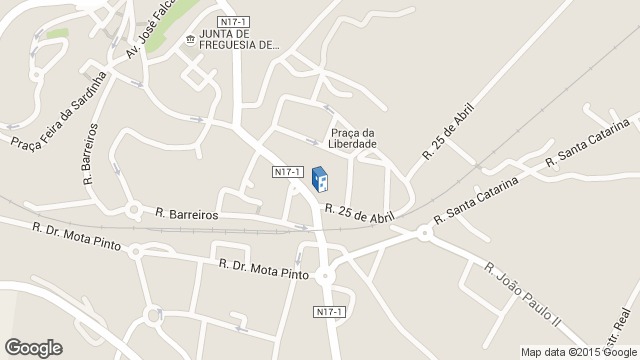 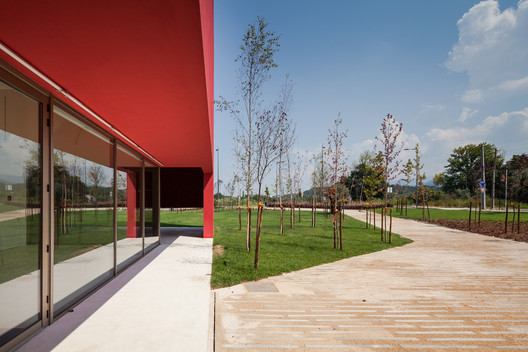