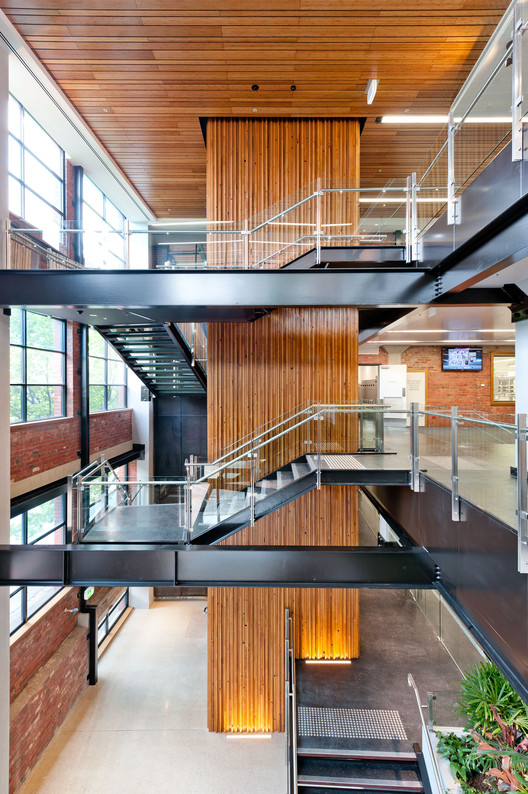 Text description provided by the architects. The $90M Melbourne Processing Centre provides the Victorian and Tasmanian chapter of the Australian Red Cross Blood Service with a new state of the art headquarters. The facility is housed within the shell of an existing 1920s warehouse, originally constructed as a Morris Minor assembly factory in West Melbourne. The existing brick warehouse building with varying building heights from one to four stories, required significant work to bring it up to current standards, with the additional overlay of an Importance Level 4* rating as required by the business to operate in the event of an emergency. There is 17,500m2 of accommodation comprised of blood processing and distribution areas, blood testing, with the support of research laboratories, warehousing, office/administration and staff amenities.

The prospect of rejuvenating and enhancing one of Melbourne’s old stock warehouses was seen as a good fit for the organisation which shared strong parallels with the building. Both are immersed in Melbourne’s history and of great importance in the fabric of the city. They were both stripped back to their fundamentals and reinvented with a fresh appearance. This adaptive reuse and restorative approach of an underutilised warehouse was seen as the essence of sustainable design, which ultimately led to its selection for the project during the bid phase.

The existing site encompasses two adjacent buildings spread over three quarters of a city block. They were built up to the site boundary, with an internal laneway that was later enclosed. The primary initiative was to re-establish the central laneway as an introspective focal point of the building that would house all of the arterial circulation both vertical and horizontal. This would also house the “lungs” of the building with internal landscaped courtyards, whilst improving the amenity by reintroducing natural light to the 60m deep site.

The building by its very nature had a timeworn industrial feel which was embraced “warts’ n’ all” and enhanced by the crisp lines of the contemporary interventions, a harmony that celebrates the history of the building, whilst enriching its new functions. From the outset the philosophy was to preserve the existing fabric and where this was not feasible, reclaim the material and reintroduce it in a revitalized manner. This is most evident in the reuse of the existing roof timbers (that for structural reasons had to be replaced). They were reused for cladding of the office “pods”, the lift shafts and also in the fabrication of new timber trusses above the open plan office

Transparency is apparent throughout the project, with viewing voids and strong vistas enabling staff and visitors to look down and across to the laboratory and breakout areas. This improves interactivity and showcases the streamlined process of blood management and the building’s core function that saves 1000’s of Australian lives every year

Indoor air quality was a vital component of the project in multiple facets. The laboratories have stringent controls and temperature and humidity ranges. Whilst the office areas were less rigorous, health and wellbeing was a major consideration. The building afforded us was the ability to utilise the significant thermal mass of the existing brick walls, which increased the energy efficiency and also assisted with the temperature stability.  We sought to add positive value to users’ by virtue of conscientious material selection and treatment, the inclusion of displacement air delivery in the open plan environment and the inclusion of internal planting.

Four years in design and construction, the new facility is designed to cater for an increased demand for blood products over the next three decades and replaces an existing Southbank based site that was no longer fit for purpose. To ensure consistent blood supply in the event of a severe natural disaster, the facility was designed to operate in 4 day island mode without the availability of external gas, water, electricity or sewerage connections. It is designed to be able to withstand an earthquake measuring up to seven on the Richter scale, which required an internal skeleton of almost 1000 tonnes of steel. 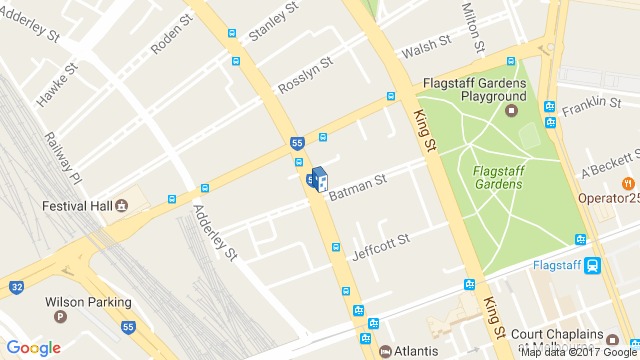