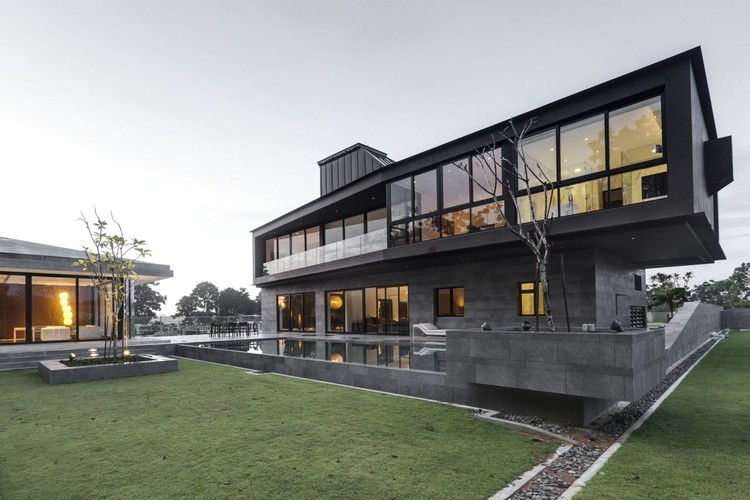 Text description provided by the architects. This twenty-six bungalow development in Johor, Malaysia inserts new typologies on the bedsprings of a vacant pile field. The site was developed in 1995. However, after the foundations were put in place, the Asian financial crisis hit. After 13 years of dereliction, the new architecture was tasked with resurrecting the ambitions of earlier years. The design extends the original pile grid into 26 new houses, transforming a generic housing development into a small neighborhood of cohesiveness that addresses environmental concern, and optical calibration. One house has been constructed to date.

Three agendas drove the design. The primary ambition was to utilize the existing pile grid and structures on site to conserve existing resources, limit structural reworking and take advantage of what has already existed. The second ambition was to strategically modify the urban configuration of the road and cul-de sac to amplify the sense of neighborhood, minimize the hardscape and maximize public green spaces. The final ambition was to make visible the operations of real estate speculation through an amplification of ‘the view’. The houses take six different configurations based on the pile locations. ‘L’, ‘U’, ‘O’, ‘Bar’, ‘Box’ and ‘Block’ shapes form the basic plan configurations, all with different sizes and orientations. The sizes vary from 4,895 square feet to a sizeable 5,875 square feet, accommodating three generations of family up to twelve people.

Each house contains a large entry courtyard next to the main street. The presence of the courtyard resists complete privatization of the neighborhood, as is typical in Southeast Asian developments, while rendering the planting belt more accessible to the public. The courtyard incorporates boundary walls, security features and an internalized private outdoor space unifying the neighborhood spatially and materially while creating a relatively opaque and fortified frontage. The frontage functions as a physical barrier, addressing the security concerns of buyers in this region while and directing view to the golf course beyond. A key urban strategy that binds the development together is the manipulation of roofs. The form of each house is broken down into three pitched roof bays. Each bay tapers towards a skylight that brings in natural light while evacuating heated air. Collectively, the effect is a family of roof forms that appears similar yet not identical.

The facades are also carefully calibrated. The front facade uses operable waterjet cut panels that obscure the internal programs and minime thermal heat gain from the western sun. The rear façade facing the golf course uses sliding glass windows that frame the lush green fairways. A deepened envelope overhang provides ample shades for the verandah. The sidewalls have staggering openings to provide privacy from neighbouring plots. The product of such a calibration is a finely crafted ‘optic box’ on the second floor, rendered in a deep brown iron oxide pigment and hovering atop a monolithic ground floor box.

Subtle yet important updates to the planning of the cul-de sac enhance what would otherwise be a generic development. The road width is reduced and sidewalks are flanked by large planting areas. Each plot is repurposed to contribute to the street landscape, with part of each property in effect donated for the enjoyment of the wider neighborhood. Collectively, the architectural forms allow for two distinct spaces and spatial experiences: the common entrance to the house through a private and protected courtyard and a collective identity of the neighbourhood produced by a common trope creates by the aggregated roof form. Combined with the optical effects of looking out onto the landscape, the pile houses embrace and expose the primary modes of development in Southeast Asia. 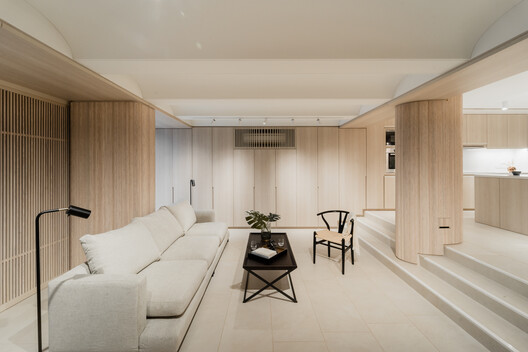