Henning Larsen Architects has won a competition to design a new city hall for Kiruna in northern Sweden. The design, which has already been named Krystallen (The Crystal), is intended to "become the city's natural gathering point, where the traditions of democracy will be united with a vision about a dynamic meeting place for politics as well as social and cultural events". Comprising of two buildings, the outermost circular in form and the innermost "shaped like a crystal", the design has been "inspired by the enormous concentration of iron ore" that can be found beneath the site, the discovery of which led to the founding of Sweden's northernmost city.

Peer Teglgaard Jeppesen, director and partner at Henning Larsen Architects, describes the city hall as "a democratic building, open to everybody. Inside the building, the democratic process is supported by the interplay between offices at the periphery and public functions at the heart of the building". The form has been directly influenced by the harsh climate, with the architects prioritizing bring as much daylight into the building as possible.

For Lisbeth Nilsson, Chairman of the Jury that selected five teams (from Denmark, Norway and Sweden) out of a total of 56 international applications, "the Crystal is a city hall that we can be proud of." The design "builds on the idea of contrasts and interesting encounters. Visitors, politicians and civil servants can move around and meet throughout the house and experience interesting and beautiful specialities with views across the city and the landscape."

The Danish practice also recently won a competition to design the Citizen and Media Centre for the Baden-Wurttemberg parliament building in Germany. The practice, founded in 1959 by Henning Larsen (who died aged eighty earlier this year), has a strong portfolio of civic projects including Viborg Town Hall and Malmö City Library. 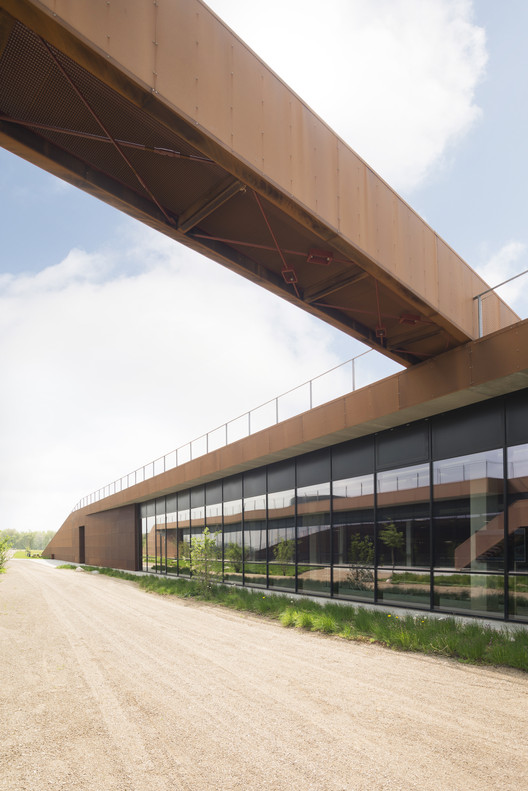