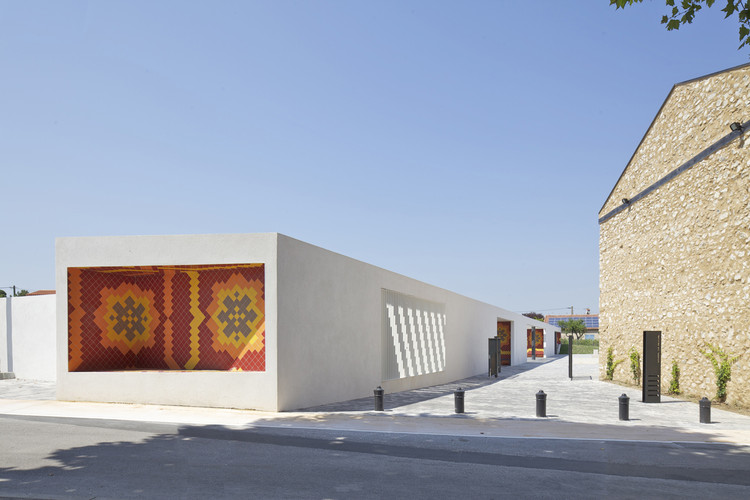 Text description provided by the architects. An old Roman City from the 1st century, Gignac la Nerthe is a city from the Provence region, 20km from Marseille.

In the late 1960s, the city developed alongside the first wave of North African immigration and in the 1980s with the people moving from some of Marseille’s roughest neighborhoods.

Nowadays, the city has been populated by low cost individual housing that didn’t leave any room for public space.

The city center’s new square and pavilion delivers a two-level proposal: first an urban evolution and then a social answer.

The main goal is to unify three deserted plots into a whole public square connected with the actual city center, composed of the town hall main square, the church, an old barn, a village house, an old wash house and the boulevard Perrier.

First of all, the houses had to be demolished to create a direct connection with the town hall square and the deserted plots.

The old barn was renovated to leave a historical trace in the middle of the city.

By extending the axis created by the municipality‘s building, an architectural element is set up on one hand to structure the public space and on the other hand to organize some function needed in such a space.

In the continuation of the actual town hall’s square, the entrance of the project is defined by the new pavilion and the renovated old barn.

The long building (70 meters) is creating a mineral square followed by a botanical garden, old Provencal plants and flowers are growing along the square.

On the other side of the pavilion, a Provencal garden is defined by 9 trees and a water canal.

The pavilion is hosting activities and functions, beginning by the children area:  a small theater and a playground, the fountain, toilets, a covered space for party, open air lunches and at the end an open air theatre for projection, children shows or movies shows.

A modern Provencal approach: the ceramic colored pattern comes from a piece of ceramic founds on the site, as a testimony to the region’s heritage.

The entire urban project is creating several intimate spaces and foster social gatherings and activities. It is a powerful tool to help the municipality realize its social policy goals towards the citizens of Gignac la Nerthe. 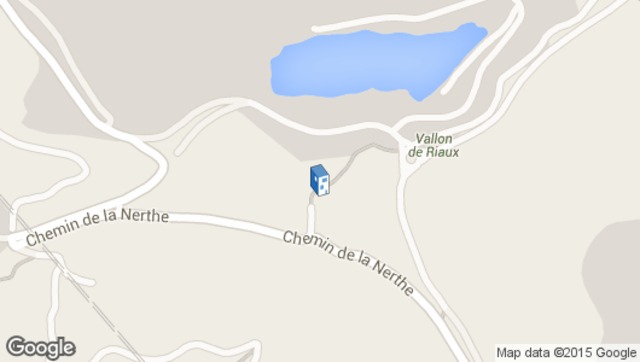 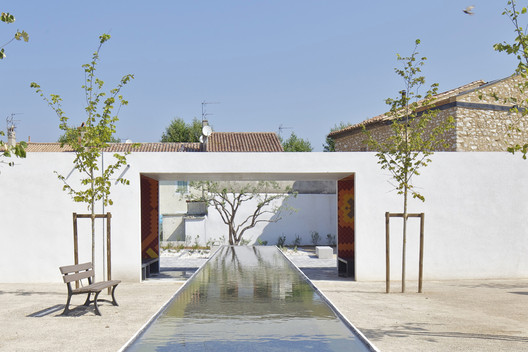