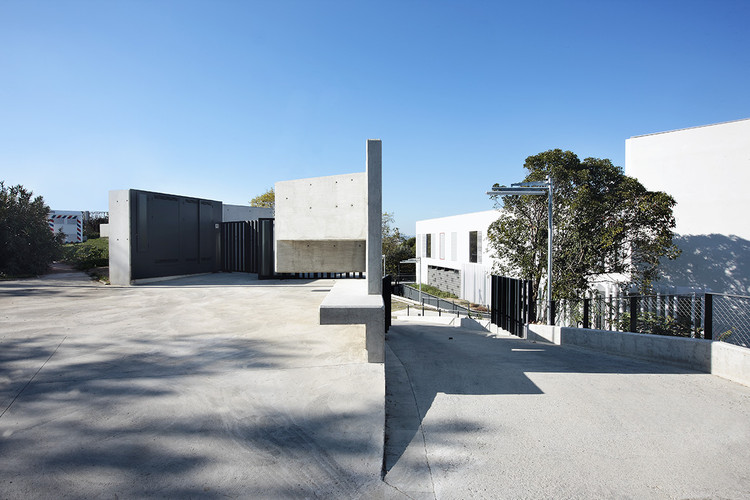 Text description provided by the architects. Located on the northern slopes of the Park-mountain of Montjuic , the plot is characterized by dense vegetation and a very steep slope that is only interrupted by two large natural terraces. The building is placed gently between them by rotating one of its wings to preserve the maximum masses of vegetation and to minimize the impact on the plot. This gesture conforms differentiated courtyards and landscaped areas to be used independently by users: the courtyard of the Classroom, which forms an outer extension of them and has the maximum degree of visual control, the playground for families and residents, depressed from the surrounding garden to promote a sense of intimacy and tranquility, and the northern courtyard, a larger space dimensions between public and restricted areas, which will house together users and families. Topography, orientation and other particular features of the place ...plus programmatic needs and internal security requirements, define the relationship of the building and its users with the environment, in a clear will to gradually increase the level of security, to somehow blur the perception of physical enclosures.

The residence building has very high security requirements. The first approach is immediate: how to have a home with such a degree of security that at the same time doesn’t break the continuous landscape of the environment? The answer is given by the high topography of the plot: the placement of the building following the natural terraces of the ground allows us to force the slope to street level, moving the locked entrance to the background of the plot making it unnoticeable from the street. The strategies are two: to the west, it is the land gap that acts as a physical boundary between the lower plaza and access the top of the ground, releasing part of the parcel which is transferred to the street as a public garden. The eastside takes advantage of the existence of an ancient breakwater densely populated with vegetation. A simple meshed pergola will be settled in the future by existing and bougainvillea vine, and diverse vegetation, closing the courtyard of the classrooms. The whole parcel will be landscaped with native and wild species that do not require any maintenance and return the land to its original state, ensuring integration into the landscape of the intervention.

The program foresees the creation of 27 places for permanent residence divided into 3 modules and 8 posts for daily stay. The particular nature of the addressed users requires very clear circulation schemes and clearly identifiable spaces easy to be controlled by workers and nurses. The program is divided on three floors, both visually and functionally into two wings each. Hallways, communications centers and nurseries are located on the center of the volume (both in plan and section) to provide clear circulation patterns, short, and functionally very articulated, allowing control from nursing facilities of all connections and movements around the building. 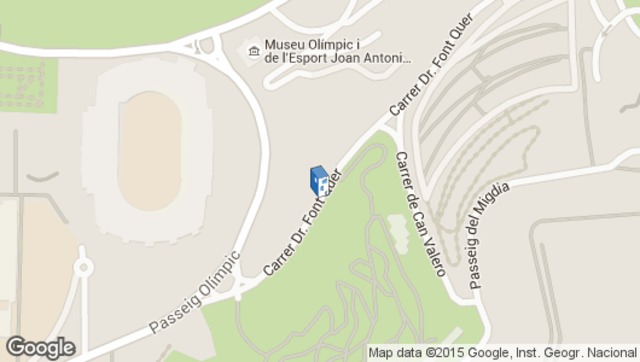