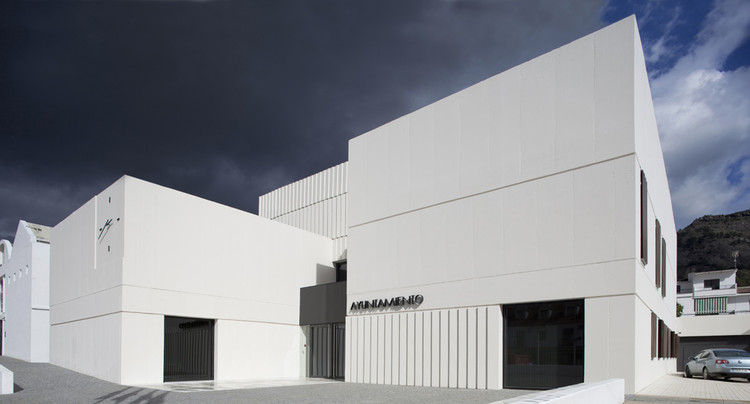 The site of the new town hall in Pizarra is strongly defined by its relationship with the square, which is a public meeting space. Due to its position, too close to the existing building of the Casa de la Cultura, it required two basic operations:

- Establishing an access platform for both buildings, which renders them as two contiguous volumes with a common base and their own environments.

- Producing a rear square with outdoor stands that addresses the steep slope and gives meaning to the interstitial space between the two volumes.

From the square, access to the building is via a wide ramp with a gentle slope. Flanked by two large white concrete volumes is the entrance and on it, the balcony.

Beyond the access, the public will find a triple height area, which contains different customer service counters. This space is designed as a public street which can be traversed establishing a continuity with the square - auditorium on the back.

The lobby is lit by large windows that collect light captured by the skylights on the Plenary Hall. This light is controlled by operable wooden slats that adopt the same geometry as the panels and shutters that surround the building.

The exterior volume responds to an organization into three distinct bodies built from white concrete, where the texture embossed in one is enhanced by the shadows caused by sunlight. The volumetric fragmentation articulates the answers that the building gives to each of the urban situations that surround it. 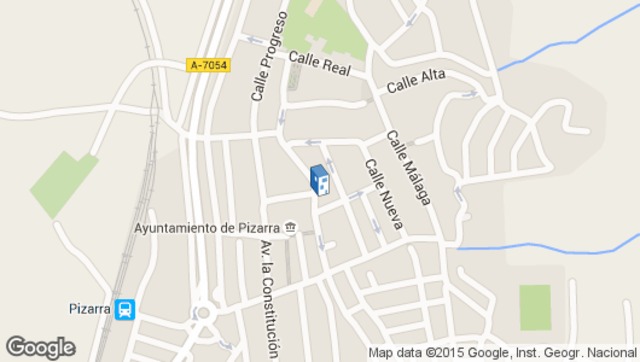 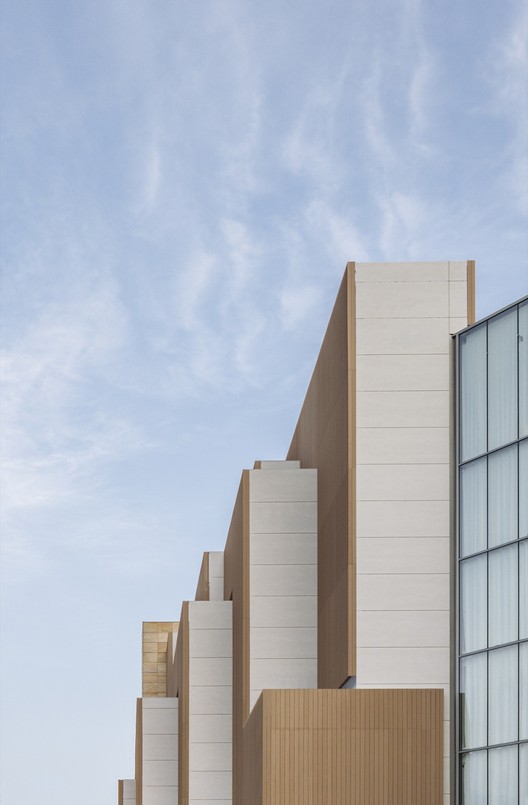 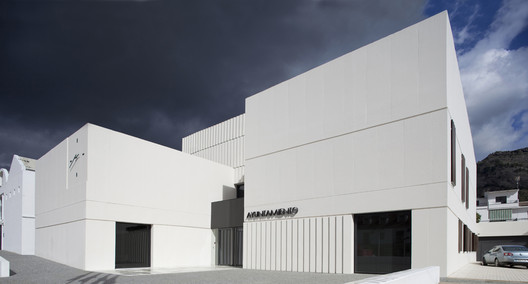