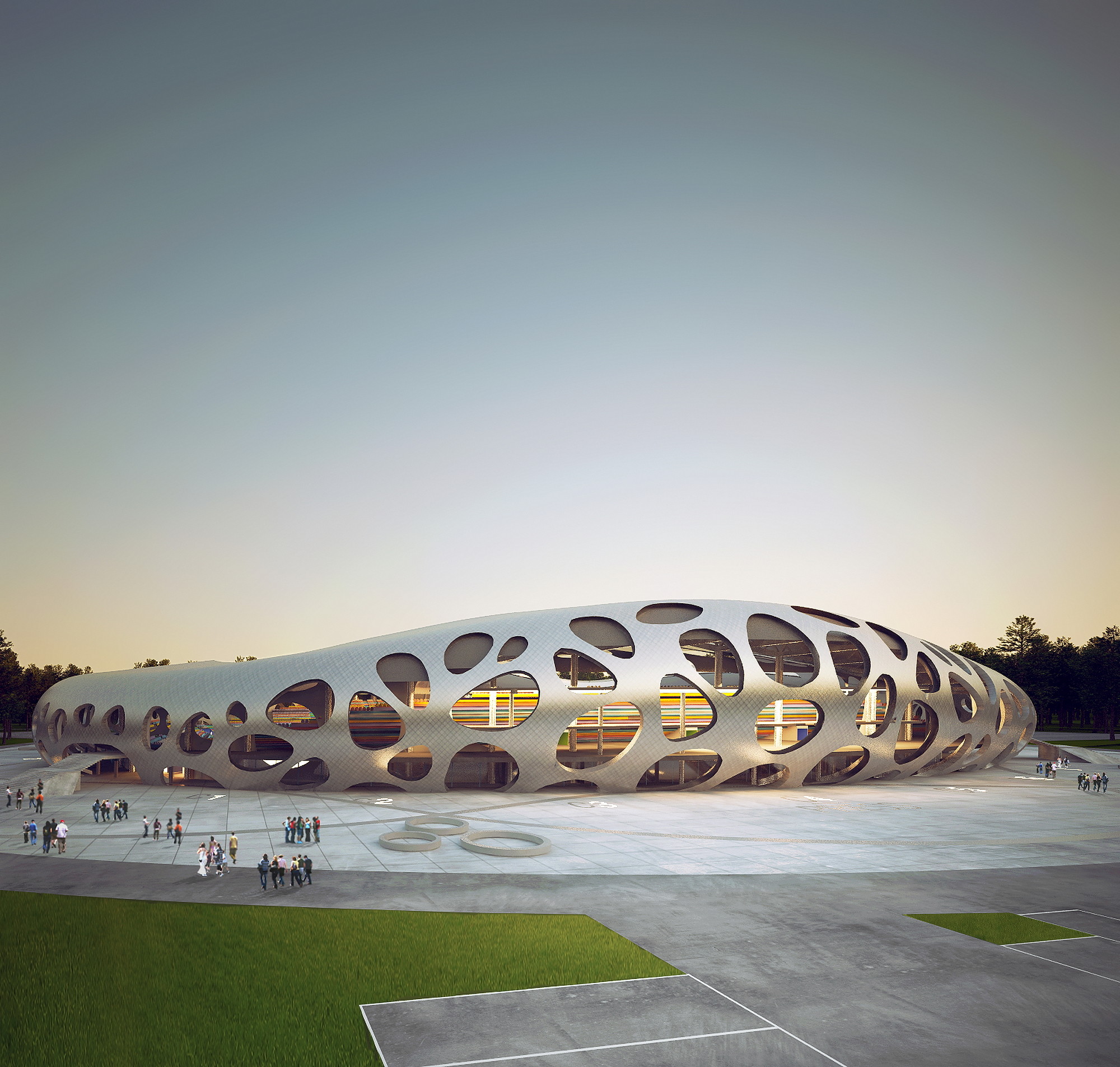 The stadium is set to open as the city of Borisov celebrates a significant anniversary in 2013. The program takes into account the natural advantages of the location and the existing interventions in the terrain, maintaining as many of the existing trees on site as possible. Because the stadium has 13.000 seats, it will need an additional 3.000 m2 of public space and obtain 4 stars according to UEFA categorization. The stadium will require external elements for traffic organization and controlled/separate access for matches and daily use. Finally, the complex is to have a recognizable image of this dominant city, placed in the soft surrounding greenery. The arena forms a unified rounded dome, giving the impression of a single enclosed object. The Skin of the dome gives an impression of a fragile stretched perforated textile pulled over the stadium skeleton. The covered space between the skin and the tribunes is a public street-a vestibule with public program (shops, bars, services, toilets) and galleries above (offices, VIP, press)

Internally, the rounded arena provides good acoustics and encourages an extrovert atmosphere from the players and the fans alike during the game, but focuses concentration during training time. The playing surface has N-S orientation, with a total area of 85x105 m, on which 68x105m is used for playing. The remaining area allows enough space for the installation of advertising screens, photographers and cameras. The seats are arranged around the playing field in rows of 17 along the sides and rows of 27-28 along the short sides. The upper west gallery is reserved for press cabins, with seats and tables for 40 journalists and direct stair access to the press room and mix zone. In the east are the VIP stands, with 250 seats and bar and entertainment spaces. The VIP is accessed directly via an elevator from the entrance area with a car driveway. The athletes have a separate access on the lower platform, with passage to team buses and parking. At each entry point to the field are two dressing rooms, mix zone, physiotherapy and a space for doping control.

There are 4 floors with extra program and service facilities under the west stand area and 3 floors under the east side. The foyer for visitors is located on the first floor level and has 4 stairway access points. It is a covered plateau, naturally ventilated and unheated. Extending all around the inner stadium arena, this space contains the visitor's toilets, bars, first-aid room and detention: it is a place to break during half-time. 3.000 m2 of public program is distributed at ground level on the north, south and east ends of the structure. In the east, a restaurant and bowling area are located. The restaurant prepares meals for the VIP during the match, with a service elevator for catering to the VIP lounge and bar within its public foyer. In the south, there are public fitness/gym studios. Other public area spaces are designed for various commercial activities. All restaurants have access from the public platform. Around the platform is a rounded pedestrian square, as a peripheral roundabout and meeting area. Parking pockets are organized into the existing forest area. 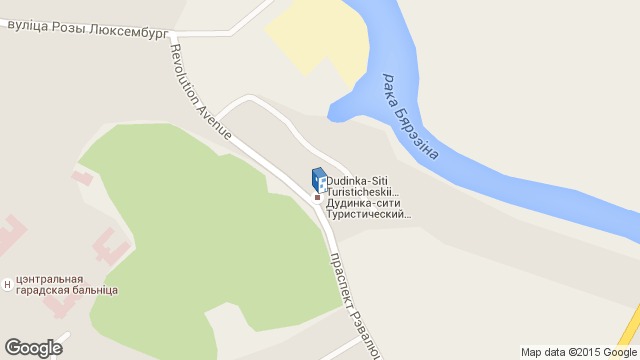 Location to be used only as a reference. It could indicate city/country but not exact address.
Share
Or
Copy
About this office
OFIS Architects
Office
•••