Save
One Family Dwelling / Rob Dubois 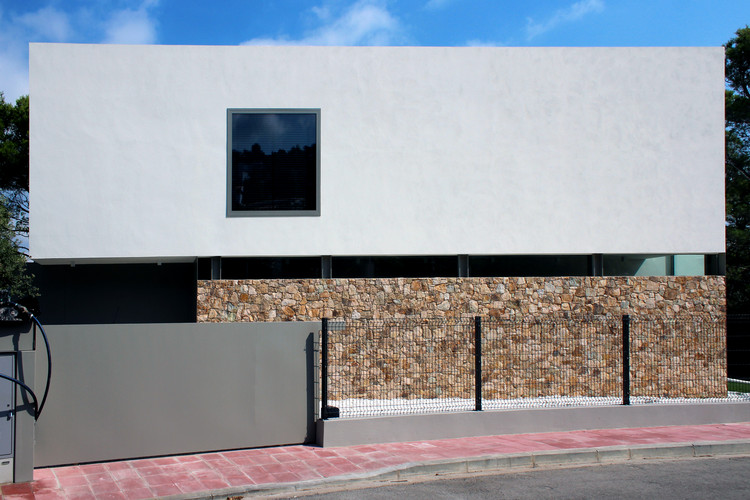 Text description provided by the architects. Halfway between the medieval village of Pals and the Costa Brava you find the urban extension 'Masos de Pals'. Its origins date from the sixties and has been filled from then on with 'typical Spanish' holiday homes with a lot of arcs and stone cladded, tower like structures, almost all of them owned by foreign people. Our plot is located here on the very edge of this quarter: no neighbours at sight and a clear view towards the woods and the beach of Estartit with the isles 'Les Medes'.

The two storey house built here has a simple but very clear distribution: a ground floor for all the daytime activities opened up to the garden and the pool, and a second floor with all the bedrooms (1 master + 3 children rooms, all of them equipped with their own bathroom). All these bedrooms have access to a large balcony which also serves as a canopy for the underlying terrace of the living.

The architectural language of this home does not repeat the false vernacular of its neighbours -the arcs and stone cladded towers don't belong to the original Catalan heritage, they're copies of what you'd find in the south of Spain- but it does incorporate the whitewashed walls typical of the Costa Brava and the stone masonry which can be found in the historic centre of the village of Pals. 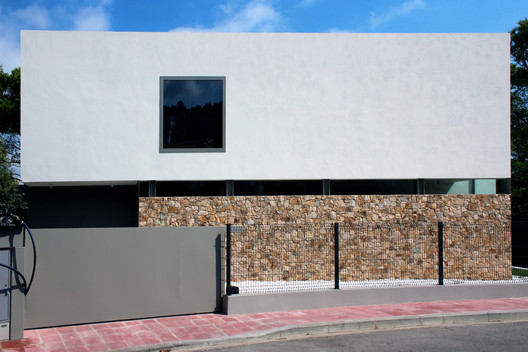