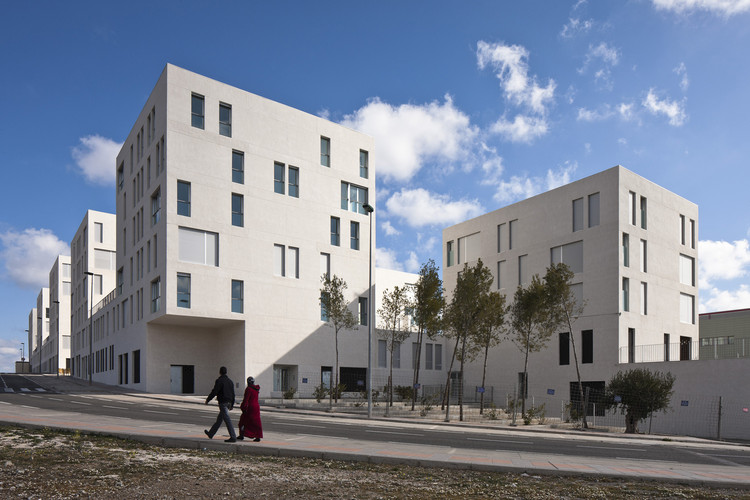 Text description provided by the architects. The international competition on Vanguard Social Housing (VIVA) organized by the Spanish Ministry of Housing placed a high emphasis on the relationship of the new architecture with the urban environment under the slogan 'We Make City'. Addressed to disadvantaged citizens and -as expected in most social housing projects- it had a tight budget. We decided to confront the tightness of the budget by taking advantage of the richness of the site complexity. Ceuta is in the north-western tip of the African continent and yet it is a European enclave, if you zoom in into the competition site within Ceuta you find the border of Morocco within 1km. The site in that sense at in the frontier of Europe and Africa, yet once you are in the site you don’t feel you are in a Spanish city, nor in a Moroccan, it is at best a hybrid landscape and to an extent it feels unique in this regard. Within 100 meters the site faces perhaps the biggest informal settlement of Europe called Barriada Principe Alfonso, a settlement characterized by hundreds of self built structures mostly inhabited by Arab immigrants characterized by their small scale, massiveness, cubic forms, labyrinth street patterns and intensive use of private terraces as public spaces are scarce. Once you are in the site the sounds of the call for prayer from nearby mosques makes you realize this is not your classical peripheral social housing plot. It is an intense and beautiful merging ground of cultures and environments, or perhaps to an untrained eye a rather brutal battleground between two ways of making a city. Finally the competition site also plays an unusual feature for social housing, with great views to the Mediterranean Sea. The competition asked for a clearly feasible scheme within the budget and restricted its typology to open block (slabs) as expected in most social housing schemes. Was this the right answer for this specific condition?

Since the competition first phase asked for an urban plan for 950 units we focus our efforts away from design and more towards a system or a pattern, in a way continuing the explorations of spatial systems initiated by Christopher Alexander in the PREVI project of Lima from 1969. But we restricted our patterns to architecture and spatial elements only. The design called ‘Vivienda de Patron’ seeks to find an answer for a type of architecture that could be a link between the European urbanism and the Arab informal settlement in the surroundings, a pattern that combines and merges the spatial systems of both ways of making. Therefore it is both a labyrinth and a grid, it has a small scale in its units but it is also combined with a mega plinth for infrastructure such as parking and storage, it uses intimate terraces for private and common use with open squares, intimate streets and urban corner shops. The target is to build architecture generous enough to be attractive and comfortable for ANY citizen regardless of its social or economic background. Most of the apartments have corner living rooms, all have long views between blocks, materials seldom used for social housing such as marble flooring, and other practical benefits such as covered parking places and storage for all units.

And you would live there? Many times during the competition we discarded schemes that look formally attractive because we could not answer with a yes to the question: would you live there? Therefore Pattern Housing is also a pun, or an inside joke where instead of designing housing for the poor, we design a living space where the PATRON would like to live. 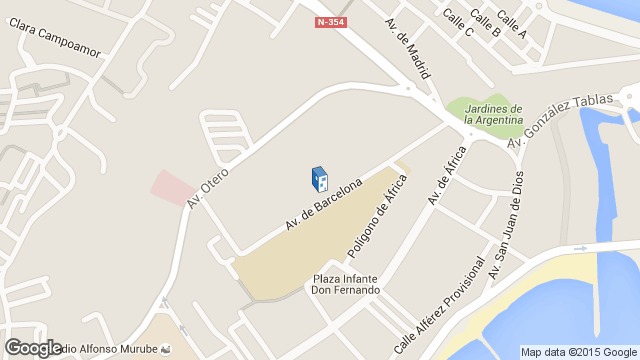 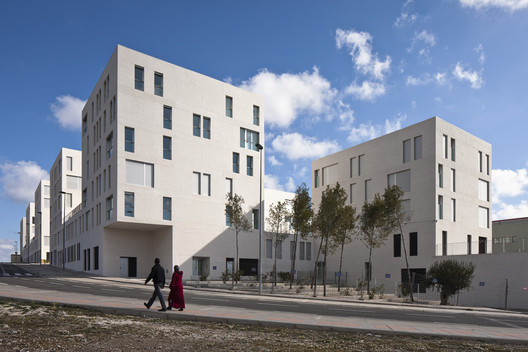