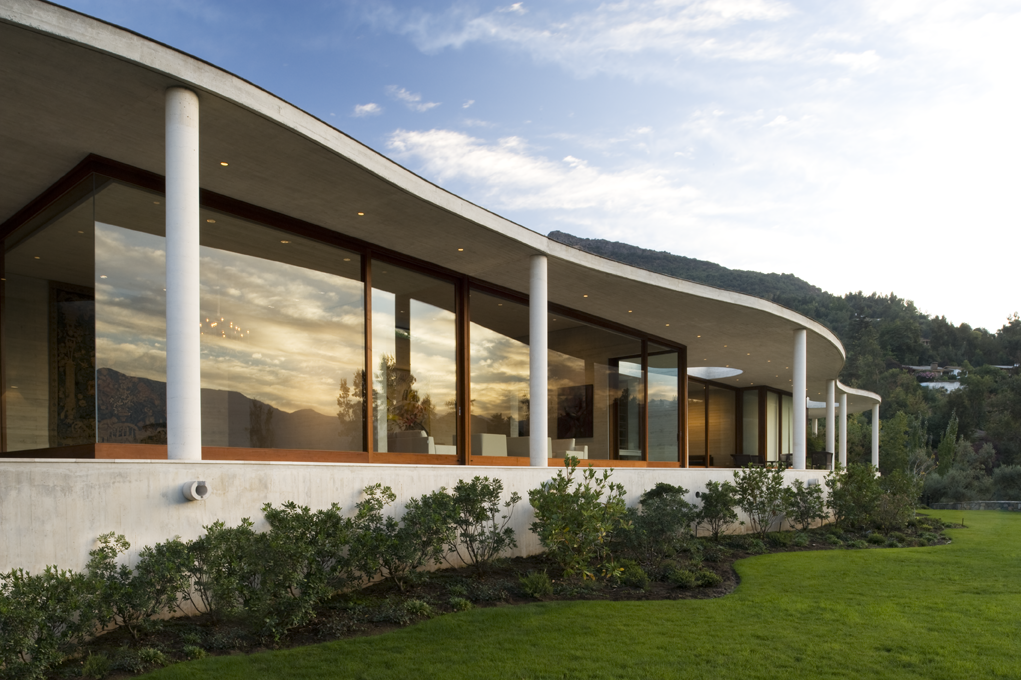 The location of the house is a terrace in Lo Curro bajo, facing the southeast of Santiago and with the Andes as a backdrop.

A house "without walls, only glass" was the initial and primary commission of the owners. Based on this premise, other concepts arose, such as enhancing the natural curves of the terrain, and to design the project as a balcony-home over the city.

The house is designed between two curves. One, the central circulation inside, and the other, on the facade above the city. Between these two curves we developed an orthogonal program of rooms that enhance the curves as elements incorporated into the landscape.

The almost complete transparency required was designed on the south facade, opening the house entirely to the terrace, transforming this facade into a large undulating corridor supported by the minimum number of columns needed to support the slab.

The house faces south, so the slabs were drilled to incorporate daylight inside. These elements were designed, oriented and sized according to the intent required in each interior.

The entire facade was constructed out of exposed concrete, along with the halls and circulation. For this purpose, wood formwork was used to give a fine texture and a proper scale. The surfaces of the bedroom areas were left smooth and bleached to have more neutral and quiet environments. The windows have wooden frames and floors are clad in wood. The terraces are finished in sand-colored stone. 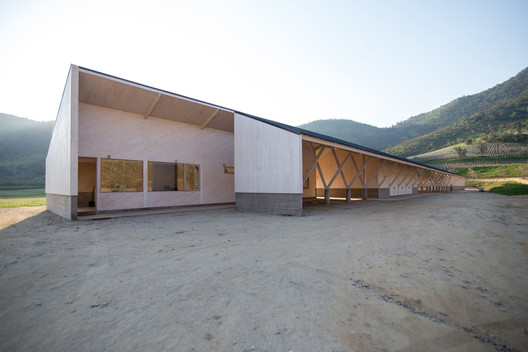