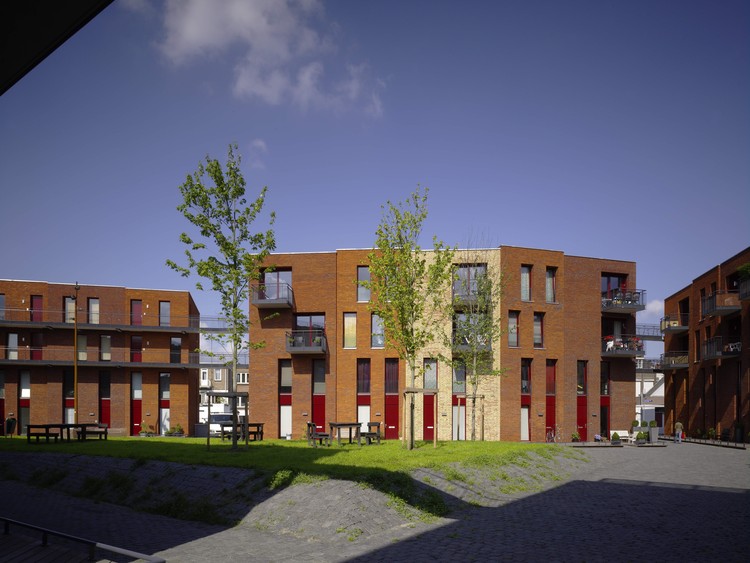 Text description provided by the architects. Court Of Today

In the bustling heart of Nijmegen, close to the historic inner city, lies St. Joseph Court. The court has a rich past. It was here, shortly before the Christian era, that the settlement of Oppidum Batavorum, the predecessor of present Nijmegen, arose. The oldest remains discovered in the court are of a Roman building dating from about 40 A.D., making it the Netherlands’ oldest stone building. The St. Joseph Court school stood here from the twentieth century, until it was demolished in the 1970s. The resulting ‘gap’ in the buildings was not filled in and the court became a parking lot. Now the court has been restored to its previous glory and transformed into the Court of Today.

Mecanoo’s scheme fits in with the pattern of streets of the historical inner city. Around a public court lie 98 dwellings, some of them with a garden and others in the form of apartments. Three communal gardens at the edges of the court form a link between the existing buildings and the new dwellings. The gardens differ in form and appearance and are only accessible for the residents. In the middle of the court is an attractive courtyard, open to both residents and passers by, where children can play in safety. Under the court is a two-storey car park for the residents. Glass peep holes in the ramp offer views of the archaeological discoveries in the St. Joseph Court.

The architecture of the Court of Today is contemporary, yet in keeping with the inner city. It was decided to create separate facades instead of solid volumes. The bricks, fired in a traditional round kiln in the neighbourhood of Nijmegen, have different shapes and tints, so that each of the dwellings has a different character. The rhythmically staggered facades have different widths. There is also an abundance of variety in the windows, including high windows spanning two floors and smaller windows scattered across the facades, which means that the interiors of the dwellings are laid out differently. One surprising element is the footbridge connecting the dwellings. By forming a circuit going along the various gardens and places, an exciting route is created at an elevated level. 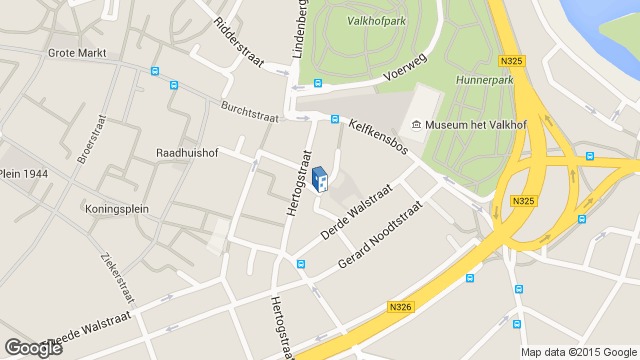 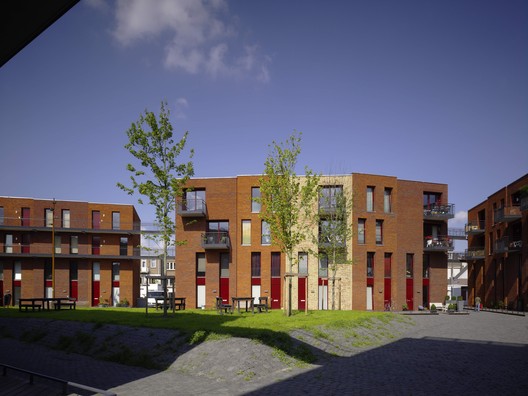