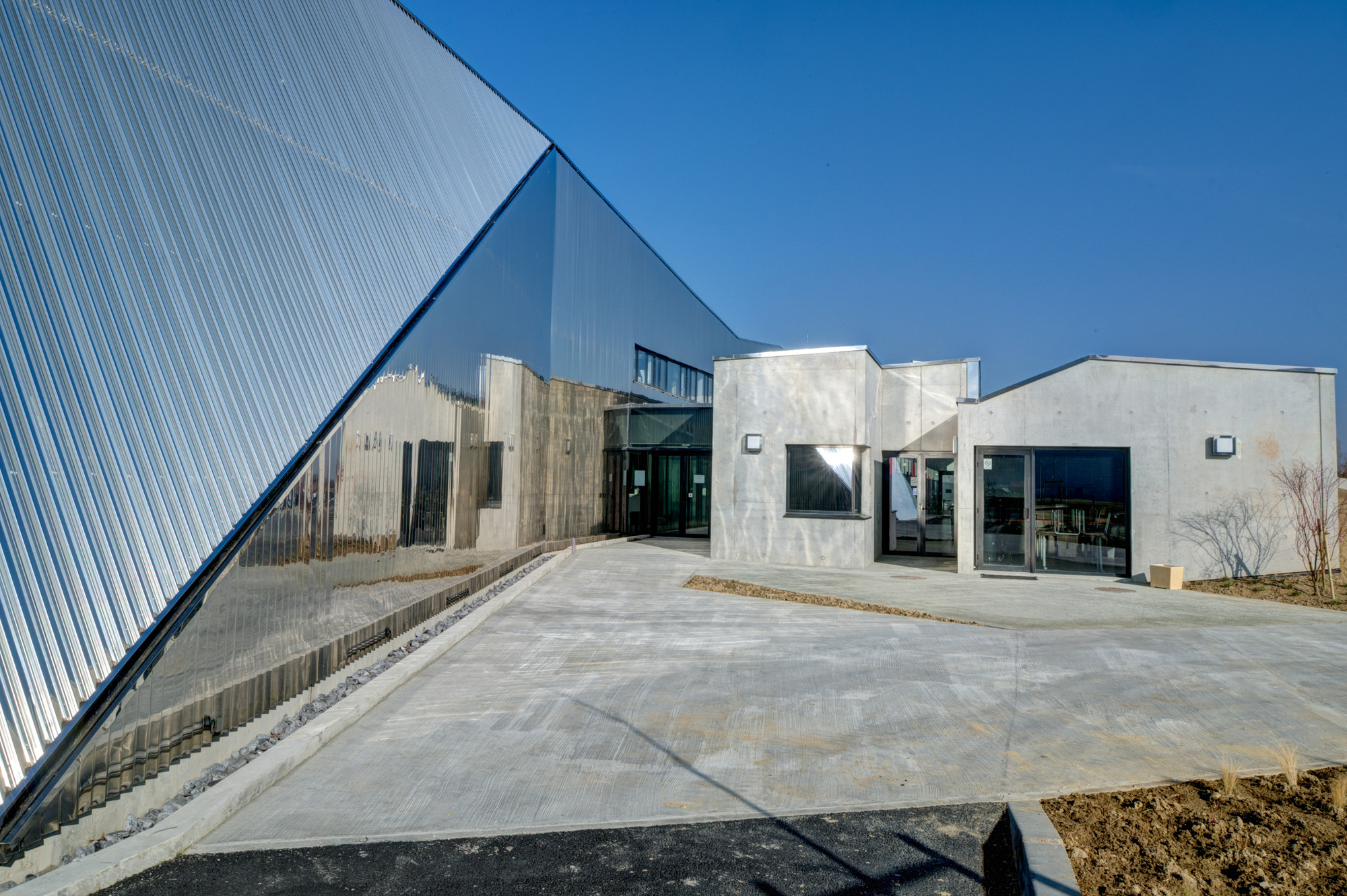 In a neutral environment, this project meets the functional demands, complies with the principles of High Environmental Quality, and also guarantees the promotion of the BIOPOLE site. Observation of the landscape suggested a succession of imaginary geological events. In the plain, a hill is formed, then it is cropped, and a part of it is levelled to serve as a technical area to the west, while the other, on the edge of the fault, traces the longest façade. The preserved “mound” houses the part which contains the offices, locker rooms, closed technical premises… It is sheared to open up circulations and introduce light.

The main building houses all the work premises. To the east the landscaped aspect of the project is developed, providing its erasure in the landscape by the introduction of planted reliefs and roofs covered with plants. Covered with polycarbonate on a concrete base, the west façade provides homogeneous natural lighting and contributes to the thermal insulation of the offices. The short north and south façades are clad with stainless steel siding reflecting the sky and the surrounding plantations. Like a changing monolith of quartz, the chameleon building emerges from the planted layout of the terrain.

Each geological event is associated with the requirements of function. The resulting project is organized around faults and cuts, making it possible to organize, differentiate and distribute the spaces and flows. Over and above a sound functional and economic response, the project guarantees optimum work conditions, thanks to a thorough study on natural light, heat, safety and the ergonomics of the work stations; and the whole architectural complex reflects the technical character of a high level public facility for city dwellers, promoting the tasks of the personnel by displaying their work tool. 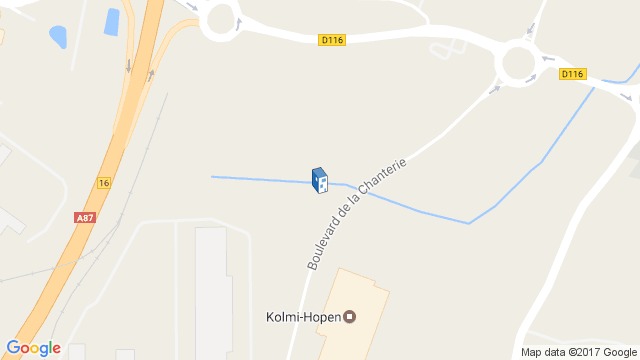 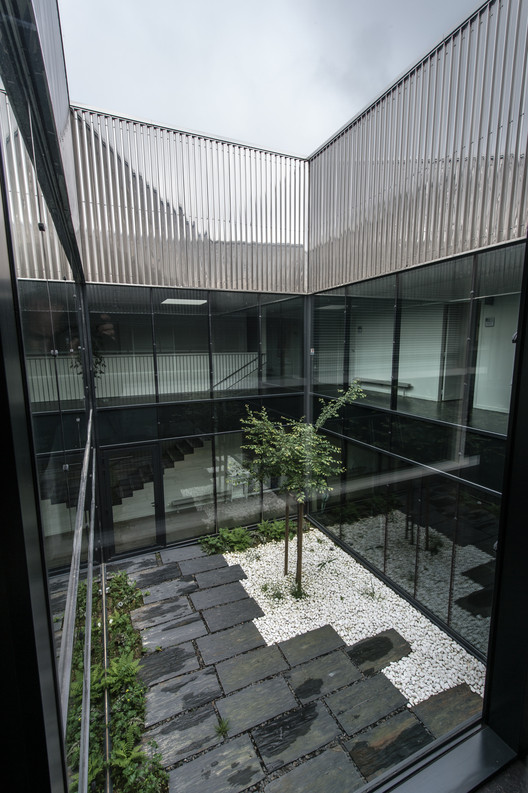