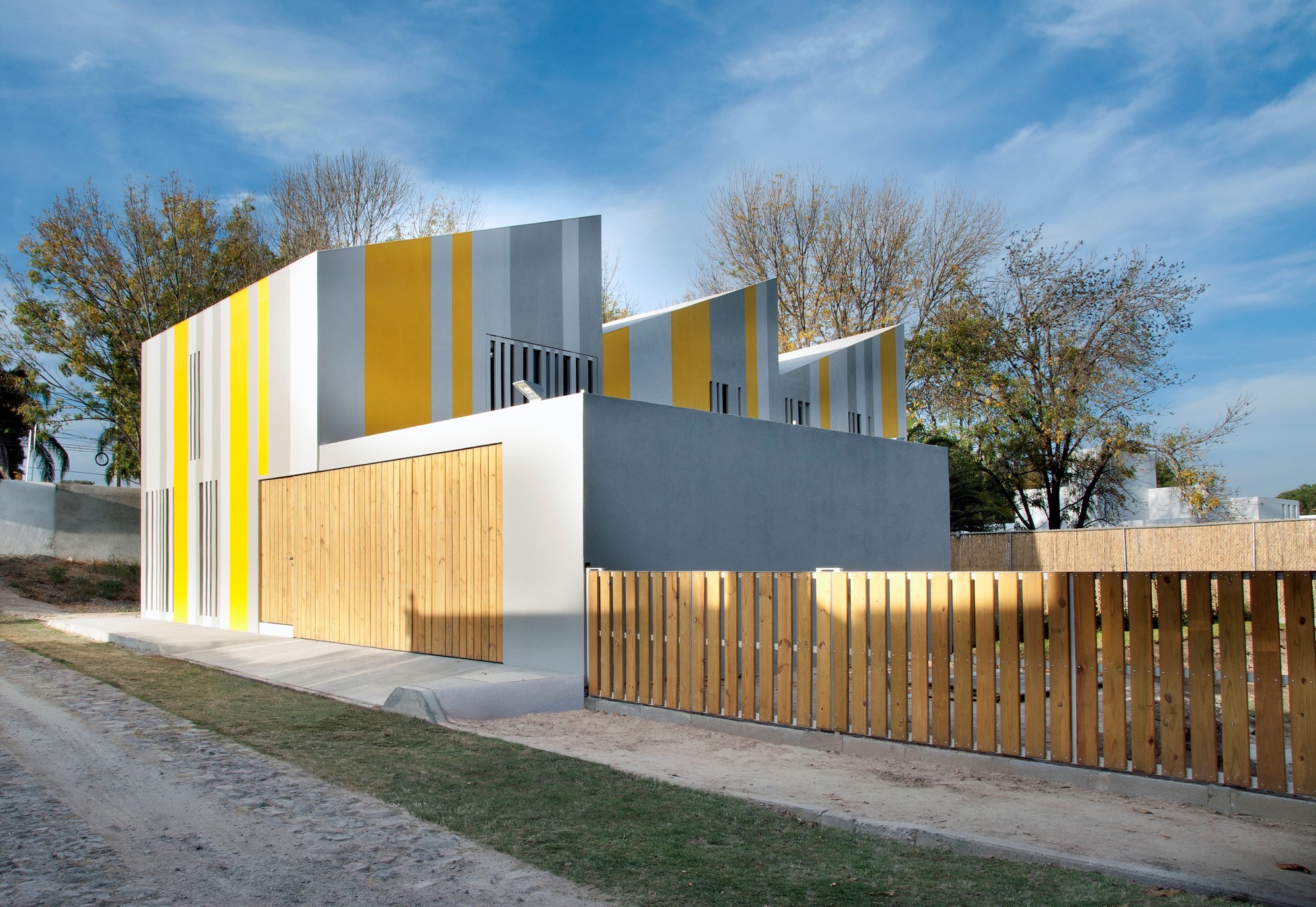 The location of this dwelling in Lagos De Moreno first led us to develop a typology related to its historical condition (north + west facades, open to the outside, try to approach the walls and scale similar to the foundation). In contrast, south + west facades playfully address contemporary living typologies currently undergoing an intense process of change and revision, which in this case is peculiarly attractive due to the degree of collaboration with the clients.

While the family consists of four members, only two rooms were built, one for the parents and another (with multiple customization options) for their two daughters, to encourage their negotiation skills and socialization. There is also a large social space, a home office for the couple to work in, and a media room that can function as a guestroom.

This program is materialized into a block in an L-shape. The upper level has a light roof divided into three sections of double triangles pointing eastward. The north facade has no openings, and windows barely appear on the west facade, ending with full transparency towards the garden in search of the best sunlight and thermal conditions (south).

A "ladder-bridge-lamp" system located in the heart of the house acts as a filter between activities: working, socializing and cooking. The upper level that contains the two bedrooms at the ends allows a double height for the home office and space for socializing. 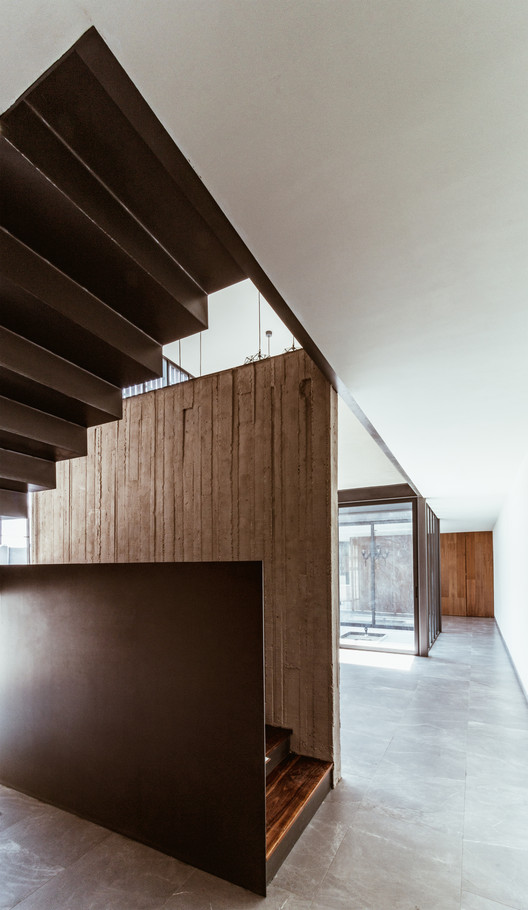