Save
Museum of the Atacama Desert / Coz, Polidura & Volante Arquitectos 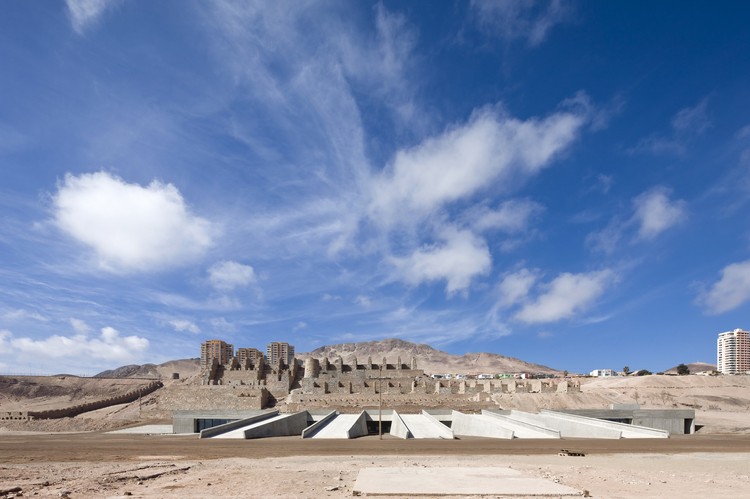 The Museum of the Atacama Desert is located at the feet of the Huanchaca Ruins, a silver foundation in the south of the city of Antofagasta, north of Chile.

The ruins are a national monument since 1974, therefore constituting the starting point, which sets an outline in order to create the strategy that was finally adopted for the museum.

The main objective is to value the ruins and make them stand out using solid masonry conforming simple identifiable volumes and walls of monumental scale that trace the White Beach silver foundry that finished its industrial functions in 1902.

Volumes and mathematical rhythms are expressed by the ruins through voids and heavy massed shapes that were translated into the geometry of the five rampant rooms that compose the east-west axis of the museum.

At the same time these volumes connect the two existing terraces in the terrain.  This operation is intended in order to construct a base under the monument, not interfering with the views that are directed intentionally by framing in the architecture and thus generating fluentness throughout the cultural park of Huanchaca.

Inwardly the Museum contains five permanent exhibition rooms, two of them are dedicated only to the geological desert of Atacama, two other volumes are dedicated to the mining industry and the first northern inhabitants of Chile. One last room is dedicated to the outer space containing donations by the Southern European Observatory.

At the north access a vestibule conforms the Huanchaca Room, a space dedicated to temporary exhibitions and activities of extension of the Museum.  This space connects visually and relates to the ruin through a long gash that permits views toward the pre-existence and all its splendor while still being in the interior of the Museum.

Three patios resolve the climatic control by creating crossed ventilations and one containing technical aspects of the Museum.  These patios also define and relate visually the interior of the building with the ruins that stand out, reaffirming the main goal of the project.

The first patio to the north, relates with the visitor through the conservation and museography work the institution has to offer.

Through large windowpanes the second patio expands and connects to the vestibule of the auditory, with capacity for a hundred people facing the front of the cafe, a souvenir shop and the service area that ends the museum´s public area.

This operation converts these elements of the architecture program of the museum into intermediate spaces that allow the rigorous heat to escape turning them into ventilated and well aired spaces.

The final patio is completely dedicated to the technical aspects of the building, concentrating them in this space and locating them under the habitable cover with grating. This area is aired up and protected for security reasons.

The ventilations and installations of the building are grouped on a vertical concrete monolith that eliminates any element that could disturb the visual relation between the cover and the views to the ruins, endowing with sense the only element that escapes the horizontal eagerness of the building.

The habitable cover delivers a window to the monument and on the other hand connects visually the museum with the sea, reaffirming the permanent relationship between the abrupt topography presented in the terrain and the slope located west of the Huanchaca Cultural Park 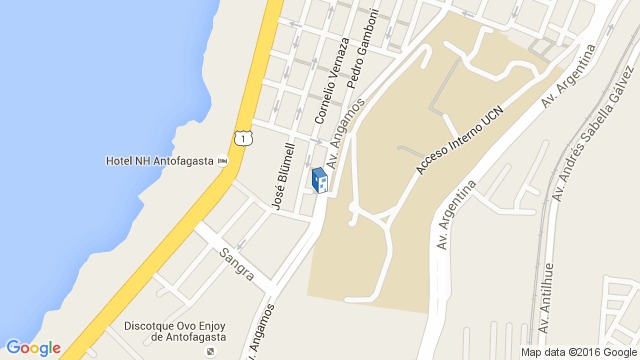 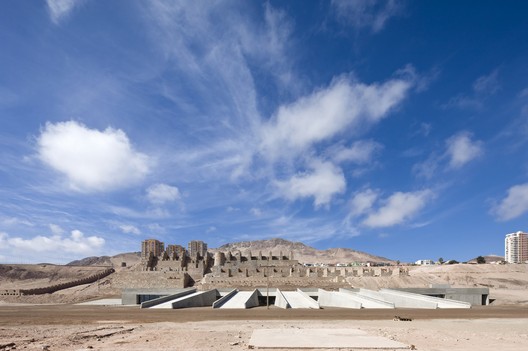