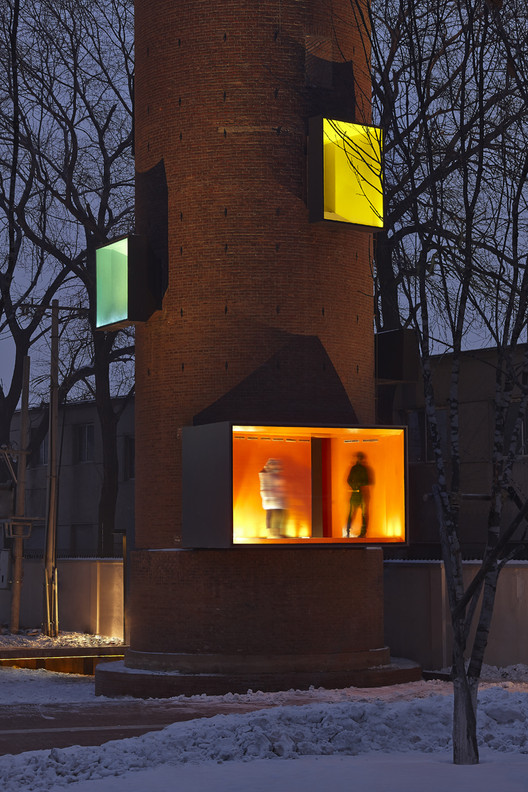 META-Project, a Beijing based research-design studio has recently completed a renovation for VANKE in Shenyang, China that infused new life into the dilapidated water tower in an exquisite manner.

This water tower is located in the campus of a run down military factory, formerly known as the People's Liberation Army No.1102 Factory, founded in 1959 during the Great Leap Forward. Formerly one of the most important heavy industrial production bases of China, the Tiexi District in Shenyang is now full of miscellaneous industrial relics from that time period. Water towers scattered around the city have become unique symbols of the history of industrialization in this area and the visual anchor points in the ever-shifting reality of this region. The transformation around this particular water tower began starting in 2010. VANKE, China acquired the campus of this military factory, converting it into what is called the Blue Mountains residential complex project. Along with the decisive construction of the surrounding cities, the water tower has remained well preserved – functioning partially as a reminder of the fragmented memory of the history of industrialization, as well as serving as a projection of unexpected public use in the future.

For META-Project, the water tower, which is re-interpreted as a type of “Public Folly”, has provided deliberate clues. A “Folly” is a highly ambiguous built object that either suggests by its appearance some other purpose or is so eccentric that it transcends the common usage to which it belongs. The definition of a folly "lies in the eyes of the beholder", and it only makes sense in the precise positioning within its physical and historical context. The water tower is situated in such context: spatially - it is situated on the edge in-between the inherited industrial fabric and an upcoming residential complex development; temporally - it is sitting on the dividing line which separates where Tiexi has deviated from the industrial past and where it is accelerating towards an alternative future.

Setting off from the precise positioning within this context, META-Project started to unfold the concept of the renovation along this space time continuum as opposed to taking it as an isolated event. The renovated water tower pavilion, or the “Public Folly”, on the outside forms an artistic intervention in the urban landscape, and on the inside it offers a space for public activities for the surrounding communities. Even transcending mundane usage, it functions almost as an adaptive device, able to re-create linkages from two removed sides – like a transmission, or a hinge…

While memory is the ineffaceable attribute of a place, like the palimpsest, the original text scraped off will not completely disappear in the overall comprehension of the city. This will also lend to a re-interpretation of the other dozens of preserved water towers scattered around the industrial city of Shenyang. Every night, as the heavy water tower gradually fades into darkness, the bright light boxes will become distinct signals floating in the air symbolizing a quest to seek out the hidden corner of the history and archetypes of architecture. From there, the water tower digests the opposition of history and reality into a completely neutral space – it becomes a simple sensory device of the external world, an ear, or a viewfinder...Through renovation of the water tower, META-Project posts the question again on how to look at the history and how to understand the changing reality? 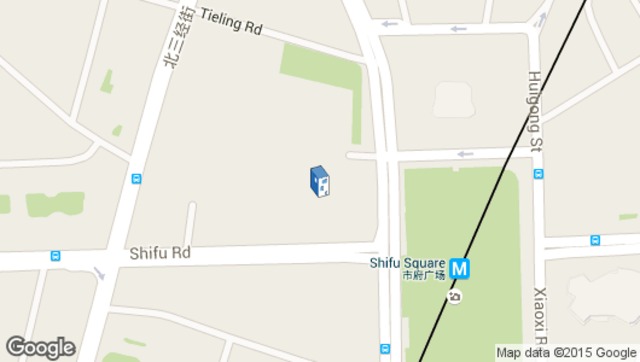