Studio V Architecture recently won the competition put forth by the Connecticut Department of Transportation for the design of a $500 million redevelopment of the Stamford Transportation Center and surrounding area. Grown to become the second largest in the region after Grand Central Terminal, Studio V, along with developer Stamford Manhattan Development Ventures (SMDV), aims to transform this traffic-congested station into a dramatic new 24-hour community that reconnects Downtown Stamford to the South End and the city's waterfront. More images and architects' description after the break.

Studio V Architecture is the architect for the development, and also collaborated with Stantec on the master plan, and Walter P. Moore on the parking design. Their design calls for three new buildings as well as a range of streetscape and infrastructure improvements at Station Place, Manhattan Street, and South State Street, all within a quarter mile of the train station.  The transit-oriented development includes a highly diverse program of uses within multiple structures, including approximately 600,000 square feet of commercial office space, 60,000 square feet of street level retail space, a hotel with approximately 150 rooms, and 150 residential units.

The designs for all three buildings integrate forms, materials, program, and architectural systems to create a strong architectural statement at this highly visible location that defines a front door for the City of Stamford. The new building at Station Place contains a hotel, residences, and street level retail, and features a curved transparent glass curtain wall that wraps around and extends over the top of the structure to partially enclose a roof garden overlooking the city. The Manhattan Street building will contain a vertical garden that runs the full height of the building and includes offices, a conference center, and residences.

In addition to innovative architectural design, the transformation of the station will include improvements to existing and surrounding infrastructure. Design improvements include new pedestrian connections between the sites, bicycle access, street-level enhanced paving, covered canopies for waiting vehicles, and direct links between the platform and parking garages. The vision for this train station integrates design into a larger series of landscape and streetscape improvements, including green roofs, landscaped pedestrian bridges, and new connections to the nearby Mill River Park and Greenway. 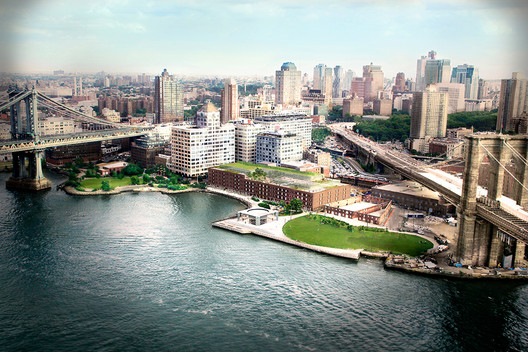