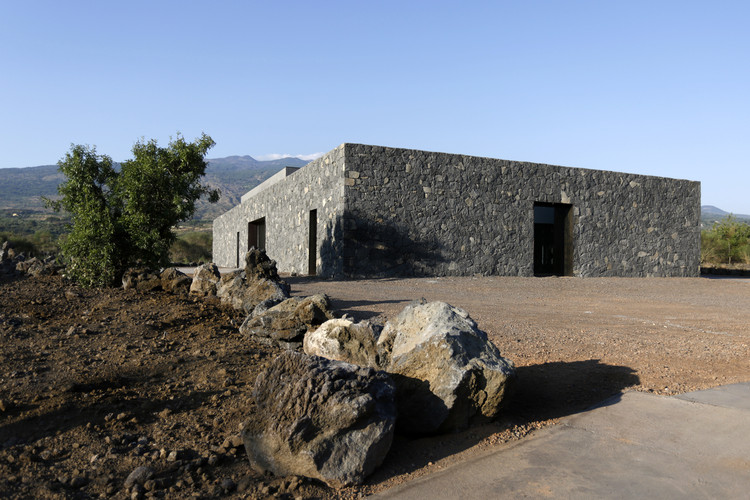 Text description provided by the architects. A winery on the slopes of Etna is a design project of great interest but also quite difficult to achieve owing to the problems of interraction of different themes of great interest such as the volcano, the lava flow, the “pietraie” ( great base bed walls built in dry stone which divide the territory ) as well as the varied vegetation like the yellow broom plant that grows and contrasts against the dark colour of the lava.

This business iniziative is promoted by Azienda Agricola Planeta s.s who looks after the management of agricultural grounds as well as the production and marketing of wines and top quality oils produced in the communes of Menfi, Sciacca and Sambuca di Sicilia in the province of Agrigento. Arcate in the province of Ragusa and also Noto in the province of Siracusa. Today the A.A.P produces and exports its products to over 40 different countries world wide. The beginning of this new venture on Etna, which is set in a wine growing establishment of about 35 hectars, arises from the growing interest which concerns the wine districts of quality (“le strade del vino”, other companies in the same sector, the favour of communal administration in the cure of the territory etc, etc.). The project is based in a flat clearing obtained in the middle of a lava flow from the 1800 which looks over a wonderful view of rich imposing vegetation. The site has many territorial roads which render reaching principal destinations and great arteries of communication, easy. From the morphological point of view,the area studied is situated about 620 meters above sea level on the north slope of Etna which is sub flat and which lowers towards north, north-east characterised by weakly pronounced slopes.

The territorial morphology is characterised by the presence, in the north by the Alcantara River which delimits, together with the Simeto River in the west, the whole volcanic area. The initiative of the project, has the goal of setting up a production plant with a capacity of about 2000 hl proposing essential volumes in a contemporary architectural language. The plant's plani-volumetric is composed by three bodies of the structure ( processing building- bottaia / for the barrels- warehouse ) and has been set out with the aim of of establishing continuity between the volcano, considered a “conspicuous” predominant element in the landscape, that generates closed spaces between the building and the lava flow and which is capable of offering paths and work areas without losing contact with the surrounding rural habitat.

The main building is a prism with a rettangular base organized on one level with a dimension of 39,10 x 17,25 and is divided into two parts by a “ tunnel” where the grapes are gathered. This structure is destined to house the work area and is made in c.a.p elements and is padded with wall haggings 60cm thick , made from quarry lava rock and dry mounted according to local tradition. The inside of the building is divided in three ares: the first destined to the conferiment of the grapes, almost in a central position and with lateral openings and therefore consents a transversal crossing of the building. In the south there is the stockage area and wine making area with stainless steel tanks. The working height here is of approx 5,50m. In the north is the area destined for bottling the wine with a small wine laboratory and bathroom facilities for the dependents. The covering is flat with a garden roof. The building has the shape of a monolith which integrates and confronts with the surrounding environment, directing the visitors sight, with its direction, towards the cone of the volcano.

The bottaia is concieved as a petraia. The building, partially buried, is 1.8m above the level of the countryside. The part above ground is cladded with lavic stone, collected and dry mounted according to the construction of the “petraie” of Etna. The dimensions of the plant are about 9 x 20m . The buried floor plan is approx 2m compared to the counrtyside level and can be reached using the slight ramp or a stairway that is encased in the rock. Inside there is a single area of about 160m2 conceived to house the wine in barrels. The roof is covered in lavic gravel and has a stairway dug in the stone which transforms the roof in a terrace where the splendid scenery can be admired.

The third volume, also with a rettangular plant with the dimensions of approx 10 x 15m, i s entirely made of modular elements in prefabbricated reinforced concrete, but the external walls have a traditional dark grey plaster finishing. The body of the building is aimed at depositing full and empty bottles.The building is surrounded by a 1.8m tall wall which creates a closed garden. 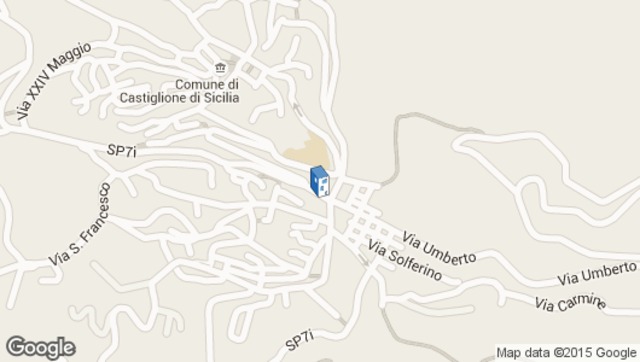