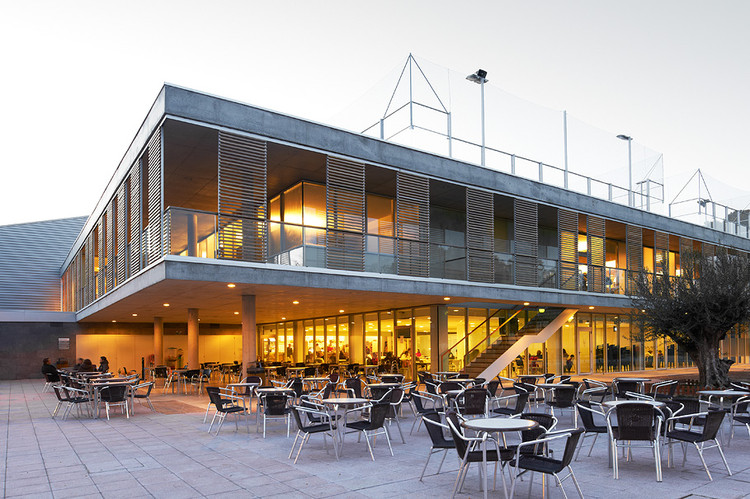 Text description provided by the architects. The new building plays a key role inside Helios sports and leisure centre, working as an extension to the dressing rooms facilities and connecting an existing sports building.

Solve the connection between dressing room facilities and the sports centre, making it more natural through the new building. Create an integrated new façade of the group of buildings to the south, east and west, and a service yard to the west, needed for the functioning of the three of them.

A cantilevered slab of variable width runs through the perimeter of the building in its three main elevations, providing protection to direct sunlight and a porch in the ground floor.

Clear and easy circulations and functional distribution according to privacy: the more public areas are in the gorund floor (cafeteria, multipurpose space, reading room, social room), and the more private areas are in the upper floors: gym and spa in the first floor and padel courts in the roof, restoring the open space occupied by the building

The insertion of the new building between two existing constructions create a new whole which dialogates with the built and natural context.

The separation between inner and outer spaces is diluded due to a curtain wall system, so the real enclosure of the building is the exuberant vegetation. 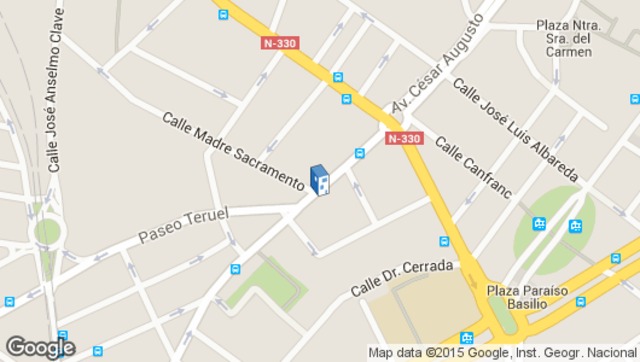