Text description provided by the architects. The museum is situated within the historical section of the city, and is encircled within the medieval wall surrounding the castle and the town of Avranches. The museum enhances the value of the Medieval remains, defense walls, and an ancient cellar. Furthermore, it reconnects two parts of the city that were previously separated. The new construction respects the Medieval custom of inserting a building along the walls of defense, one against the other while leaving a pedestrian path along the wall for the soldiers. The vaulted cellar from a Medieval house which was conserved on the site has been restored and integrated into the project. The Museum access from the plaza is made possible through the use of a tower and a bridge which spans above the first wall of defense.

The general layout of the project consists of three distinct entities: The plaza, the walls of defense and the museum, itself. The museum is naturally inscribed within a triangle which is delineated by the rue de Geôle and two recently rediscovered ancient walls. This composition integrates the slope of the site accompanied by a set of ramps, which delineate the spinal column of the project. The roofs adhere to the design and the slope of the ramps, permitting the museum it’s optimal integration within the urban scale, and continually reflecting the declivity of the city. Slate, being the omnipresent construction material of Avranches, is employed in the design of the roofs.

The architecture of the museum derives inspiration from numerous artefacts within the Abbey of Mont-Saint-Michel. The bareness of the walls, achieved through a minimalist treatment of the concrete, is reminiscent of the extreme sobriety of the Abbey. Although rough, the walls are nevertheless very carefully crafted, not only on their surface, but also in their geometry. However, their stark nature doesn’t manifest itself without making reference to the velvety texture of the parchment. Thus the material of concrete is situated between the noble aspect of the stone and the softness of the parchment.

The natural lighting of the museum is assiduously controlled. It essentially flows from the sky, thereby alluding to the religious symbolism and spirit of the Abbey of Mont-Saint-Michel. From the plaza, the visitor is invited to climb up the soft ramps of the museum. In itself, the psychological implication of ascending a series of ramps to arrive at a particular destination is obvious; but simultaneously, this act is compounded by the fact that the visitor is reminded that he is re-enacting the mounting of the steps when he visited the Mont-Saint-Michel. Essentially, one is thrust back to the perception that he must have experienced in the Abbey. In combination with the ascension comes the feeling of rotation. In climbing from one ramp to another, there is the undeniable realization that one is turning, so that in tandem with this phenomenon of upward progression there is also the definite sensation that one is experiencing a spiral trajectory.

During the helix trajectory towards the entrance of the museum, the visitor begins to lose his sense of spatial perception regarding the outside world. Then, from the moment the visitor walks through the doors of the museum, his sense of spatial references are more and more put into question. Both the fenestration to the exterior as well as the openings from one interior space to another are designed in such a way as to maximize the effect of surprise, especially with regard to the visitor’s expectation of the ultimate focal point, “the treasure”. Although from the beginning of the visit the book tower or “treasure” can be perceived through thin slots, its full view is only possible at the summit, just before entering the book tower itself.

The design is organized around the central focus, “the treasure”, where the masterpieces of the collection of original manuscripts are displayed, some from the 10th century. The arrival to the destination of the “treasure” is marked by a pause, a time to take a deep breath, a moment when time itself rests. The spaces in the procession to the destination are bathed in austerity, tempered by the rhythm of the ascension and by fleeting glimpses of the “treasure”. At last, as was with “the body”, the “body of the text”, the ultimate, “The Tower of Books” is finally revealed in its essence. Surrounding the “treasure”, the space is surmounted by a crystalline roof of tinted glass effusively showering the outside walls of the “treasure” with hues of light in accordance with the colors of the manuscripts therein.

The arch is frequently represented in numerous medieval manuscripts in a manner symbolizing the sky, as opposed to rectangular forms symbolizing the earth. During the time of Robert de Torigini, Abbot of the Mont-Saint-Michel, one frequently notices the presence of the arch, as a crowning of the heavens, over which are floating an ensemble of sloping roofs. In page 25 of Torigni’s cartulary, the illustration is horizontally divided, illustrating two superimposed orders, as two moments in a discourse. The analogy with the proposed project is established: Vault dome, superimposed floors, floating roofs combine in the perfect integration of the project with regard to the manuscripts of Mont-Saint-Michel. 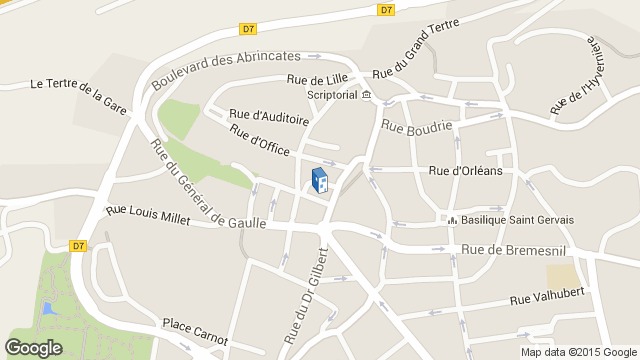