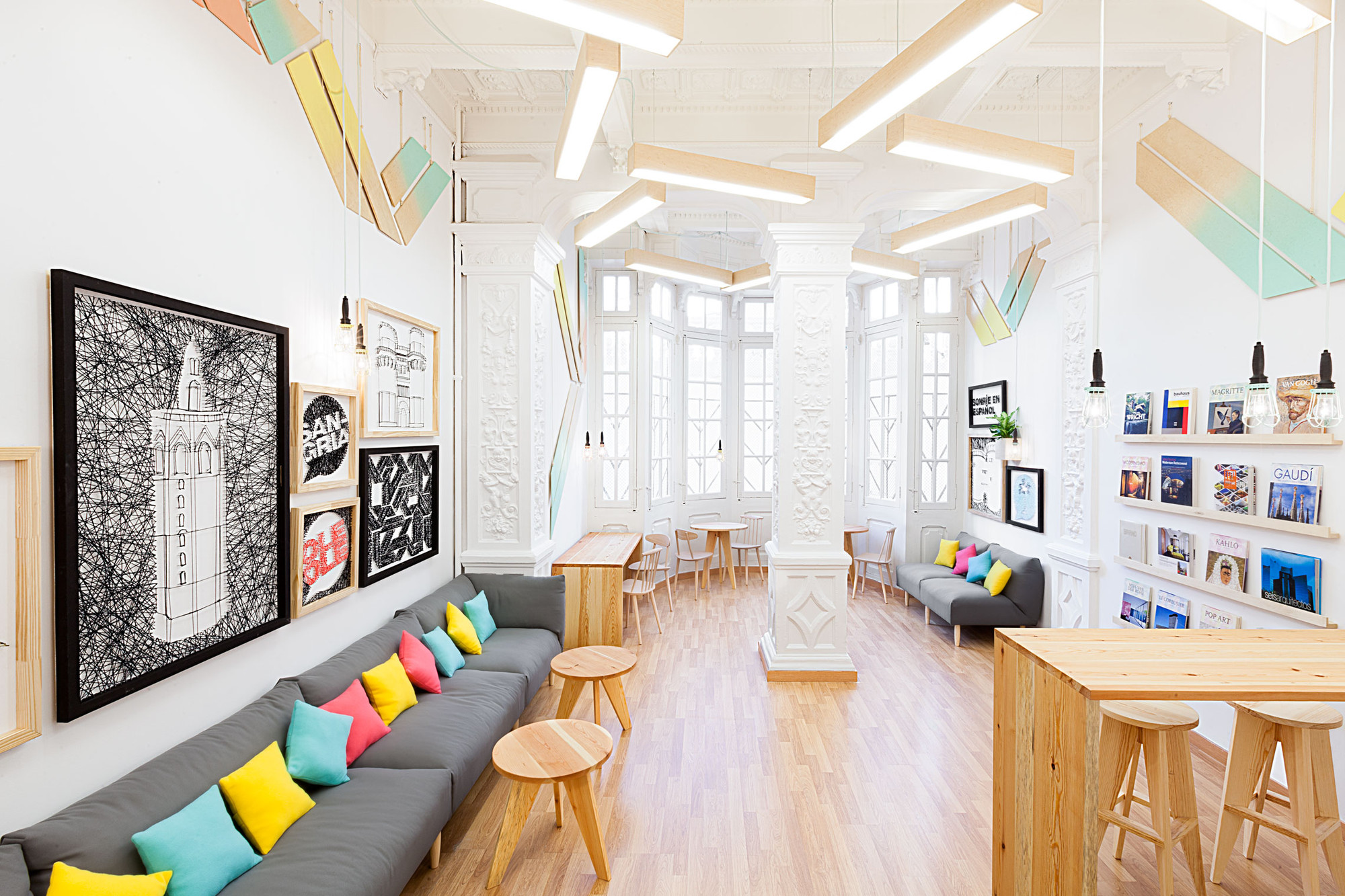 Text description provided by the architects. Masquespacio presents its latest project in a central area of Valencia, Spain. In this opportunity, the design studio has created the space and identity of 2Day Languages, a new Spanish school in Valencia.

This is a project that starts, on one hand, from its corporate identity represented by a flag which merges with a text bubble with the three fundamental characteristics of learning a language: levels, goal, and conversation. On the other hand, it integrates part of the values of the city of Valencia, that blends modern and ancient architecture. This merger is symbolized in this new Spanish school through its neoclassical architecture and the intervention made by the designers.

The space is designed on an area of 183 square meters, with three classrooms, a staff room, and a lounge. Each of the classrooms and rooms are a defragmentation of the identity of the brand, and also include parts of the Spanish language and Valencia architecture inside. At first, one can see that the classrooms feature the three colors of the brand, which at the same time are a representation of the levels A, B, and C established by the Common European Framework of Reference for Languages, here portrayed in blue, yellow and pink. Each classroom has a different color that fades as if presenting progress in language learning.

Sculptural lamps are a defragmentation of the graphics. Ana Milena Hernández Palacios, creative director of Masquespacio, says: “Since the protagonists in the classrooms are the students and their teachers, we wanted to limit our involvement to a minimum without forgetting the freshness and the good feeling that each space required, in addition to matching the importance of modern decor and the beauty of the neoclassical architecture of the building. We chose warm materials like pine to generate pleasurable sensations, along with functional features to facilitate the performance of the school. We thus proposed two tables in each classroom, that can be separated and stacked at any time in order to carry out different activities. The chairs take into consideration comfort for students, and can also be stacked.”

Upon leaving the classrooms, in common areas where students gather, one can see how the levels and their colors come together, in the reception and also in the hallway, by means of small sparks of color gradients in the lower parts of the wood siding. The lounge follows the same color palette, but merges into the decorative elements designed upon the brand identity.

Undoubtedly, this is the part of the project where the decoration is most prominent, following the guidelines established in other parts of the space. Highlighted here is the representation of communication elements, characteristic words of the Spanish language, and some icons of Valencia architecture using a knitting technique with wood and nails.

Masquespacio wanted to stay true to its business philosophy translated into creativity, corporativity, and democratic design, always under the concept of creating space to live in and to enjoy, space that surprises its users and makes them comfortable. 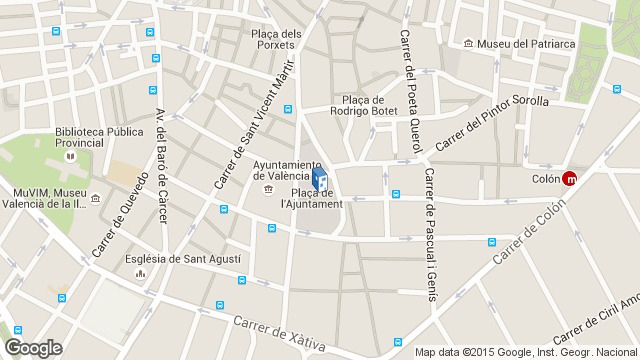