Save
Terminal 2A Heathrow / Luis Vidal + Architects
Share
Or
Copy 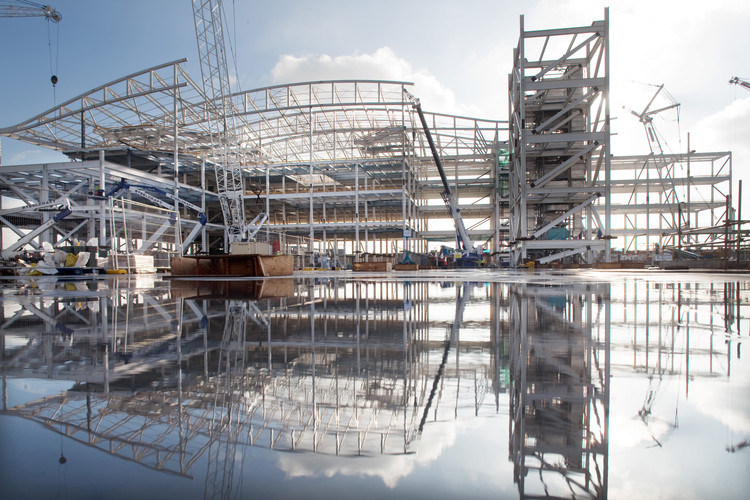 The new Terminal 2A at Heathrow Airport, when it opens its doors on 4th June 2014, will give a sense of delight and ease to passengers which has been missing from air travel for too long. Designed by luis vidal + architects (LVA), the new terminal makes generous use of natural light, enhancing the passenger experience. Navigation is much more instinctive than is usual and, in addition, for the first time in a major UK airport, passengers will have immediate access to the gate areas, which will be within sight of the retail and catering facilities. This should reduce passenger anxiety and make travelling a more pleasant experience.

Luis Vidal + Architects has achieved this with a design which is bold in concept and rational in execution and this delightful experience has been created in a project that has satisfied stringent requirements for timescale and budget. The undulating roof maps the passenger journey through the terminal into three zones – check in, security and departures. The unique design uses simplistic repetition in its elements, making it both fast and economical to build.

The use of the natural lighting from the northern facing windows is diffused and reflected within the terminal by the use of a fabric roof lining. This is yet another first for HAL (Heathrow Airport Limited) and is just one element of an environmental strategy which aims to reduce the CO2 generated by the terminal by 40 per cent. While the idea of the undulating roof with its vertical north lights has remained virtually unchanged since the early days of the concept designed by LVA, a great deal of detailed work went into proving and refining the concept. Part of this was because the fabric soffit that has been used on the roof interior was not one that had been used at Heathrow previously, except in one minor application. ‘We had to go through endless analyses to prove that it would work,’ said Luis Vidal. ‘We had to show that it could be cleaned, and that the acoustic properties were suitable.’

Even more important, the architect had to demonstrate that the combination of the geometry and the reflective properties of the fabric would allow a good quality of light – bright but not glaring. Using north light was a good start. This provides the best quality of light in the northern hemisphere – the one with the least heat gain and the least dazzling. This is why artists’ studios are traditionally angled to use north light, and why saw-tooth factory roofs have the vertical lights facing north. It was important to ensure that at all times passengers had a comfortable experience, so the architect carried out detailed computer simulations and also built mock-ups at the Bartlett school of architecture. In addition the architect devised a lighting system for the roof using subtle colour-changing LEDs. The lighting makes the roof form appear to float, adding to the sensation of lightness.

The temperature of the colour of the LEDs changes gradually through the day. This means that although the passengers will not be aware of the changes, they will be in a lighting environment that echoes the effects of a typical sky – warm colours at sunset and sunrise, a cool blue at midday, and an indigo blue at night. This should help to prevent some of the disorientation that comes with international travel, and will complement the actual sky which, unusually for air terminals, departing passengers will be able to see at all times. The sequence of the roof, and the view of the final destination, will lead passengers through the terminal in a manner that is as instinctive and natural as possible. There will be no chicanes, no dark corners – and passengers will be able to see the departing aircraft as they progress through the terminal, both helping them with navigation and bringing back some of the excitement of air travel which has tended to vanish in the last few decades.

The continued commitment to sustainable construction on Terminal 2 began before any of the new building had been erected, with the demolition of its predecessor. More than 90% of the demolition material was re-used. Terminal 2A has been designed to be as energy-efficient as possible. In addition to the use of natural light, there are large overhangs to provide shading on the East and West facades, so minimising solar gain. On the South façade there is a brise soleil consisting of aluminium solid tubes and metallic louvers.

In addition, there are a number of elements that will reduce the use of fossil fuels on the terminal. There are photovoltaic panels on the south facade, and there is a combined heat and cooling power plant set up to operate either with biomass or with gas. Rainwater from the roof will be collected and used for non-potable uses. In addition, there are water abstraction bore holes both to provide water for flushing the WCs and exchanging heat with the power plant and the chalk aquifer in the subsoil. In fact, Terminal 2, will be the world’s first airport terminal to be awarded BREEAM rating for its sustainable building design. 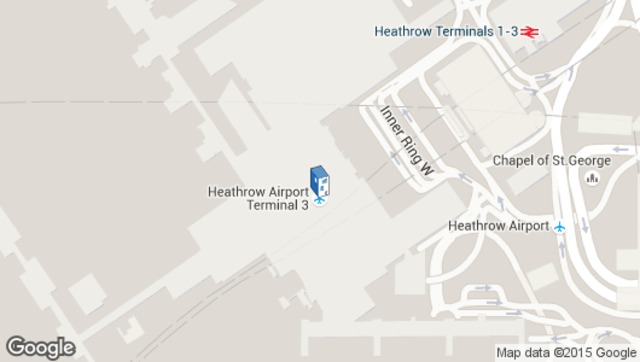 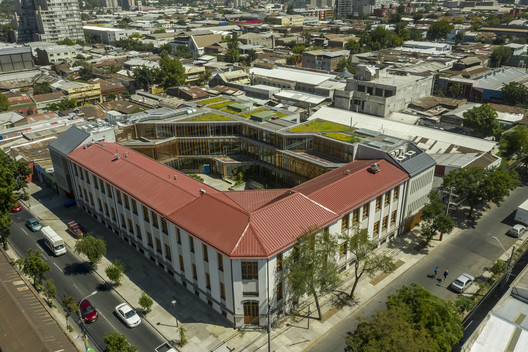