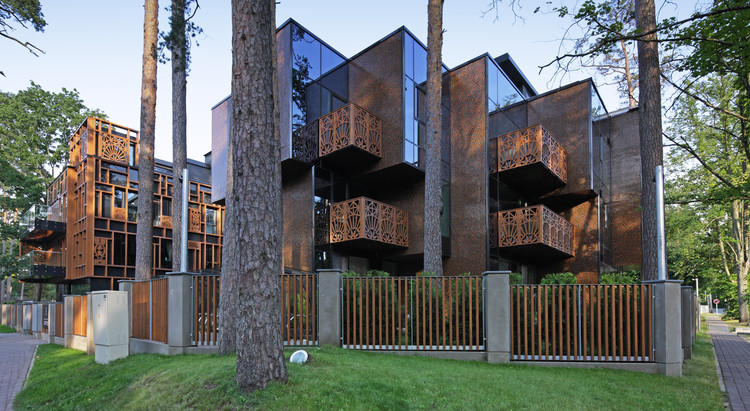 Text description provided by the architects. Jūrmala, a beach resort town located approximately 30 kilometers outside the Latvian capital Riga, is well known for its wooden arhcitecture. Most of the buildings date from the late 19th and early 20th century, when timber was the most common building material in Jūrmala. This wooden architctural heritage is typically characterized throughout Jūrmala by rich ornamental carvings.

Historical buildings in Jūrmala represent Classicism, Eclectism, Art Noveau and National Romanticism, as well as some features of Functionalism. However, the architecture – mostly residential - has been adapted to Jūrmala’s scale and climate. As a result, Jūrmala’s wooden architecture is elegant and airy, with lots of details – carved lace, small towers, weather vanes, verandas and stained glass windows.

Jūrmalas wooden architecture has been recognized as unique in the European context. Since 1988 Jūrmala’s historical centre and some residential areas are a UNESCO heritage site. The new three-storey apartment building is located at Dzinaru prospekts 32 – the very heart of Jūrmala. While Jūrmala’s hot spots of entertainent can be reached within five minutes walk, the site is located just across the street from the beach and is adjacent to a park.

The building’s architecture can be regarded as an interpretation of Jūrmala’s wooden heritage, seeking inspiration in both traditional ornamental carvings and the scale of the existing urban fabric. However, the last few decades have seen large scale apartment buildings become more common in Jūrmala, as land prices have steadily increased. To visually reduce the scale, the new building were split into three interlinking volumes, each having a slightly different architectural language representative of three dintsict periods in Jūrmala’s architectural development.

Entrance hall and lobby are located in the central volume. The two adjacent volumes create a small entrance patio, enclosing the entrance area from the street. An underground parking area is located beneath the building and patio.

The three building volumes are characterised by decorative ornamental panels and large glazed elevations, the later acting to reflect the surrounding landscape of pine trees. The North-West volume references Art Deco, and form was partly shaped according to the existing valuable trees. Its facade is covered with class mosaic tiles whose palette resembles that of the texture of pine bark and amber found locally. The architecture of the South-East volume has been derived from historical wooden structures, such as verandas, traditional carvings and stained glass panes found throughout Jūrmala.

In total, there are 21 apartments in the building, ranging from 55 to 166 square meters. Each apartment on the ground floor has an outdoor space, while the second and the third floor apartaments have generous balconies. Third floor residents are also able to enjoy private terraces on the roof. 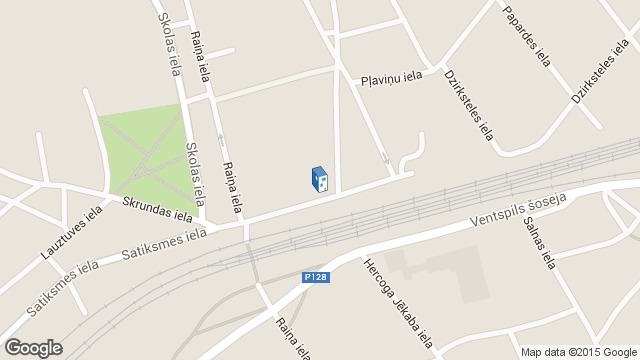