The Mivtachim sanitarium in Zichron Ya’akov is a brutalist masterpiece set on the forested slopes of Mount Carmel, overlooking the Mediterranean Sea. The simple yet complex design of the serpentine-shaped modular structure makes it appear to be “crowning” the mountain.

The building was designed by the Israeli architect Jacob Rechter in 1968 and immediately gained world-wide recognition, appearing in numerous international magazines and earning Rechter the prestigious Israel Award for architecture in 1973. Along with other brutalist icons, the Mivtachim Sanitarium was an idealistic, utopian structure, encapsulating the socialist ideas prevalent in 1960's Israel. 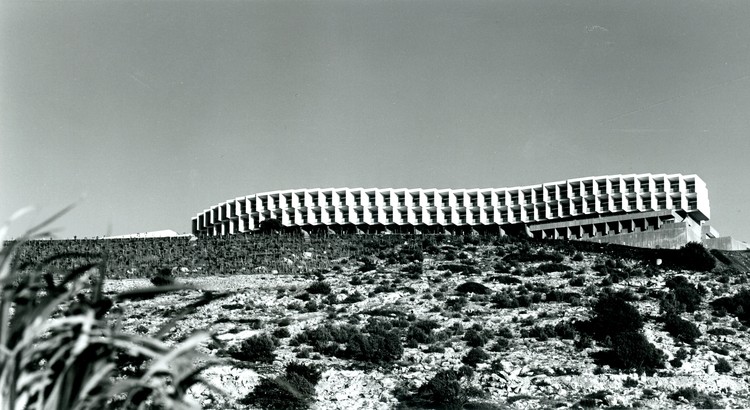 The 7,750 square meter structure was constructed of exposed concrete and contained two major sections: the guest rooms to the front, sharing the panoramic vista of the Mediterranean Sea, and the service and entrance hall in the back, which lead to the town of Zichron Ya’akov. The identical guest rooms were designed as humble, modular units multiplied in a wave-like form that followed the mountain’s curves. By raising the units upon large pilotis above the rocky mountain terrain, Rechter was able to achieve a “floating” affect, an aspect which was praised by the jury of the Israel Award in 1973: “The building provides a rare example of an architecture that synthesizes the earth and sky.”

Born in Israel, Jacob Rechter was the son of Ze’ev Rechter, one of the three founding fathers of Israeli architecture. Like many in the second generation of Israelis (known as “Sabras”), Jacob Rechter welcomed the radical style predominant in contemporary architecture at the time - from the white stucco of the international style (a movement associated with the diaspora) to the coarse, exposed concrete of brutalism. The use of this cheap construction method not only aligned Rechter with the international zeitgeist, but also expressed the local Israeli flavor. As architect Zvi Efrat states of the common use of concrete in Israel: “[it] is certainly not local, but it’s authentic in every sense.”

The Mivtachim sanitarium, owned by the Mivtachim Pension Fund, was the flagship of the “Histadrut” - the Israeli labour organization - and was meant to host periodical retreats where guests would rest, feast, and regain their energy. With the descent of the labour party, and the sanatorium's small rooms falling out of favor, the center was shut in 2004. In 2005, the Israeli philanthropist, Lili Elstein purchased the property and began converting it into a luxury hotel, adding five floors and demolishing major parts of the original structure; the renovation not only contradicted the building’s modest, modernist appearance, but also the socialist ideals inherent in the original sparse design.

Thankfully, a prolonged public debate caused Elstein to change her mind, and in 2010 the plan was replaced by a new modest renovation by Amnon Rechter, son of Jacob Rechter, along with the architect Rani Ziss. The new plan for a small boutique hotel contains 80 rooms, two renovated concert halls and an art gallery. Under young Rechter’s supervision, the exterior facade will be preserved, and all original wood work refurbished. Furthermore,  every two rooms will be merged into one in order to create larger, luxurious rooms. Amnon Rechter claims: “We are [...] fixing everything according to the original plans. Upon its completion, visitors of the property will view it as it was when my father completed it.”

Images of the project were provided by Architect Amnon Rechter 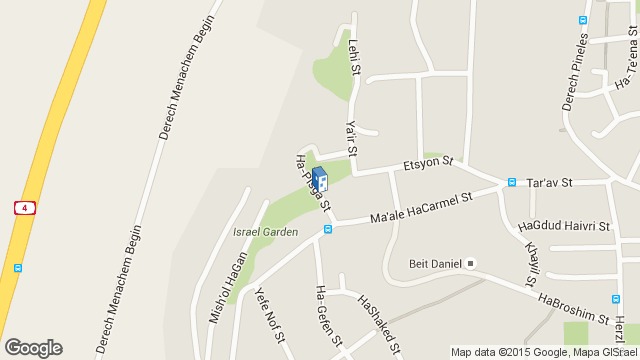