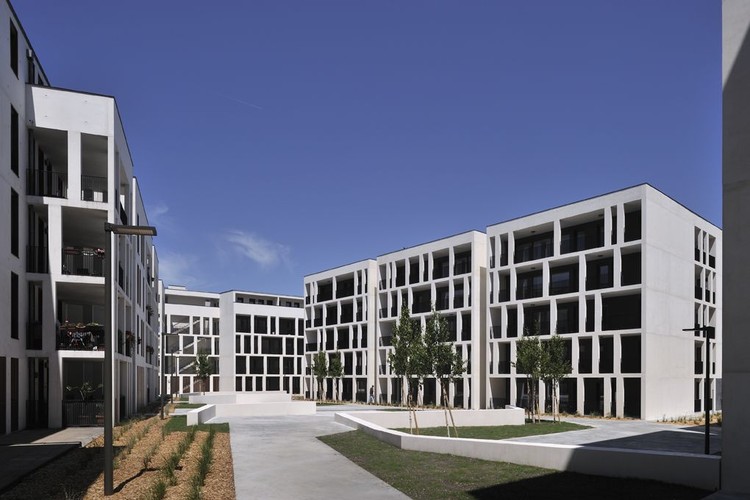 Text description provided by the architects. In scale with the neighbourhood, our proposal fits in with a general policy of creating closed blocks with buildings running continuously alongside the roads and featuring huge private central areas. The guidelines and recommendations thus fixed are clearly consistent with the idea of creating streets and lead to the conception of buildings which fit in with this project. This kind of urban development makes it possible to phase out the building work and the demolition work, both characteristic of this sort of project, in a coherent fashion.

The extremely heterogeneous nature of the immediate surroundings, (in which “tower blocks”, “long blocks”, old stone single-storey houses typical of Bordeaux “échoppes”, and small apartment blocks) leads us to propose architecture which is not just another kind of singular structure, but which, on the contrary, does its best to build up a form of continuity with the decidedly distinctive typology of the building in Bordeaux which structures the architectural landscape. This choice does not aim at all at formal imitation but rather at a new way of seeing things, which does its best to respect certain guidelines so that the building fits into the surroundings.

This is all the more important as it is a sensitive project socially speaking. This principle can be seen in the rue Eugène Leroy. Particular care was given to the emblematic elements namely the exterior joinery (in wood with shutters for closure), the edges of the roofs (zinc roofing with concrete eaves), the downpipes (incorporated into the façades), and the reinforced thickness of the settings of the ground-floor openings…

This care given to the architectural quality provided in these detailed elements is a characteristic of our way of working. Opposed to the moderate-sized openings on the south façade looking out onto the road, the openings which look over the central area are big, with the creation of large loggias leading off the main rooms of the accommodation.

It is important to underline the special attention given to the stairways, which are incorporated into the principle of outside courtyards thus enhancing considerably the distribution spaces. As for the accommodation, the desire to create diversity in the typology as well as in spatial organisation must be emphasized. The use of white concrete with a “raw finish” for the construction and wood for the exterior joinery confers expressive force and character on the whole development area. 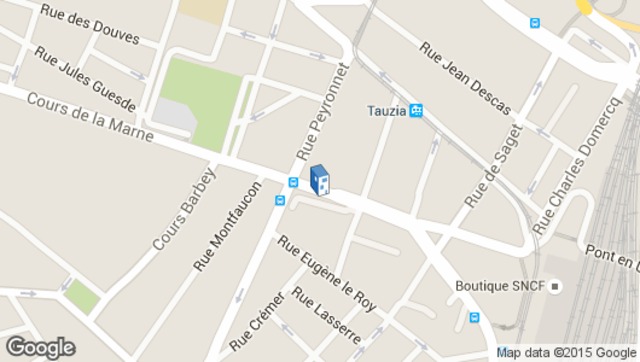